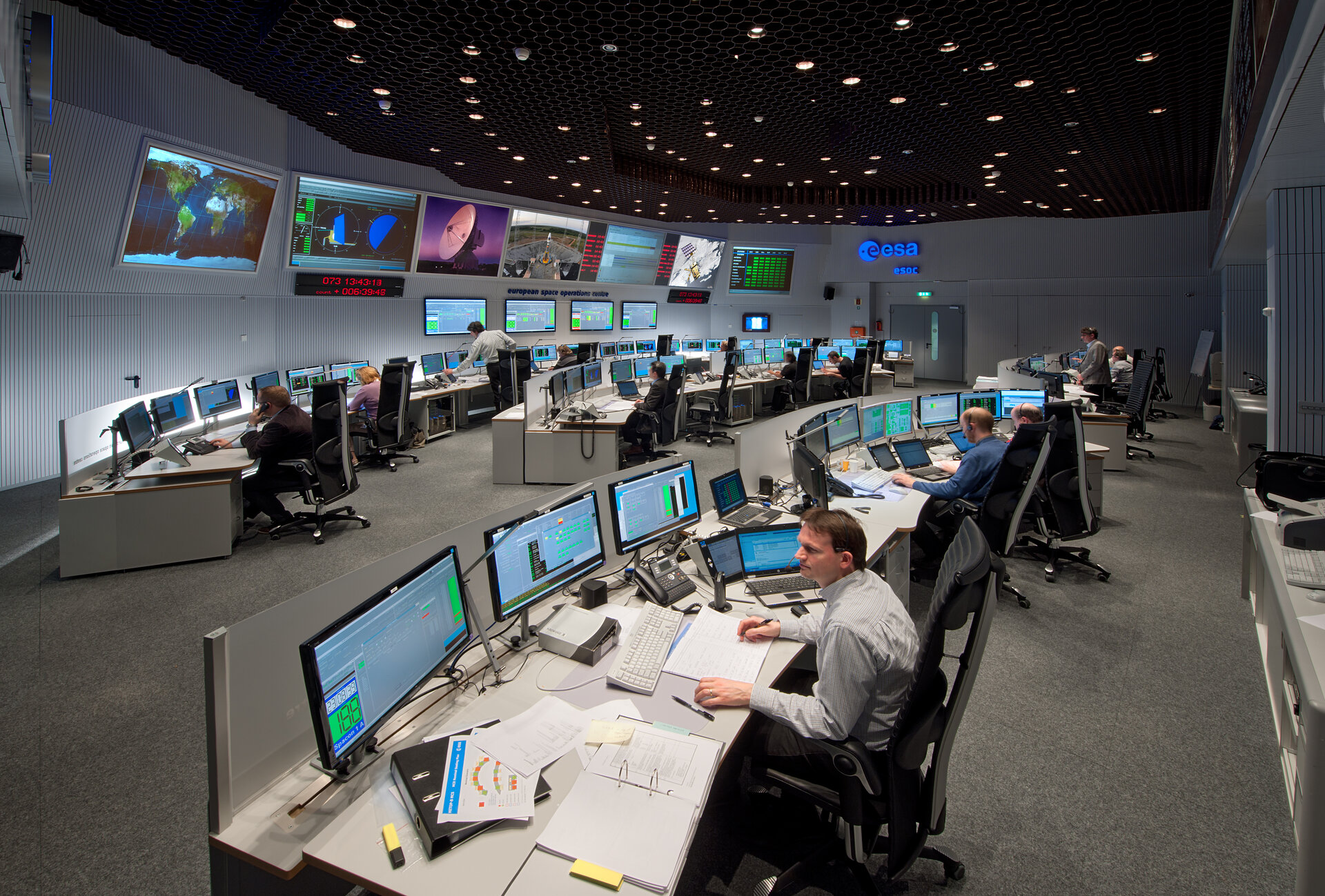 Europe’s new meteorology mission is set to soar into space on an Ariane 5 from Kourou on 5 July. Just 34 minutes later, ESA’s team of expert mission controllers will begin shepherding the satellite through the critical first steps of its life.

ESA developed the MSG series of satellites in close cooperation with Eumetsat – the European Organisation for the Exploitation of Meteorological Satellites – and ESOC is responsible for the complex ‘LEOP’ – the launch and early orbit phase.

Eumetsat will take over routine operations about ten days after launch, which is set for the night of 5 July.

But until then, a highly trained ‘team of teams’ at ESOC, ESA’s European Space Operations Centre, will be working to ensure that the 2000 kg satellite’s voyage from the time it separates from Ariane 5 until it reaches geostationary orbit goes smoothly.

Experts from ESA’s ESTEC Establishment, Eumetsat and the satellite manufacturer, Thales Alenia Space, will also be on hand.

“We have two main tasks during the 10-day LEOP. The first is to command a series of four engine burns to circularise its orbit into the final geostationary orbit,” says ESA’s Chris Watson, MSG-3 Spacecraft Operations Manager.

“The second is to activate the instrument, release its covers and conduct decontamination, to ensure that no moisture nor any other contaminants remains on the instrument’s critical surfaces (like the optics).

“We’ll staff the Main Control Room 24 hours per day, so it will be a very intensive time.”

Meteosat Second Generation-3 is the third in a planned series of four Eumetsat satellites that return highly detailed imagery of Europe, the North Atlantic and Africa every 15 minutes for use by meteorologists and national weather forecasters.

A partner station at Malindi, Kenya, will also support the mission.

Teams at ESA have been training for months in a series of rehearsals, drills and simulations. The mission controllers are supported by extended teams of specialists responsible for flight dynamics, ground stations, software and networks.

“ESA only operates the MSG satellites for a short time. So we cross-assign engineers from other missions and we must get everyone trained rather quickly,” says Chris.

Images taken during a launch and early orbit phase simulation at ESOC for the MSG-3 launch in June.

Around ten days after launch, the satellite will be more or less in its permanent geostationary orbit and its engine and other launch systems will be permanently locked out, because they will not be needed for the rest of the mission. From that time, just a single ground station is sufficient to fly the mission.

“ESOC is Europe’s ‘centre of excellence’ for flight control, LEOP activities and the development of mission control systems and applications.”