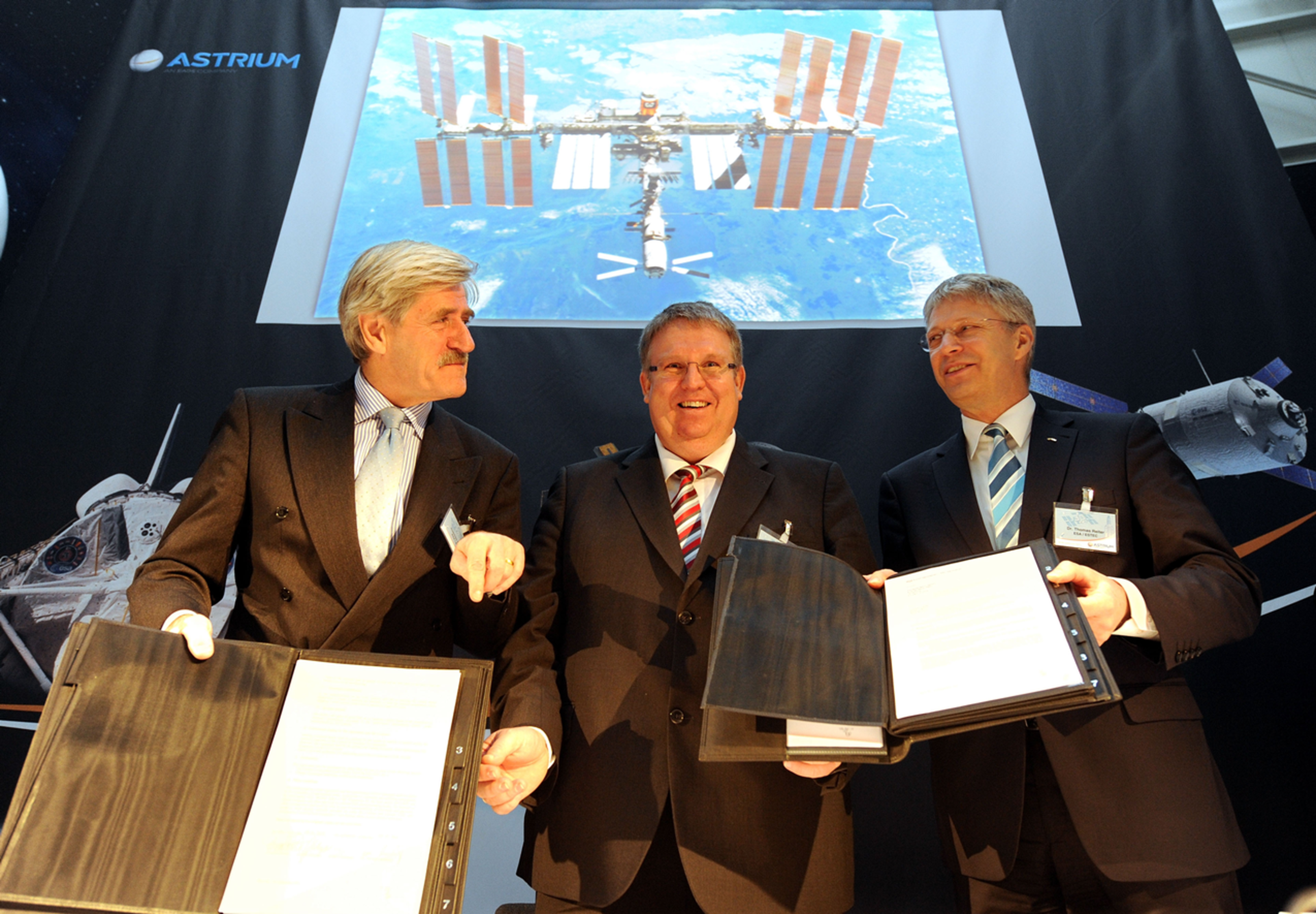 “In Astrium, ESA has found a reliable partner to serve as prime industrial contractor and consortium leader,” said Thomas Reiter.

“The company is uniquely placed to manage the operation and utilisation of the International Space Station through its experience in human spaceflight.

“By signing this initial contract today, Astrium has accepted the task of delivering services for the operation of the ISS during the period 2011/2012 for a fixed cost of €240 million.

Under the contract, Astrium will oversee an industrial consortium responsible for providing all services related to the European components of the International Space Station.

ESA and Astrium have also agreed to implement a series of measures over the next few years aiming to reduce the costs of the programme by some 30% between now and 2016.