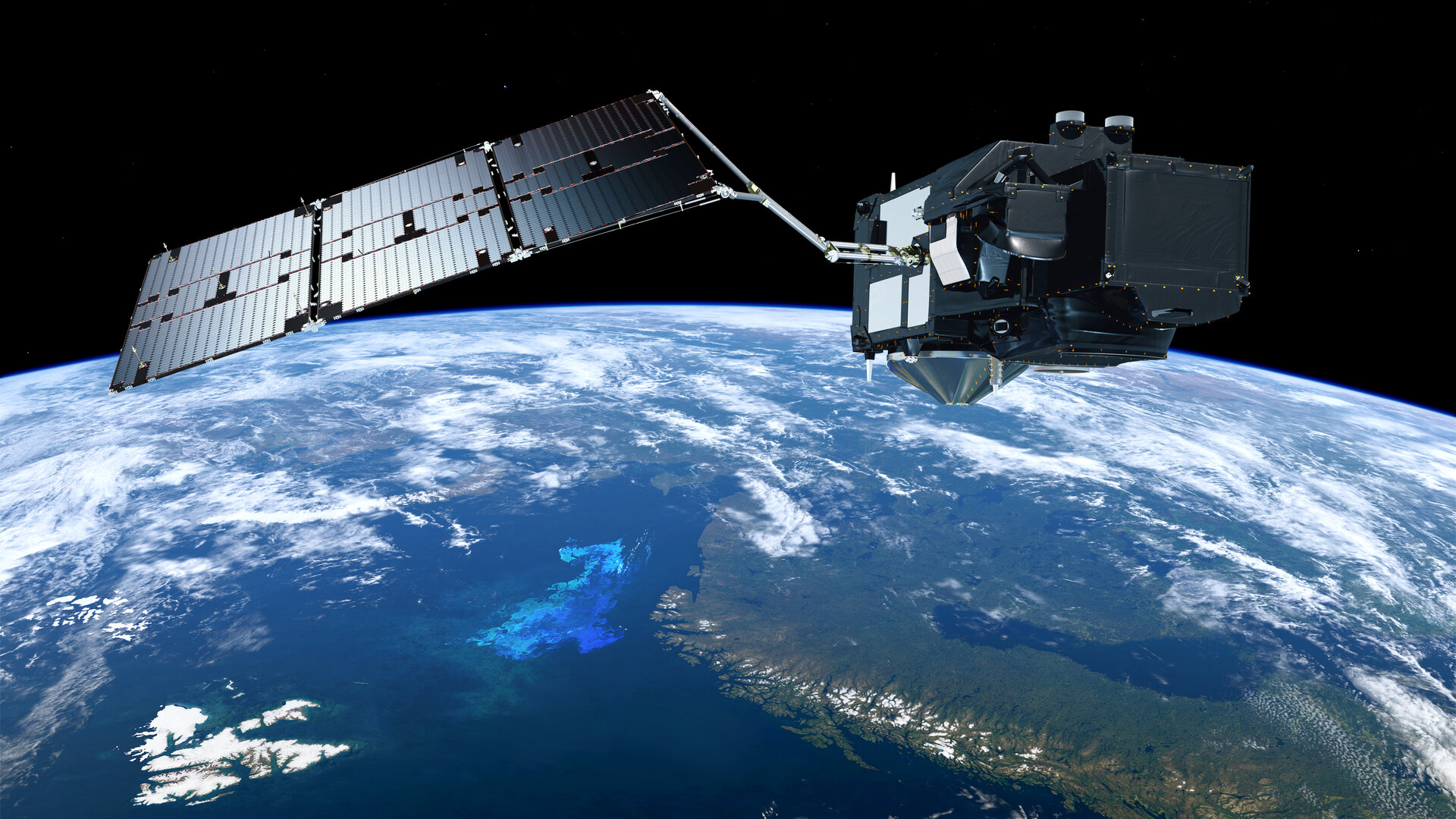 Getting the bigger picture on the health of our planet drew another step closer today as Europe’s Sentinel-3A satellite was handed over to Eumetsat for operations.

Since it was launched in February, the satellite and its instruments have been meticulously fine-tuned to make sure that everything is fit and ready for the task in hand: to systematically map Earth’s surface for a myriad of services related to both the oceans and land.

ESA’s Bruno Berruti has been responsible for taking Sentinel-3A from the drawing board and into orbit ready for service. He said, “As the last phase of the ‘project’, the handover signals the end to an intense five months during which we ensured the satellite and instruments are all working well so that they can start delivering routine data.”

As the most complex of all the Sentinel satellites, Sentinel-3A carries a suite of cutting-edge instruments to measure oceans, land, ice and atmosphere.

Supplying a new generation of data products, it is destined to be at the heart of operational oceanography. For example, it will provide measurements to monitor aquatic biological productivity and marine pollution, to map sea-level change and to forecast sea state for efficient and safe ship routeing.

As well as measuring the oceans, Sentinel-3A will also provide unique and timely information about changing land cover, vegetation, urban heat islands, and for tracking wildfires.

While the day-to-day running of the satellite has now been handed over to Eumetsat, both ESA and Eumetsat will manage the mission jointly.

Essentially, ESA is responsible for the land data products and Eumetsat for the marine products – all of which are made available for application through Copernicus services. ESA will also continue to monitor the satellite’s health.

“This handover also puts the EU–ESA–Eumetsat cooperation in Copernicus into full action. While the EU leads Copernicus overall, and ESA coordinates the space component, ESA and Eumetsat have complementary roles in the operation of Sentinel-3,” said Josef Aschbacher, ESA's Director of Earth Observation Programmes.

“ESA and Eumetsat are working together closely to ensure data and product availability for land and marine user communities, respectively. With Eumetsat also now responsible for the flight operations, this is a perfect example of European institutions putting their best capacities together to benefit Europe's citizens.”

José Morales, Head of the Copernicus Flight Operations Office at ESOC, ESA's operations centre in Darmstadt, adds: "After six months of intense work implementing the initial phases of Sentinel-3A in close cooperation with the Eumetsat operations team, it is now time for hand over to its final operator. Next, the ESOC team will concentrate on preparing its twin brother, Sentinel-3B, for launch in 2017."

Hilary Wilson, Eumetsat’s Sentinel-3 project manager, added, “After this intense five-month period we are looking forward to taking over the routine operations of the satellite from ESA and moving into what will hopefully be more than a decade of smooth operations bringing these important data to users worldwide.

“Working together with ESA, we are proud to have achieved this important milestone.”

The data have already been put through a reality check. As part of the commissioning phase, ESA and Eumetsat engaged with users, who have provided feedback on these sample data products.

Susanne Mecklenburg, ESA’s Sentinel-3 mission manager, said, “It is very exciting to see the first data already being looked at by the operational and scientific community – the people who asked for the continuity of such measurements and defined their requirements in the first place.

“After only five months of commissioning, we have already released samples for most types of data products. The coming months will see a gradual ramp-up of our processing and data dissemination activities to make sure that the user community is served in the best possible way.

“The intention is to release first operationally qualified data products to all users in September.”

The full mission comprises two satellites flying in a constellation to meet the demanding coverage and revisit needs of the Copernicus Services.

So while Sentinel-3A is well on the road to start delivering data that is expected to make unique contribution to the paradigm shift in monitoring our planet, ESA remains busy preparing its identical twin for launch in 2017.

Data from the Sentinels are used worldwide and are free of charge.