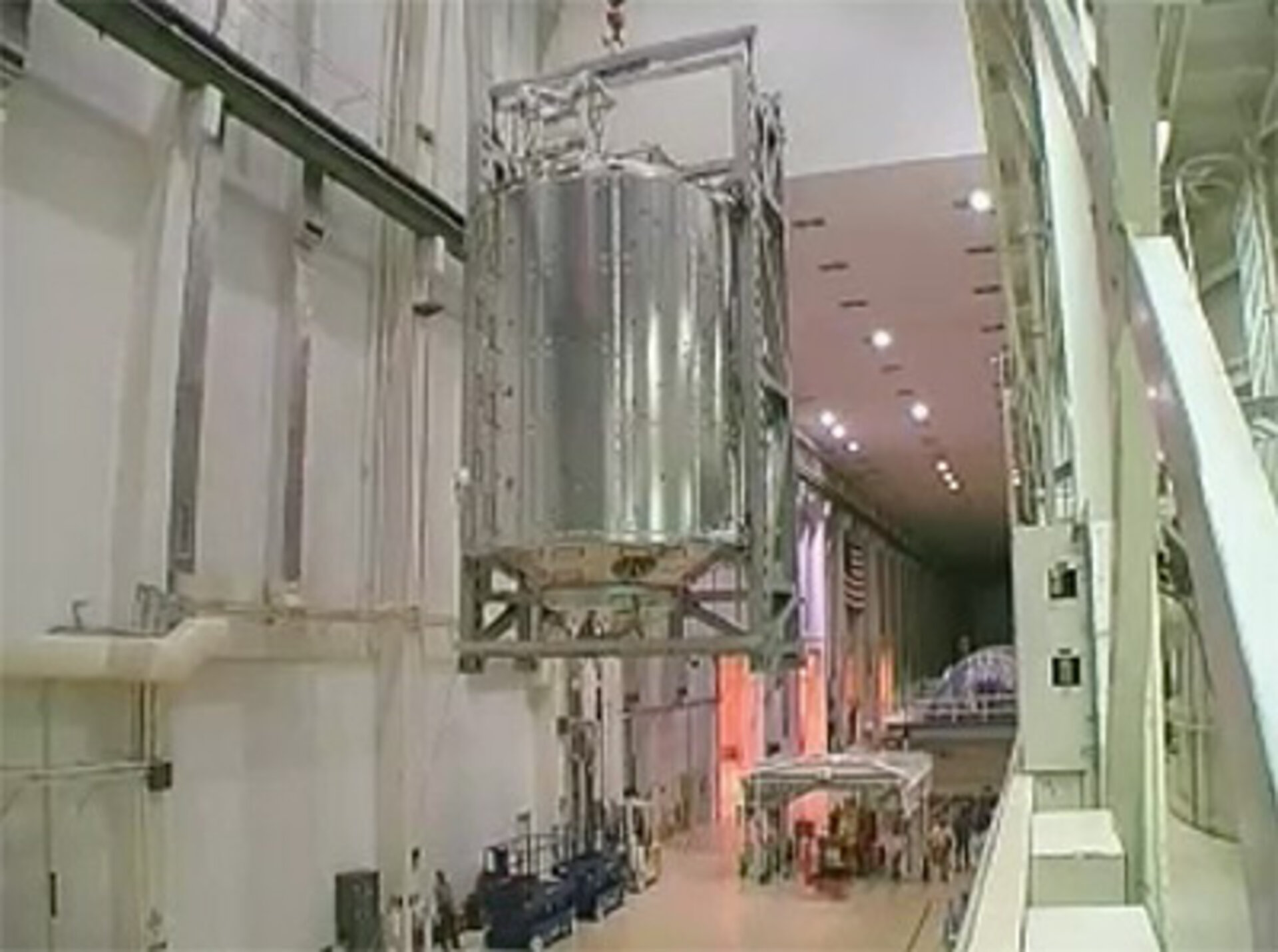 The European Columbus laboratory is ready for launch to the International Space Station. The laboratory is closed and all systems are checked and installed.

The next step is to transfer Columbus and the external payload carrier by canister to Space Shuttle Atlantis, where they will be mounted into the cargo bay in the second week of November. A month later, the space laboratory will be launched into space.

Once on board the Station, ESA astronaut Léopold Eyharts will support the activation and check out of Columbus and its experiment facilities. Although Columbus is smaller in length than the other modules of the ISS, it offers the same number of racks for research as the American and Japanese laboratories and all initial internal and external payloads are launched together with the module, thereby saving extra launches, time and expense.