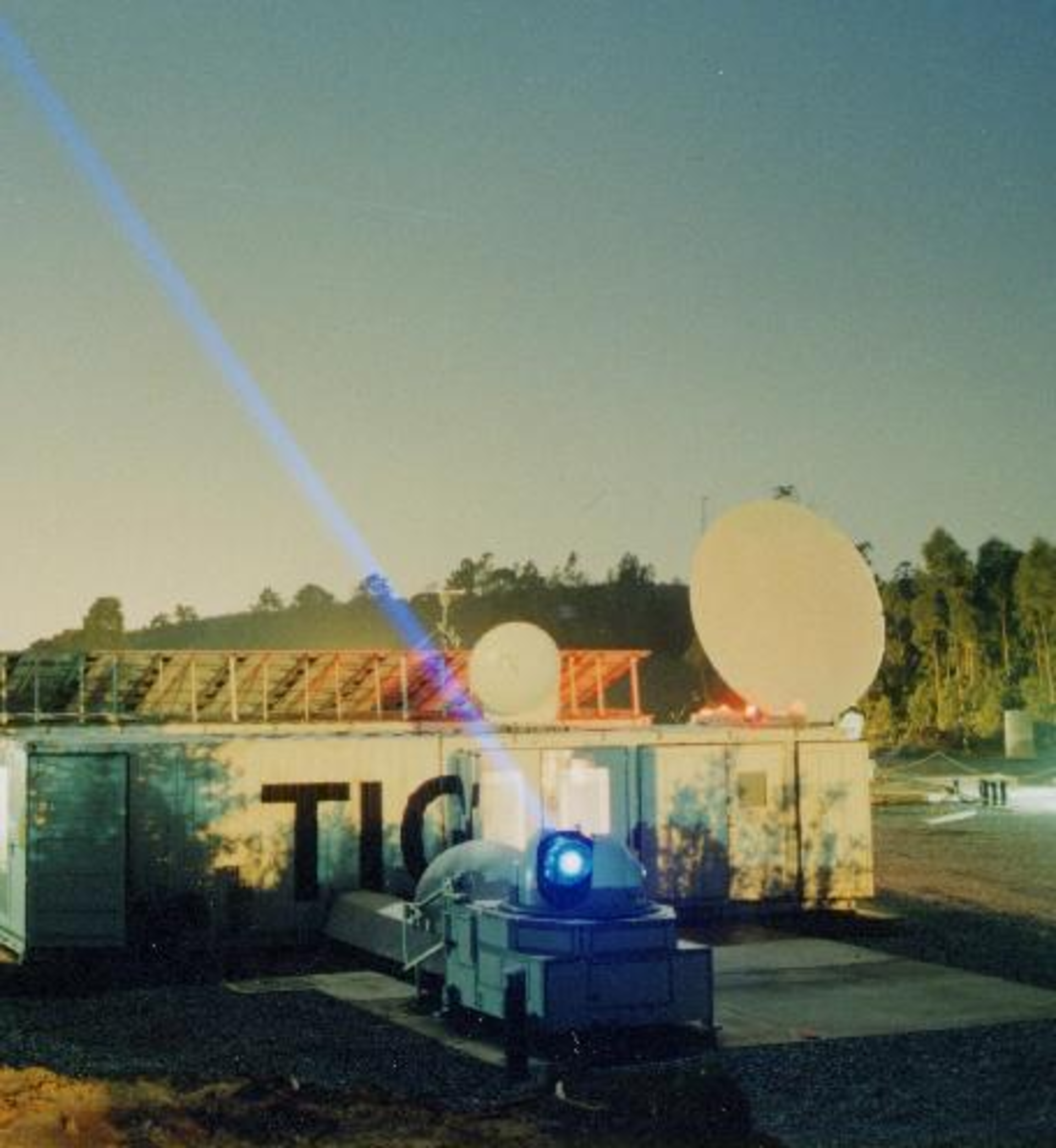 The first laser ranging of Europe's new Galileo navigation satellites has been achieved from Concepción in Chile. Laser contact with the satellites at an altitude of 23 230 km has provided distance measurements with subcentimetre accuracy.

The Transportable Integrated Geodetic Observatory, TIGO, in Concepción, performed the world's first laser ranging to the first Galileo satellite on 27 November at 02:45 GMT, and to the second satellite two days later at 10:05 GMT, using a near-infrared laser beam.

TIGO is equipped for various observations: in 2006 its radio telescope monitored ESA's first Moon mission, SMART-1, during its end-of-mission impact on the lunar surface.

Like many modern satellites, the Galileo satellites are fitted with reflectors that work like motorway 'cat's eyes', to bounce the laser pulse back where it came from.

The time the laser takes to return to the ground is measured with an ultra-precise timer. The speed of light is fixed, so the distance to the satellite can be measured with an accuracy of better than a centimetre.

TIGO is owned by the German Bundesamt für Kartographie und Geodäsie (BKG) and has been operating jointly with the Universidad de Concepción (UdeC) and the Chilean Instituto Geográfico Militar (IGM) since 2002. It was established to fill gaps in various types of worldwide geodetic measurements.

TIGO was the first station in the 40-strong International Laser Ranging Service network to range the Galileo satellites, with Herstmonceux in the UK and Matera in Italy among the next Satellite Laser Ranging stations to succeed.

It can also measure the distance of the Moon from Earth, thanks to laser reflectors left on the lunar surface by the US and Soviet Union.