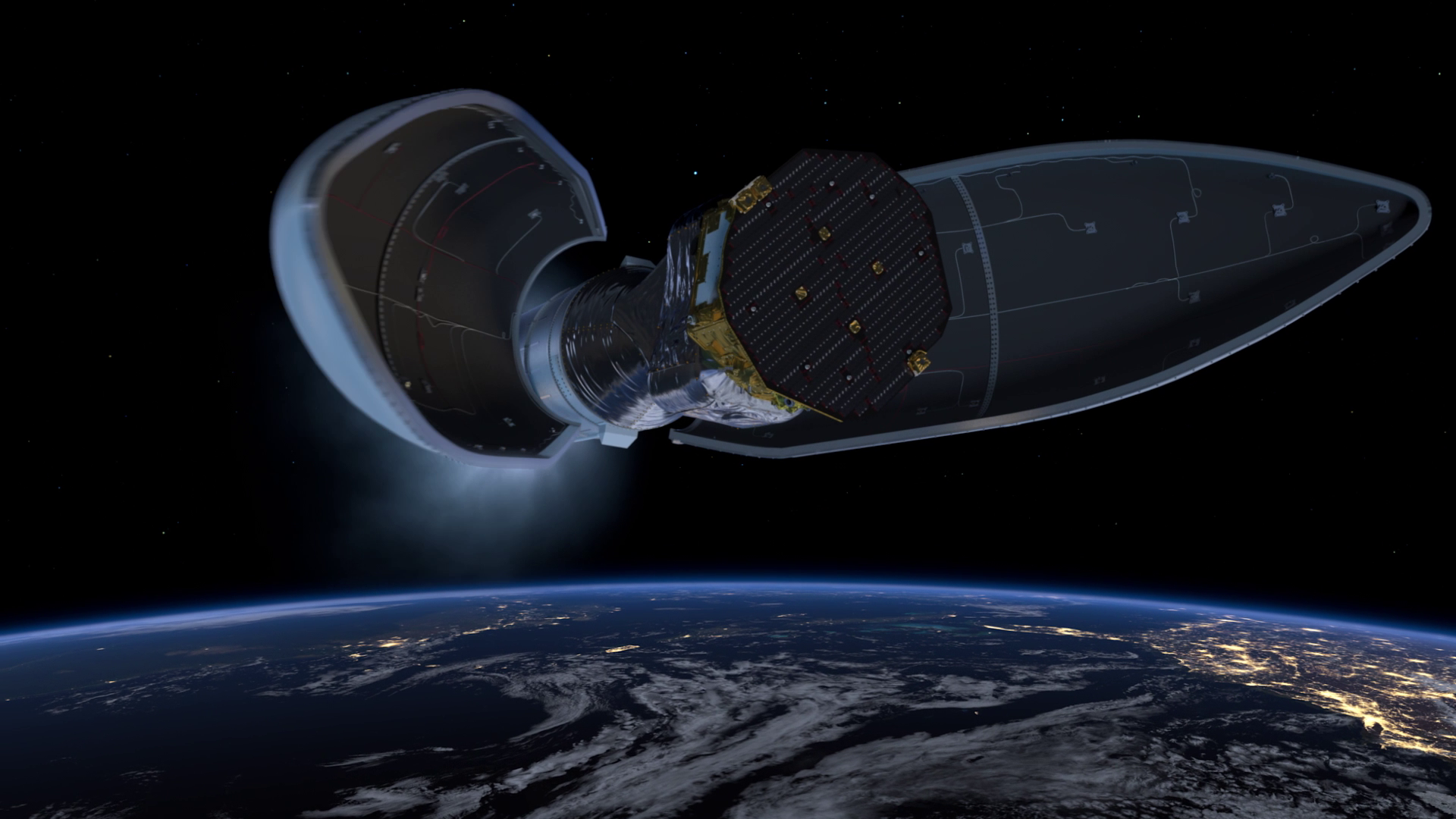 Following months of intensive training, mission controllers for the LISA Pathfinder gravitational wave detection testbed will complete a final rehearsal tomorrow, ensuring that all is ready for the journey to space.

Next week, a Vega rocket will lift LISA Pathfinder into space on a mission that will test-drive the hardware for detecting gravitational waves – ripples in spacetime, the very fabric of the Universe.

Vega is expected to lift off at 04:15 GMT on 2 December from Europe’s Spaceport in Kourou, beginning a 105-minute ride to space.

LISA Pathfinder will separate from the final stage at around 06:00 GMT, moments before transmitting its first signals to the ground.

For engineers at ESA’s ESOC control centre in Darmstadt, Germany, separation is a crucial moment in the demanding first days in orbit.

Teams will establish control, start switching on the control systems and begin taking the craft through a series of health checks.

Experts spanning a range of specialities, including mission operations, flight dynamics, software and ground stations, will work 24 hours a day for the first dozen days to ensure LISA Pathfinder is operating as it should and to send it towards its final destination.

It will conduct its mission circling the ‘L1 Lagrange point’, a virtual position in space some 1.5 million kilometres from Earth in the direction of the Sun.

“LISA Pathfinder is a complex mission,” notes flight director Andreas Rudolph. “Even after we’re safely in space, we will have to make seven or eight thruster burns in the first 10 days to take it as safely as possible through Earth’s radiation belts and get it onto the correct trajectory.

“We won’t arrive at around L1 until late in January, and until then teams will be working intensively to ensure that the thruster burns go as planned, that our navigation is correct and that we ensure the instruments and all flight systems are working normally.”

LISA Pathfinder’s science mission is expected to last 180 days (updates and details on the science and technology objectives).

By launch day, the 80-plus people on the mission teams will have completed many months of training, including a lengthy series of simulations using the Main Control Room at ESOC.

“Throughout 2015, the mission team have spent many hours sitting ‘on console’, using simulation software and real flight hardware to practise all stages of the mission,” says spacecraft operations manager Ian Harrison.

“We’ve practised routine situations as well as contingencies, so that everyone knows what to do if something goes wrong.”

Several of the trainings were ‘live’, with mission control systems at ESOC connected to LISA Pathfinder as it was being completed at a test centre near Munich. Many simulations also included the science operations teams responsible for the instruments.

The mission will initially be followed by ESA ground stations at Kourou in French Guiana, Perth in Australia, and Maspalomas in Spain, as well as by a dedicated antenna at Italy’s Malindi station in Kenya.

On launch day, grabbing the first signal from LISA Pathfinder will be particularly complicated because the spacecraft uses higher-frequency ‘X-band’ radio signals for its communications. This produces a much narrower beam than the traditional lower-frequency S-band radio waves normally used for missions to low Earth orbit.

“X-band is typical for a craft that will voyage 1.5 million kilometres from Earth,” says ground operations engineer Fabienne Delhaise, “but is not common for satellites in low orbit, which is where LISA Pathfinder starts out.”

“This means our ground stations must point especially accurately and use a special adapter to catch signals just after separation, when the craft is still near Earth.”

Later, once its orbit rises above about 45 000 km, mission controllers will use ESA’s powerful deep-space radio dishes in Australia, Spain and Argentina, which are designed just for such distant signalling.

“Our mission teams are ready, the tracking stations are ready and our carefully developed ground systems are ready,” says Paolo Ferri, who heads ESA’s mission operations.

“We’re excited about the technology on board and we’re looking forward to a smooth launch and an excellent start to this fantastic mission.”