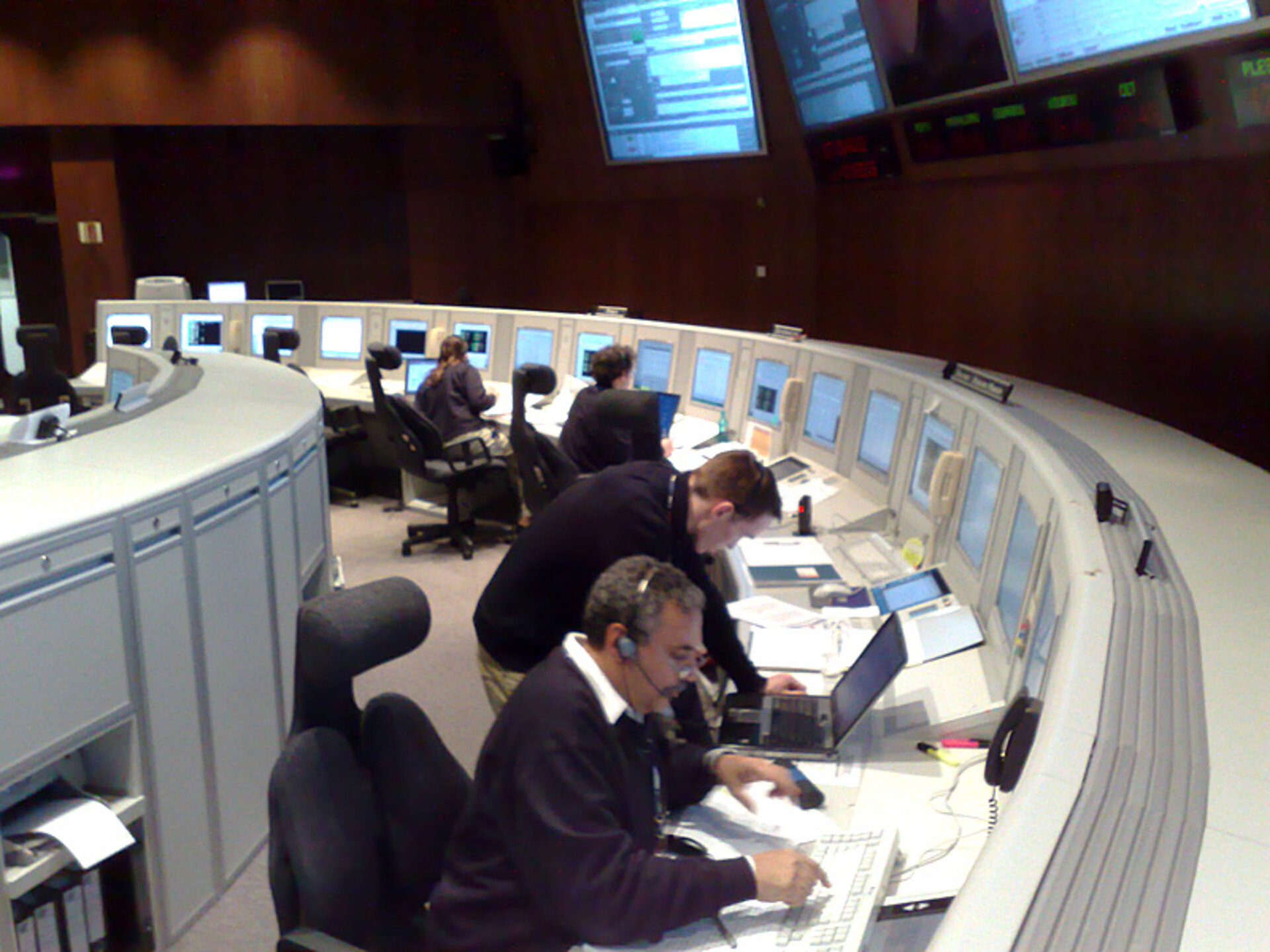 The Mission Control Team at ESOC, ESA's Space Operations Centre in Darmstadt, Germany, are now conducting the complex and critical 'Launch and Early Operations Phase' (LEOP) for GOCE, which was successfully launched into a polar orbit at 15:21:13 CET yesterday on a Rockot launcher.

Following yesterday's liftoff, separation of GOCE from the launcher and first acquisition of signals from the spacecraft were confirmed by Flight Operations Director Pier Paolo Emanuelli during a long day working with the Mission Control Team in the Main Control Room from two hours before until 10 hours after launch.

"Our first status report was issued yesterday evening five hours after launch, reporting that everything was nominal with the spacecraft," said Emanuelli.

"Overnight, we had a few minor problems, but nothing out of the ordinary. Overall, everything is going well and we are very happy with the booster performance and the spacecraft," said Ferri, speaking this morning in the Main Control Room at ESOC.

Everything is going well and we are very happy with the booster performance and the spacecraft.

During the three-day LEOP, on-board flight control systems will be thoroughly checked-out and the spacecraft brought step-wise through several modes of operation to achieve a stable, fully functioning status.

Communications with the Gravity field and steady-state Ocean Circulation Explorer (GOCE) spacecraft during LEOP are being enhanced by a network of four ground tracking stations, which are providing additional communications capacity.

The spacecraft is currently in Coarse Pointing Mode, the most basic level of functioning, which was entered immediately after separation from the launcher.

Today's work includes preparing the spacecraft to switch to Extended Coarse Pointing Mode (ECPM), which enables a higher level of autonomous flight control; this is scheduled for 20:00 CET this evening.

ECPM also includes orienting the satellite so as to minimise the cross-section exposed to the atmosphere, thus limiting altitude decay. As planned, GOCE is orbiting in free flight and the electric-ion propulsion has not yet been switched on.

Another crucial LEOP step is calibrating the on-board magnetometers, which enable full attitude control to be established; this was done overnight.

Later today, the team will issue commands to switch on the Satellite-to-Satellite Tracking Instrument - a state-of-the-art GPS (Global Positioning Satellite) receiver on board GOCE that has been specially adapted to operate in a low-Earth orbit environment. As well as supporting scientific data analysis, the SSTI will also provide real-time navigation data to the on-board orbit control system.

ESOC's Flight Dynamics team is also providing round-the-clock support, and will today perform a series of calculations to enable the spacecraft to be switched into Fine Pointing Mode.

FPM is a higher level of functioning that can be maintained indefinitely while the on-board scientific instruments are commissioned. This is planned for 18:00 CET, 19 March.

'Delighted' to see GOCE in orbit

Throughout the Agency, the extended network of teams that have worked on all aspects of the mission were delighted to see the spacecraft finally lofted into orbit yesterday.

"This is the moment we have looked forward to for so long. It is an enormous relief for all of us. We have worked for 10 years preparing this mission, and we are fully convinced that it is important and will give good results," said Reiner Rummel, Chairman of the GOCE Mission Advisory Group and one of the scientists who initiated the GOCE mission.

Once GOCE is switched into Fine Pointing Mode tomorrow evening, and the additional ground tracking stations supporting LEOP are released (nominal communications will be provided via ESA's ESTRACK station at Kiruna, Sweden), the LEOP phase will be formally over.