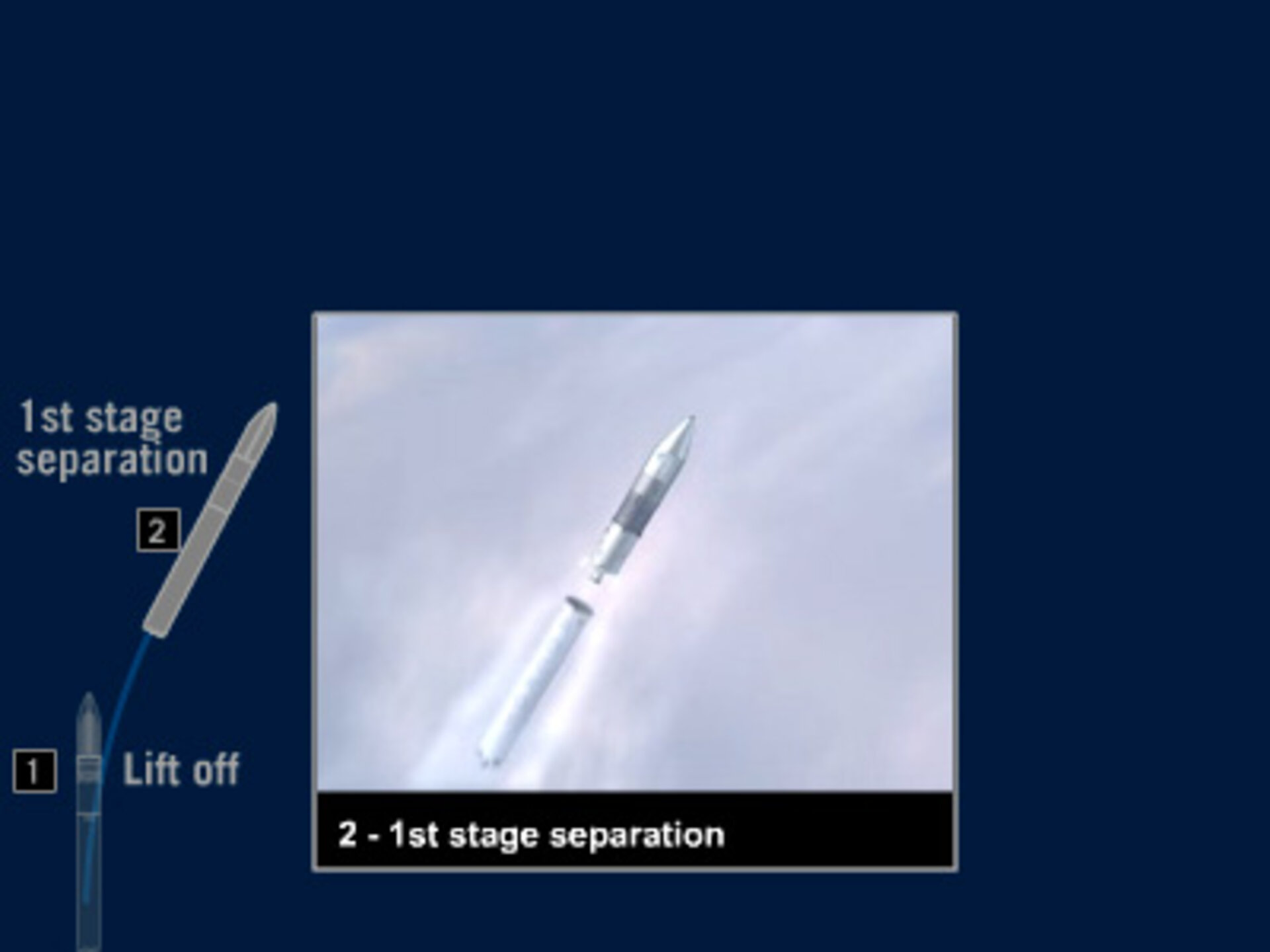 GOCE will be launched into a Sun-synchronous, near-circular polar orbit by a Russian Rockot vehicle from the Plesetsk Cosmodrome – the only orbital launch site located within European territory.

The Mission Control Team will work from ESOC's Main Control Room, however, to oversee the critical LEOP (launch and early orbit phase) activities, lasting from launch until L+3 days.

The spacecraft will be injected into orbit at an altitude of about 280 km, from where the satellite will 'fall' gradually to its operational altitude of around 260 km.

This process will take approximately 45 days, during which it will be commissioned and the electrical propulsion system checked. The satellite will travel at a speed of about 8 km/s in order to remain in 'free-fall'.

Situated in the Archangel region of Russia at 62° 54' North and 40° 41' East, Plesetsk is Russia’s most northerly rocket base, used to place mainly military satellites into polar orbits.

Surrounded by Taiga forest on the eastern banks of the Yemsta River, Plesetsk was founded as the world’s first operational intercontinental ballistic missile base.

At the end of the 1950s, four launch complexes were built there for the famous Semyorka R-7 launcher that continues today as the Soyuz manned vehicle.

In the early 1960s Russia needed a launch site that could reach militarily useful polar orbits inaccessible from Russia’s main site at Baikonur in Kazakhstan.

The job of selecting a site for a northern Cosmodrome began at the beginning of 1962. At the end of that year, Plesetsk was selected and on 2 January 1963 Plesetsk was made a Cosmodrome by Presidential decree.

Until 1983, the very existence of Plesetsk was a state secret, but after the end of the Cold War it was opened up for commercial launch services. Today, Soyuz, Cosmos-3M, Rockot and Tsyklon vehicles are flown from Plesetsk.