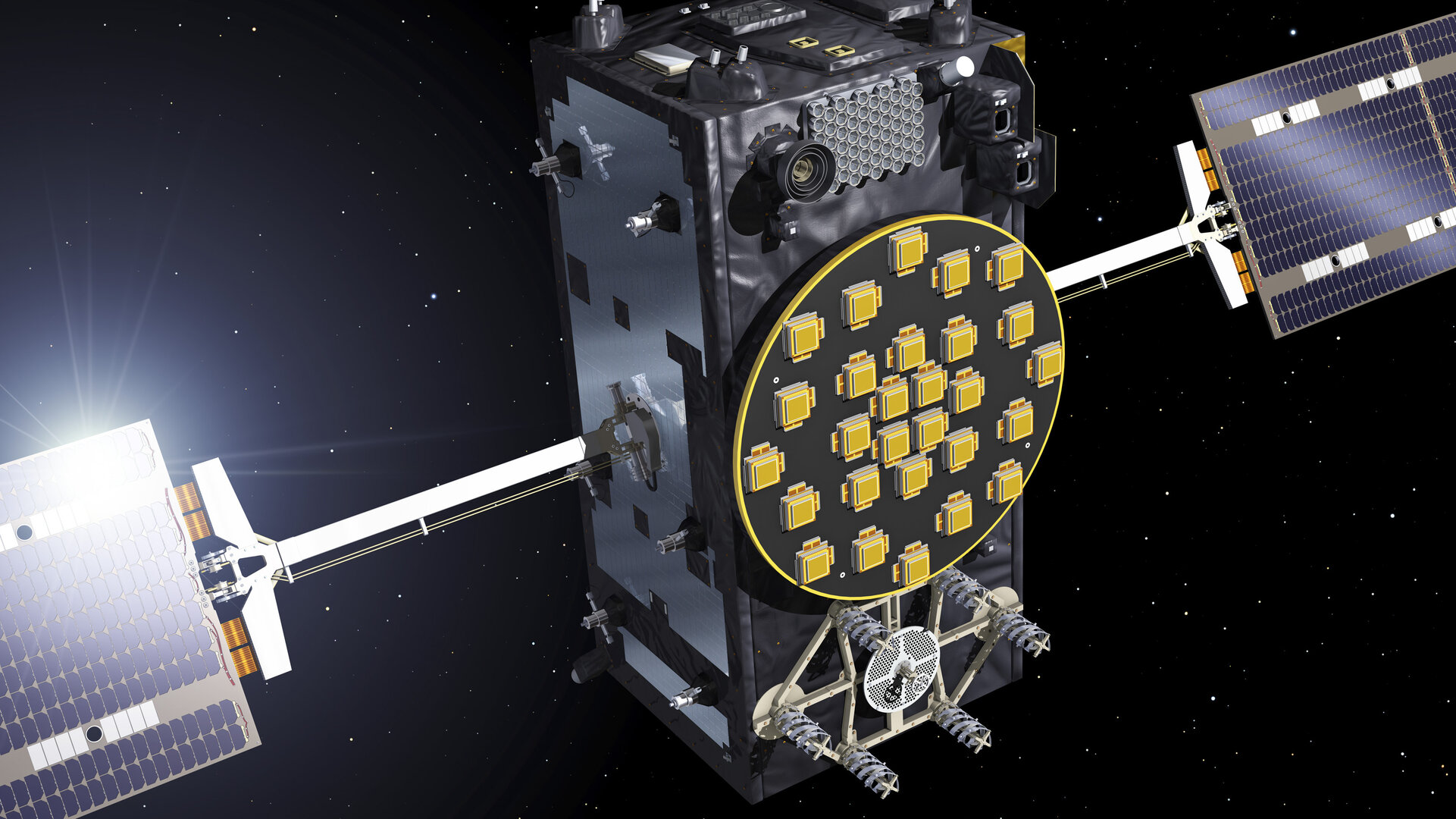 A pair of fully functioning Galileo navigation satellites was recently delivered to its operators, as preparations get underway for the next round of launches.

On 27–28 September, the two satellites launched on 22 August were handed over from ESA’s Space Operations Centre, ESOC, in Darmstadt, Germany, to the Galileo Control Centre, Oberpfaffenhofen, which will care for them pending a final decision on their use.

The satellites are in excellent health and working normally.

A launcher problem left the pair in the wrong orbit, with higher apogee, lower perigee and an incorrect inclination compared to the planned circular orbit.

The orbit presented a sudden and unexpected – though not untrained for – challenge to the team at ESOC responsible for the launch and early orbit phase.

For months before each Galileo launch, a joint team of mission operations experts from ESA and France’s CNES space agency train intensively for this critical period, which typically lasts about eight days, from separation until handover to Oberpfaffenhofen.

“After launch, we quickly discovered that one of each satellite’s pair of solar wings had not deployed correctly,” says Liviu Stefanov, Spacecraft Operations Manager.

“At the same time, difficulties in receiving radio signals – indicated by unusually low power and instability – alerted us to the fact that the orbits could be incorrect.

“Basically, the ground stations were pointing to where we expected the satellites to be, and they weren’t there, so we weren’t getting good signals.”

Working around the clock, and with assistance from the Galileo project engineers and the satellite builder, the teams then started to look at how to free the solar arrays.

“Each undeployed wing had to be treated as a separate problem,” says Flight Operations Director Hervé Côme.

“Each satellite had to be manoeuvred separately into an orientation where the undeployed panel was facing the Sun because we realised that one cause was linked to the low temperature of the release mechanism.

“It all required developing, validating and rehearsing new flight operation procedures ‘on the fly’.”

It took three days to release the trapped solar wing of the first satellite, and then two days later the second Galileo’s stuck array was also freed.

The satellites have since been brought into full operation, as the teams in Darmstadt were tasked to retain control for five weeks – four weeks longer than planned.

“This was very demanding on the ESA and CNES personnel, and on the ESOC operations team in particular, but the strong bonds developed through months of joint training enabled them to perform very well,” says Liviu.

Possible uses of the two satellites are now being studied and a future mission scenario will be decided at a later date.

While handing over the satellites to the Galileo Control Centre, where they are operated by teams from a private company, spaceopal GmbH, had been practised in the past, this was the first time it was done with Full Operational Capability satellites in orbit.

The delicate process involves transferring responsibility for commands and telemetry, and beginning the satellites’ ‘secure mode’ of operation by the teams at Oberpfaffenhofen. The handover ran very smoothly over the last weekend in September.

“By the end of the Saturday, the first satellite was fully handed over, while the second handover took place on Sunday,” says Richard Lumb, ESA’s Galileo Mission Director.

“I am extremely proud of the entire Mission Control Team and the way they handled a dramatic and very critical situation resulting from multiple, independent anomalies,” says Paolo Ferri, ESA’s Head of Mission Operations.

“After launch, the joint team managed to maintain control of the satellites under extremely difficult conditions, rapidly stabilised them and determined the actual orbit.”

“The accuracy and professionalism of the subsequent handover activities also showed that the joint team at ESOC and the spaceopal team at the Galileo Control Centre are very well ‘tuned’ for this procedure, which will become increasingly frequent with future launches.”