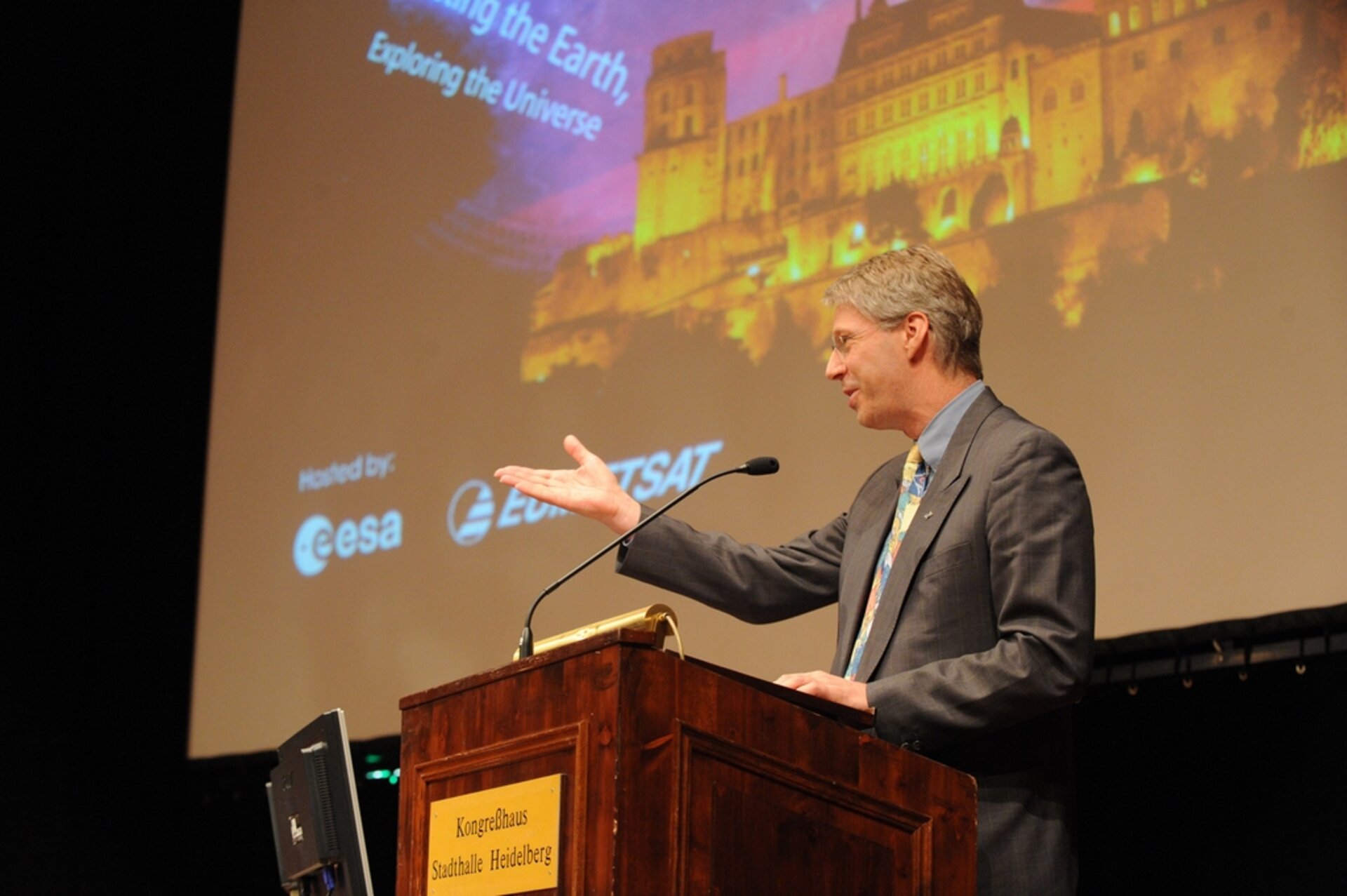 The bi-annual SpaceOps 2008 conference ended 16 May after a successful week of presentations, seminars and discussions focused on mission control technology and spaceflight operations. SpaceOps 2008 was attended by engineers, scientists, policy makers and academics from most major space agencies in the world as well as private industry.

"We are seeing definite trends toward more automation and virtualisation in the area of spacecraft operations. These are required not only because deep-space and near-Earth missions are becoming more complex, but also because all spacecraft operators must rationalise infrastructure and reduce costs. These are strong challenges, but ones that the community will achieve," said Paolo Maldari, conference co-chairperson from ESA's Space Operations Centre, Darmstadt, Germany.

Maldari said that presentations during the week also highlighted a growing trend toward multi-satellite control systems, in which a single set of control infrastructure on the ground can operate more than one satellite. This can be a cost-effective response to the increasing requirement to use fleets of multiple spacecraft for Earth-observation missions or for sophisticated science investigations in near-Earth space.

"We also saw and heard a great deal on the growing requirements for end-to-end spacecraft operation services, in which all aspects of flight operations are provided in an integrated manner, freeing the owner of the satellite to focus on the scientific results generated from the mission," said Maldari.

The programme included multimedia presentations on Earth Observation, weather and climate together with appearances by two German astronauts, Hans Schlegel and Thomas Reiter.

The event helped boost public participation in SpaceOps - normally only attended by specialists - by illustrating the many benefits to Europe's citizens generated by space activity.

One of the best-attended seminars at SpaceOps 2008 was a special break-out session focusing on space debris, a topic of growing concern to the international space-faring community.

Maldari emphasised that the message to attendees was blunt: "No one who flies in low-Earth orbit or in the commercially crucial geosynchronous orbit can any longer afford to ignore the threat posed by continued unsustainable practises of spacecraft disposal and debris creation that have been common in the past," said Maldari.

According to Maldari, participants were provided an excellent overview of future plans and developments in the space operations community in the coming years. "It was great to have the Russians and Chinese representatives taking part; it was great to see what the Russians are planning for Mars - it's very ambitious," he added.

He said that future missions are becoming increasingly complex and one of the key elements in future operations outlined throughout the conference was international cooperation based on interoperability of mission support infrastructure. This calls for the adoption of common standards in the conception and implementation of future missions, both on board the satellite and on ground.

SpaceOps 2008 was organised by ESA and EUMETSAT (the European Organisation for the Exploitation of Meteorological Satellites), in cooperation with the American Institute of Aeronautics and Astronautics (AIAA).

The conference is organised in turn by members of the International Committee for Space Mission Operations and Ground Data Systems (the 'SpaceOps Organisation'), which include representatives of most spacecraft operating organisations and institutions. SpaceOps 2008 is the 10th edition of the SpaceOps conference and is being jointly organised by ESA, the European Space Agency, and EUMETSAT, the European Organisation for the Exploitation of Meteorological Satellites.