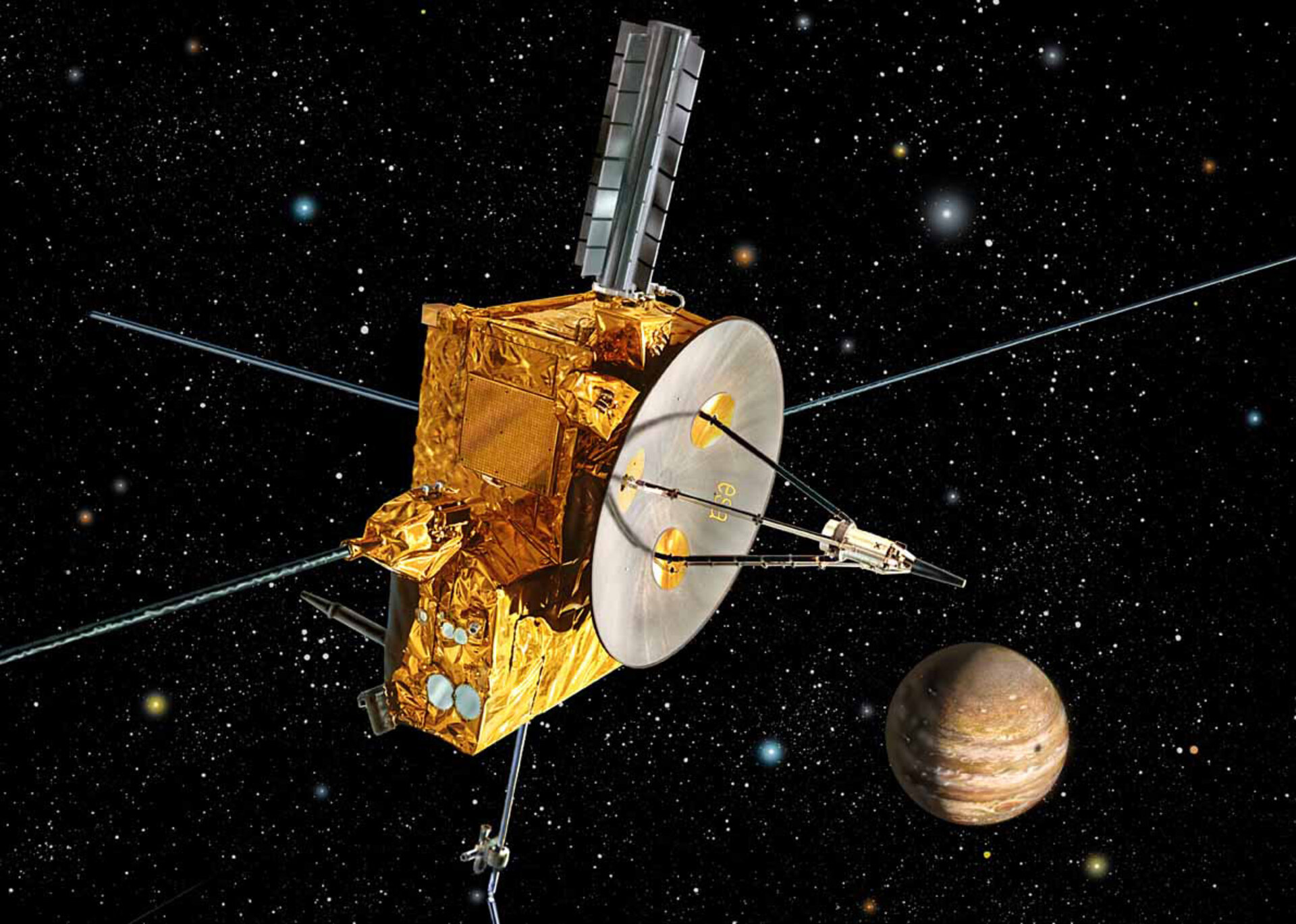 The Ulysses mission operations team has won an international award in recognition of their outstanding contributions to the success and scientific productivity of the joint ESA/NASA observatory mission, now orbiting the poles of the Sun.

The ESA/NASA Ulysses team was tapped to receive the 2008 'International SpaceOps Award for Outstanding Achievement' by the International Committee on Technical Interchange for Space Mission Operations and Ground Data Systems, also known as the SpaceOps Committee. The award will be presented during the SpaceOps 2008 Conference, taking place from 12 to 16 May in Heidelberg, Germany.

The Ulysses spacecraft was launched in 1990 on a planned five-year mission; keeping the hugely successful spacecraft operating for more than 17 years has presented operations engineers on the ground with a series of unique challenges.

Science of the highest quality

Ulysses has performed everything it was designed to do - and also a number of things that it wasn't.

"Fortunately, the science from our mission has been of the highest quality, which has made it easier for both ESA and NASA to justify extending the mission on three occasions. I'd also like to commend Dornier, now Astrium, for delivering such a robust spacecraft; from flying past Jupiter to traversing the poles of the Sun, it has performed everything it was designed to do and also a number of things that it wasn't," said Nigel Angold, ESA Mission Operations Manager at NASA's Jet Propulsion Laboratory (JPL), California.

According to the SpaceOps Secretariat, the Achievement award is presented for 'outstanding efforts in overcoming space operations and support challenges, and recognises those teams or individuals whose exceptional contributions were critical to the success of a space mission.'

"Recovery of science data throughout the mission has been exemplary and the results are a testament to the skills and dedication of everyone involved. For 17 years, more than 98% of available data has been captured and made available to the science investigators," said Ed Massey, NASA Project Manager for Ulysses at JPL.

He also added that, "People have been an integral part of the success of Ulysses operations. The level of experience of management has been fairly stable throughout and young, smart and innovative people have cycled through and made significant contributions to the operations team."

Ulysses is an excellent example of an international scientific mission that could not have been operated by any one agency alone.

The spacecraft was built in Europe while NASA provided the Radio-isotope Thermoelectric Generator (RTG) power source and the launch on board Space Shuttle Discovery in 1990. The scientific payload was provided by both US and European investigators.

Mission operations have been performed by a joint ESA/NASA team located at JPL with ESA responsible for the spacecraft and JPL in charge of the ground segment. Tracking for Ulysses has been provided by NASA's Deep Space Network (DSN), with additional support from ESA tracking stations as well as stations located in several other countries.

After many years of successful operation, the power generated by the spacecraft's Radio-isotope Thermoelectric Generator has started to fall below the minimum necessary to run all of its communications, heating and scientific equipment simultaneously. When the on-board temperature falls below 2°C, the spacecraft's hydrazine fuel will freeze, blocking the fuel pipes and making the spacecraft impossible to manoeuvre. Ulysses is expected to cease operating in the near future.

"I am very proud to be part of the Ulysses team and appreciate all the hard work of my dedicated colleagues at JPL, ESA and industry in making this mission such a long and successful one," said Angold.

The conference is organised in turn by members of the International Committee for Space Mission Operations and Ground Data Systems (the 'SpaceOps Organisation'), which include representatives of most spacecraft operating organisations and institutions. SpaceOps 2008 is the 10th edition of the SpaceOps conference and is being jointly organised by ESA, and EUMETSAT, the European Organisation for the Exploitation of Meteorological Satellites.