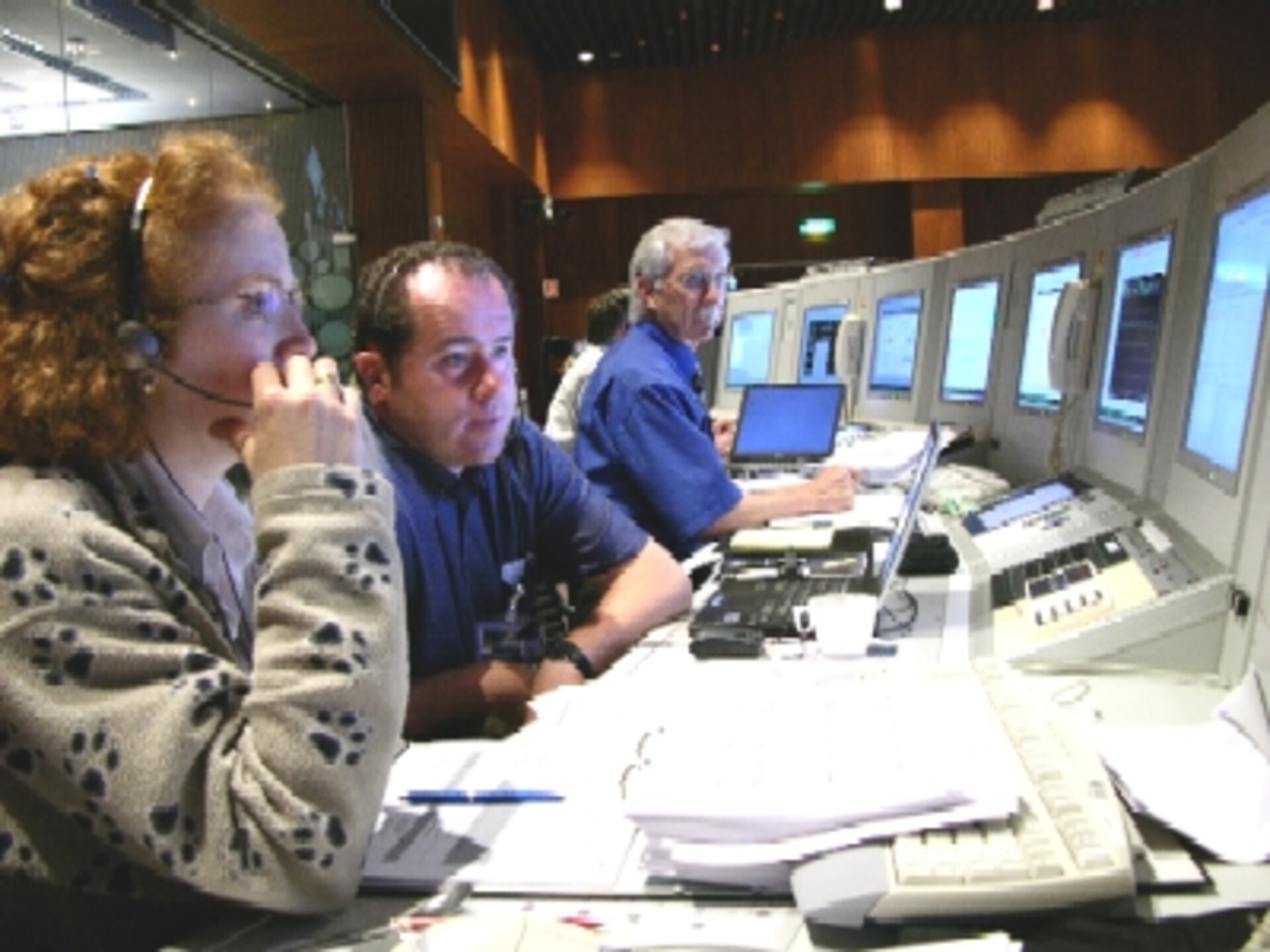 Together with the B Team, the A Team flight controllers are in training for the critical Launch and Early Orbit Phase (LEOP) manoeuvres for MSG-2 (Meteosat Second Generation), a weather satellite scheduled to be launched 22 September 2005. Team training is ongoing in the Main Control Room (MCR).

Two flight control teams are being used due to the need to provide 24/7 (twenty-four hours/day, seven days/week) operational control during the two-week LEOP period.

ESOC, Europe's Space Operations Centre located in Darmstadt, Germany, is a recognized leader in conducting the highly complex LEOP operations. MSG-2 LEOP will be done by ESOC as a contractor to EUMETSAT.

To date, three MSG satellites have been constructed. The first, MSG-1, was launched on 28 August 2002 and entered routine operations as Meteosat-8, part of the Meteosat family, in 2004. The follow-on satellites in the series are MSG-2, MSG-3 and MSG-4. The satellites are operated by the European Organisation for the Exploitation of Meteorological Satellites (EUMETSAT).

The MSG satellites obtain weather forecasting data and are a joint project between ESA and EUMETSAT.

With the launch of MSG-2, two MSG satellites will be functional in geostationary orbit, the operational one being at 0 degrees longitude which is above equatorial West Africa, the other being on stand-by at 3.4 degrees West.

Access the online photo album here (or via link at right).