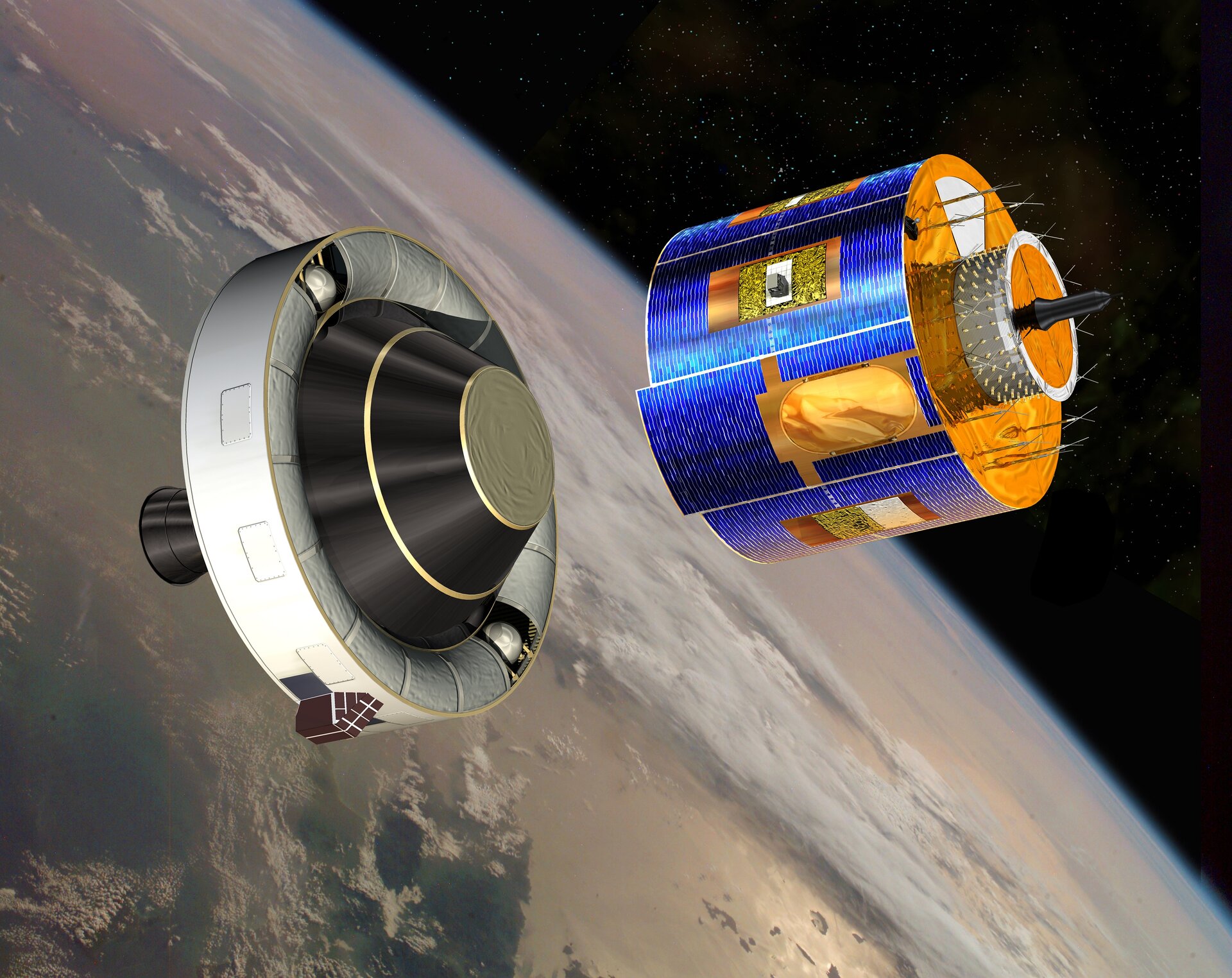 An intensive, two-day test of the third Meteosat Second Generation satellite saw ESA mission controllers in Germany connecting their computers to the satellite at a manufacturing facility in France. The test was a milestone in the lead up to launch this summer.

The complex System Validation Test ended last Thursday, after engineers sent multiple commands to the satellite and received data and telemetry from it.

It was the first long-duration connection between the Meteosat Second Generation-3 satellite, sitting in a cleanroom at the manufacturer's facility in Cannes, France, and mission control at ESOC, ESA's European Space Operations Centre, in Darmstadt, Germany.

"We validated a full set of flight procedures," said ESA’s Sylvain Lodiot, Deputy Spacecraft Operations Manager. "These are the ones we will use once the satellite is in orbit."

"A simulation campaign will follow in March, where we will run a number of simulations to train the mission control teams, particularly on how to solve contingency situations if anything goes wrong."

MSG-3 is the third in a planned series of four satellites operated by Eumetsat, the European Organisation for the Exploitation of Meteorological Satellites.

The satellites return highly detailed imagery of Europe, the North Atlantic and Africa every 15 minutes for use by meteorologists and national weather forecasters.

ESA is responsible for the complex launch and early orbit phase, a responsibility that includes the launch campaign, training and preparing for the launch and liftoff and up to around 10 days after launch, when it will be handed over to Eumetsat for routine operations.

The mission is on track for launch in June–July. Shortly after liftoff on an Ariane 5 from Kourou, French Guiana, it will be injected into a geostationary transfer orbit.

It will then use its two liquid-propellant apogee motors to boost itself into a geostationary orbit at an altitude of 36 000 km over the equator.

The satellite, built by Thales Alenia Space, comprises a cylindrical body, 3.2 m in diameter and 2.36 m tall. Its launch mass of about 2 tonnes includes about 1 tonne of propellant, 80% of which will be used during the complex early manoeuvres.