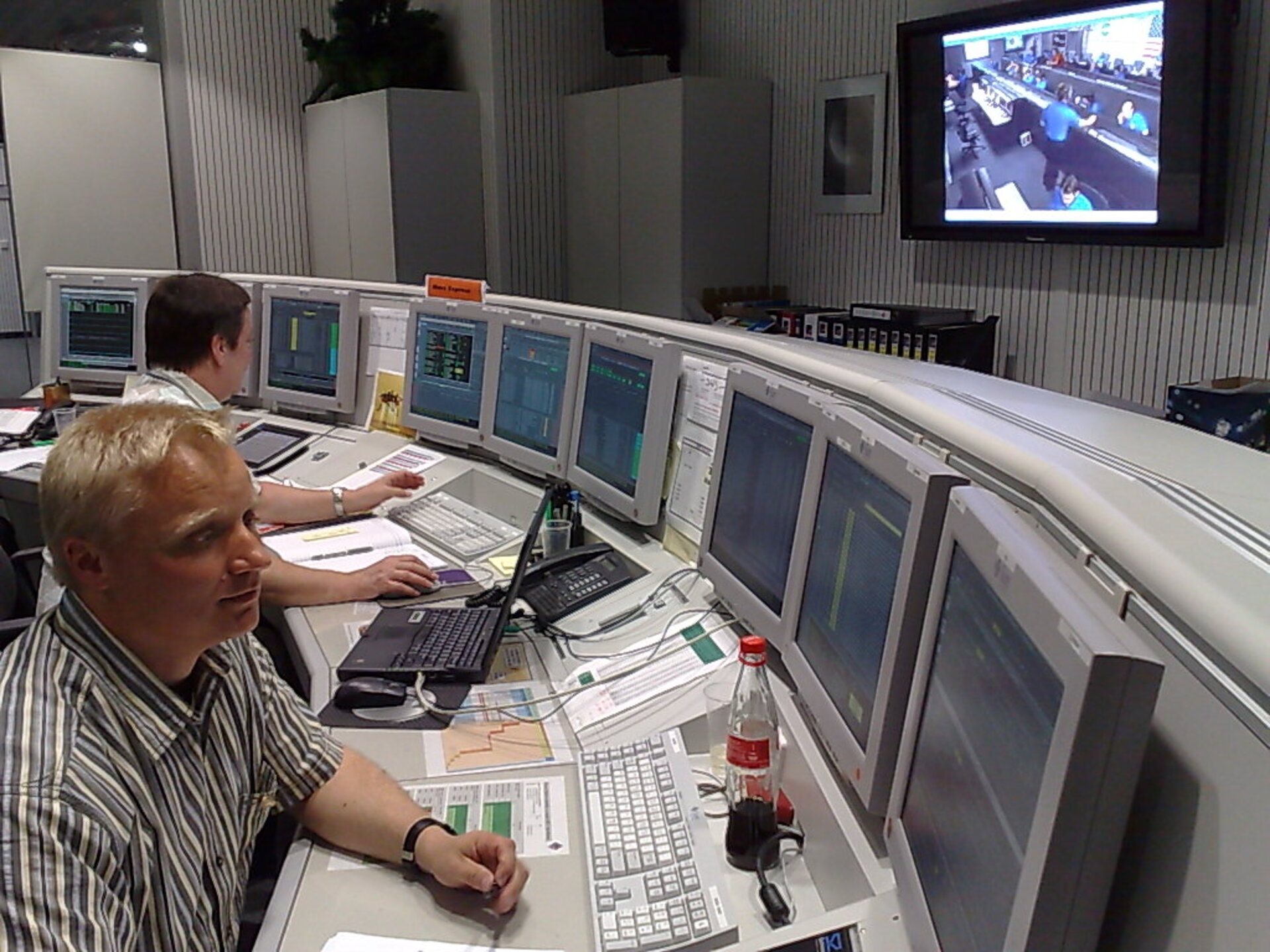 The signals were monitored between 23:21 - 23:47 UTC (01:21 - 01:47 CEST 26 May) during the lander's critical entry, descent and landing (EDL) phase, and were received by the European spacecraft via the Mars Express Lander Communications (MELACOM) system.

New friend in the neighbourhood

"Congratulations to our NASA colleagues on a hugely successful landing. The Mars Express team welcomes a new friend in the neighbourhood," said Paolo Ferri, Head of the Solar and Planetary Missions Division at ESOC.

Confirmation of ESA's support to the landing came in the early morning of 26 May at 00:52 UTC (02:52 CEST), after a 17-minute download transmitted from Mars Express via NASA's Deep Space Network; the data will be downloaded twice again to ensure fidelity.

The data were immediately made available to NASA, and will assist scientists to analyse Phoenix's entry, descent and landing (EDL) performance, comparing the actual to the planned trajectory.

In the coming days, Mars Express will monitor Phoenix using MELACOM 15 more times; at least one of these will be used to demonstrate and confirm that the ESA spacecraft can be used as a data relay station for NASA, receiving data from the surface and transmitting test commands to the lander.