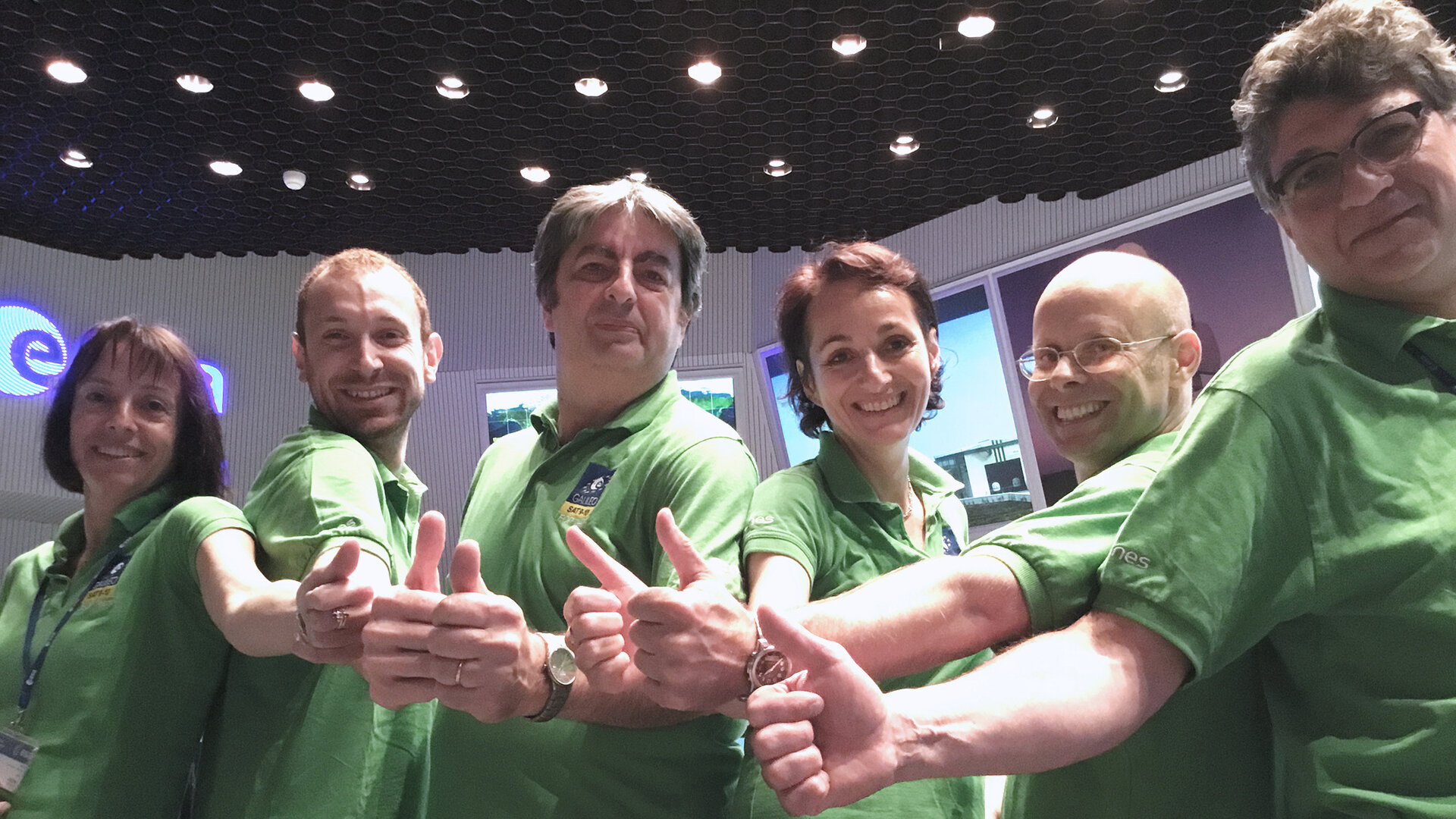 A team of European mission control experts will be watching closely next week when two Galileo satellites are boosted into space, ready to shepherd the craft through the first critical days in orbit.

Galileo satellites 13 and 14 are scheduled to lift off at 08:48 GMT (10:48 CEST) on 24 May from Europe's Spaceport in French Guiana on top of an Arianespace Soyuz rocket.

This will be the seventh Galileo launch, and it will bring the number of satellites in space to 14. A total of 24 operational satellites and spares are planned in the Galileo navigation constellation.

The fiery ascent will last just over nine minutes, after which the Fregat upper stage will fire twice to place the satellites into their release orbit. About 3 hours and 48 minutes into flight, they will separate, marking the end of the rocket’s mission and the start of the critical early days for the pair.

It will then be up to a combined team from ESA and France’s CNES space agency to make contact, establish control and then see the craft through their initial, critical, activities. For this launch, they will work from a control room in ESOC, ESA’s control centre in Darmstadt, Germany.

Within the combined team, each position is paired with a counterpart from the other agency to provide three mixed shifts around the clock for the first nine days.

The team has conducted all the Galileo early operations alternately from ESOC or from the CNES control centre in Toulouse, France.

“Once the satellites separate into free flight, the solar wings will deploy automatically, we’ll be waiting very anxiously for receipt of the first signals via the tracking station at Dongara, Australia, and Kerguelen Island, in the Indian Ocean,” says Liviu Stefanov, lead flight director from ESA.

“Once we have contact, we’ll begin health checks, and we’ll be particularly interested in verifying the satellite attitudes, communication status, that power is flowing from the array and that no part of either satellite is too warm,” says Christelle Crozat, the lead Spacecraft Operations Manager from ESA.

Each satellite is equipped with two 1 x 5 m solar wings, carrying more than 2500 state-of-the-art solar cells to generate power throughout the 12 year life.

The next major step will be pointing the new Galileos towards Earth.

The intense effort will continue through the first nine days, when the joint team will work around the clock to prepare the satellites for handover to the Galileo Control Centre near Munich, for routine operations, and ESA’s Redu Centre in Belgium, for detailed payload testing.

“In these nine days, we will make three manoeuvres with each satellite, when we fire the thrusters to get them into their ‘drift’ orbit before handover for commissioning,” says Hélène Cottet, co-flight director from CNES.

“We will play an active role again later on to program the fine positioning manoeuvres needed before final handover for routine operations.”

Everyone involved in this Galileo launch has trained through many weeks of intense simulations, some conducted separately, at each of the agencies’ centres, and some together, at ESOC.

“Even if our training has become standard, the scenarios we face in each simulation are quite challenging. Overcoming such difficulties is actually the best final training, and today the entire team is up to speed for real operations,” says Remi Lapeyre, co-Spacecraft Operations Manager from CNES.

“This allows us to concentrate on preparing for unexpected situations, or on integrating lessons learnt from the most recent actual operations.”

The team are already looking ahead to the next Galileo launch, expected towards the end of the year, when four satellites will be boosted into orbit on a single, specially adapted Ariane 5 rocket.

It will deliver the four Galileos to above 23 000 km altitude, a few hundred kilometres lower than the one of the current dual-launch configuration.

“The quadruple launch will be a major change for the mission control team, as we will have to conduct the critical early orbit phase for the four satellites in parallel,” says Liviu.

“We will have to replan the timelines, configurations and settings that we use now. It will be a significant challenge, but having already taken 12 Galileo satellites safely into their final operational orbits, it’s nothing we can’t handle.” 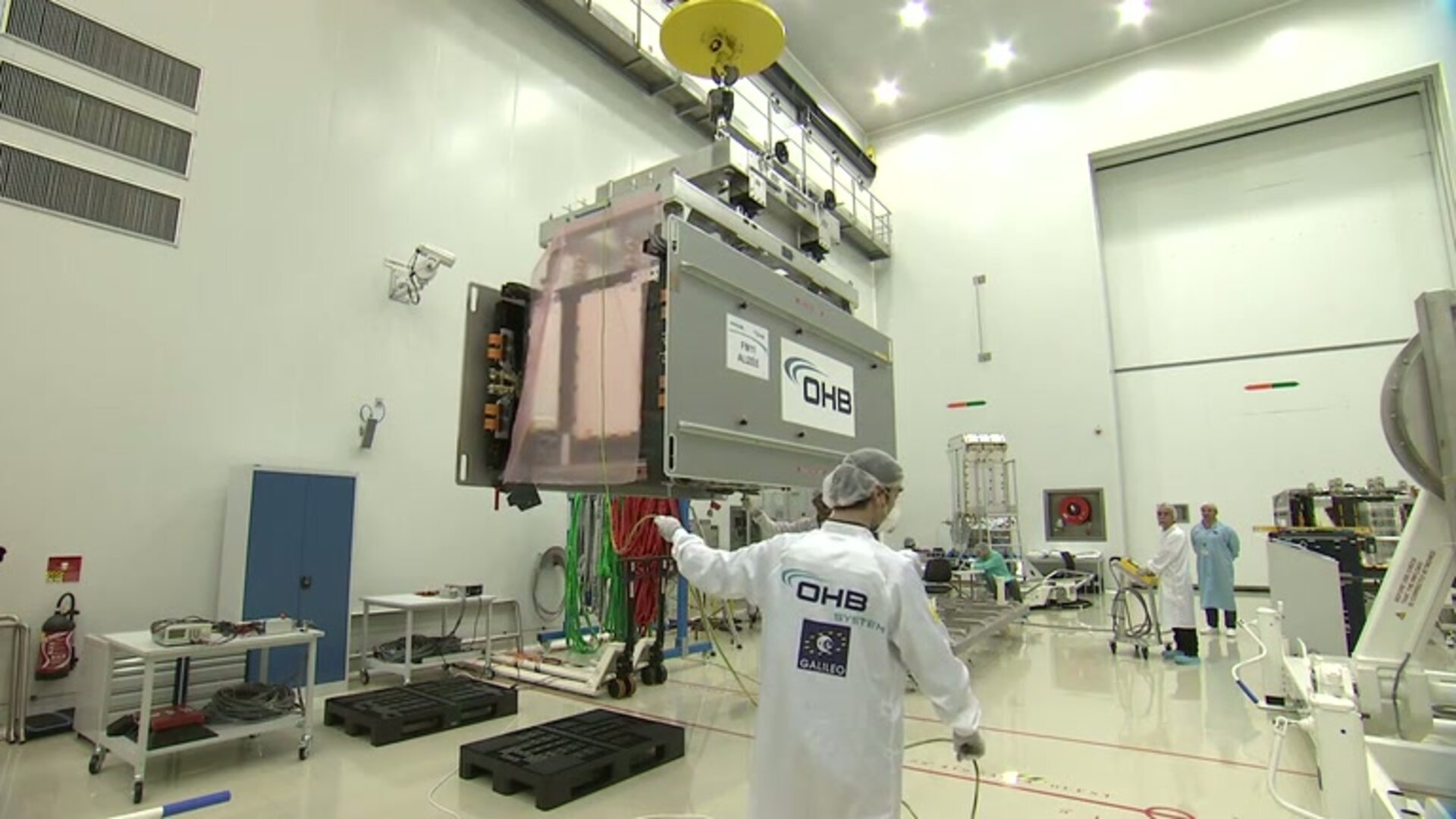 Galileo is Europe’s civil global satellite navigation system. Galileo will allow users worldwide to know their exact position in time and space with great precision and reliability. Once complete, the Galileo system will consist of 24 operational satellites, a number of in-orbit spares, and the ground infrastructure to enable the provision of positioning, navigation and timing services.

The Galileo programme is funded and owned by the EU. The European Commission has the overall responsibility for the programme; it manages and oversees the implementation of all programme activities.

Galileo’s deployment, the design and development of the new generation of systems and the technical development of infrastructure are entrusted to ESA. The definition, development and in-orbit validation phases of the Galileo programme were carried out by ESA, and co-funded by ESA and the European Commission.

The European Global Navigation Satellite System Agency (GSA) is ensuring the uptake and security of Galileo. From 2017 Galileo operations and provision of Galileo services will be entrusted to the GSA.