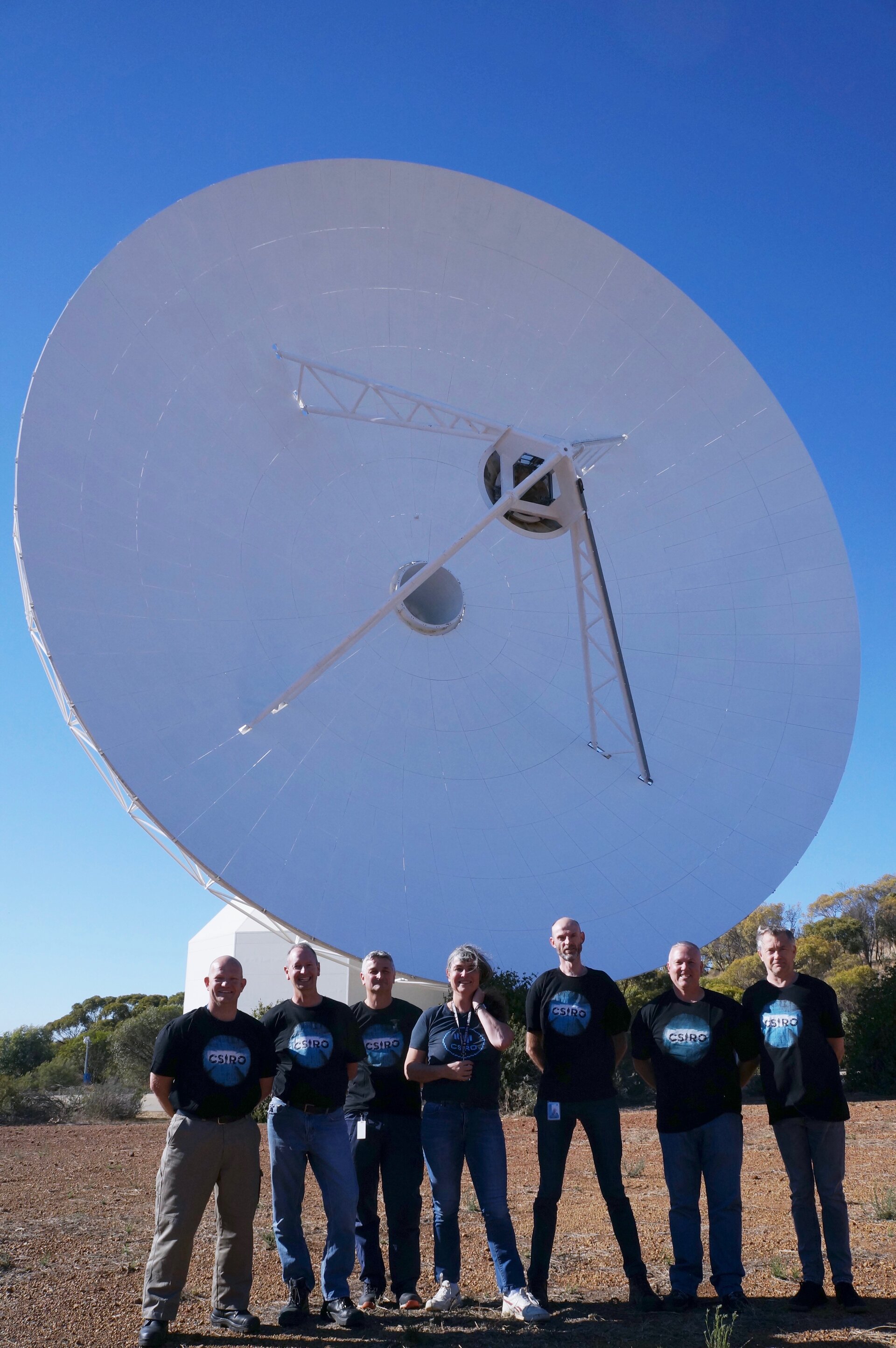 The 35-m deep space antenna in New Norcia, Western Australia, is being looked after by a new team, led for the first time by a female site manager, Suzy Jackson.

The New Norcia station is key to communicating with Europe’s missions across the Solar System and observing the Universe, including Mars Express currently in orbit around the Red Planet and BepiColombo – on its way to Mercury.

As well as the deep space dish, the station also includes the nimble 4.5-m antenna – both able to track rockets following lift-off from Europe’s spaceport in Kourou, French Guiana, as they deliver their precious cargo towards Earth orbit or deep space.

The maintenance and local operations (M&O) of the impressive site is, as of 1 June, being managed by Australia’s national science agency, CSIRO, which also runs NASA’s Canberra Deep Space Communication Complex.

No stranger to radio communication, Suzy Jackson previously worked as an engineer on the development of CSIRO’s Australian Square Kilometre Array Pathfinder – a radio telescope in Western Australia.

In her new role as New Norcia M&O service Site Manager, Suzy is ensuring her team of seven is on top of maintenance of the giant dish, making sure all of the different equipment is running properly and carrying out checks on system performance.

“In Western Australia, you don’t have to go far before the population density drops straight away. It’s terrible for mobile phone coverage but just perfect for clear skies, without interference from people’s phones and televisions.”

Such an environment means the station, one of the three biggest antennas in ESA’s tracking network, ESTRACK, is able to receive large quantities of data from spacecraft over vast distance – the farthest so far was NASA’s Cassini spacecraft more than 1.4 billion km from Earth.

Located on farmland, the station and its team are surrounded by some of Australia’s most recognisable residents.

“There’s a good number of kangaroos out here, as well as emus and cows,” Suzy continues.

“We did once have to chase a small brown snake out of the mazer room – used to provide timings for the entire antenna system as well as to synchronise everything happening here at antenna with teams at ESA’s Operations Centre.”

With the many spacecraft and satellites currently supported by ESA’s tracking network, the station is running at full capacity.

To ensure communication links with current and future missions – such as the planned Lagrange mission to monitor our temperamental Sun – the network will need higher capacity. For this reason, as part of ESA’s Space19+ campaign, ESA is proposing a new 35-m antenna in Western Australia.

Find out more about the many missions planned in ESA’s future, and how teams at mission control and across the ESTRACK network will continue to help make this possible.