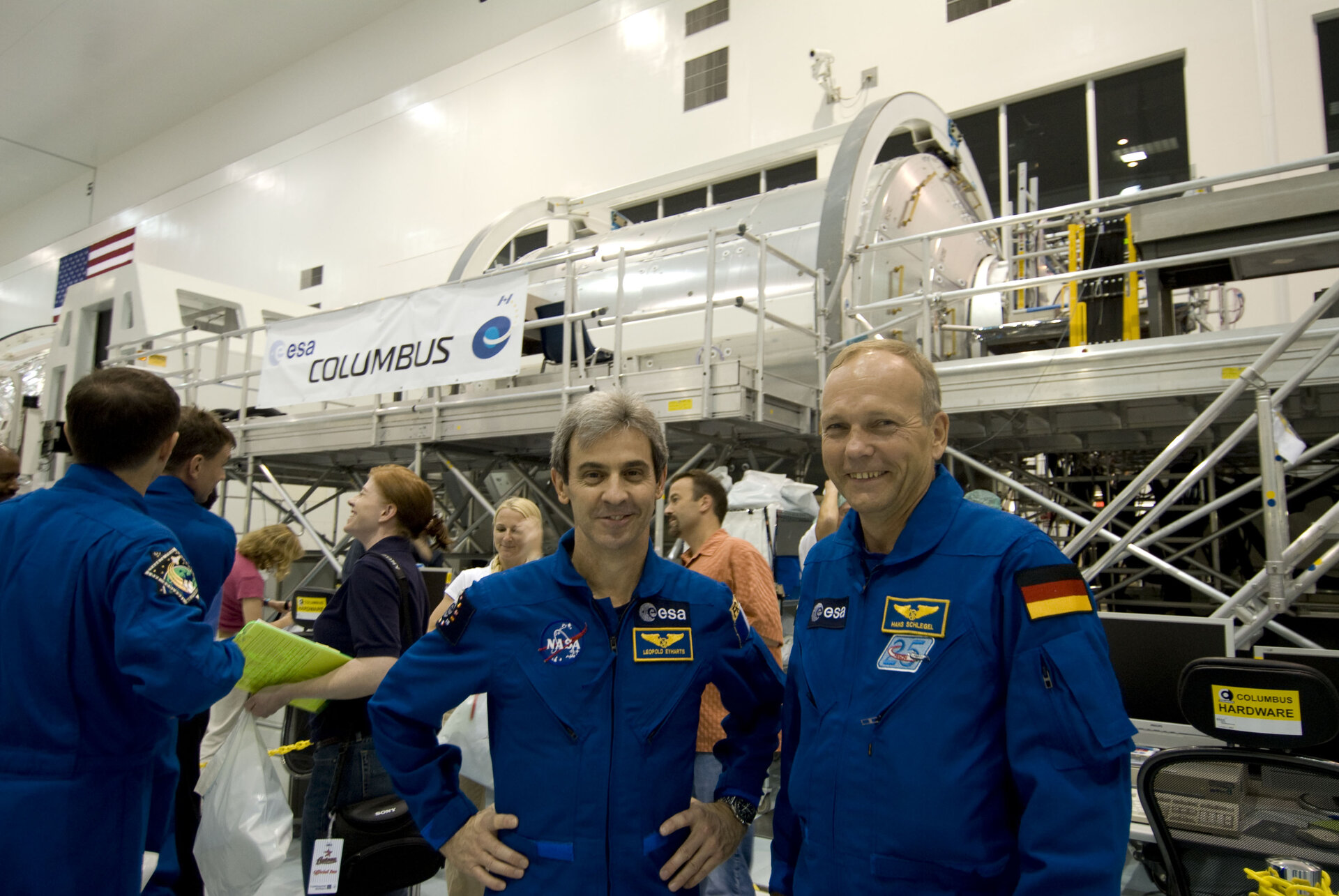 The European Columbus laboratory is in the final stages of preparation for launch to the International Space Station at the Space Station Processing Facility (SSPF) at NASA's Kennedy Space Center, Florida.

Columbus is scheduled for launch on board Space Shuttle Atlantis on flight STS-122 in December. Members of the STS-122 crew, including ESA astronauts Hans Schlegel and Leopold Eyharts, recently visited the SSPF to inspect the European Columbus laboratory.

These new images have been released on the occasion of the Columbus Media Day at Kennedy Space Center - click on an image to access the long caption and hi-res version.

More views of the Columbus laboratory are linked from the right menu under 'More Columbus images' - other views are available in the ESA Multimedia Gallery: http://www.esa.int/mmg