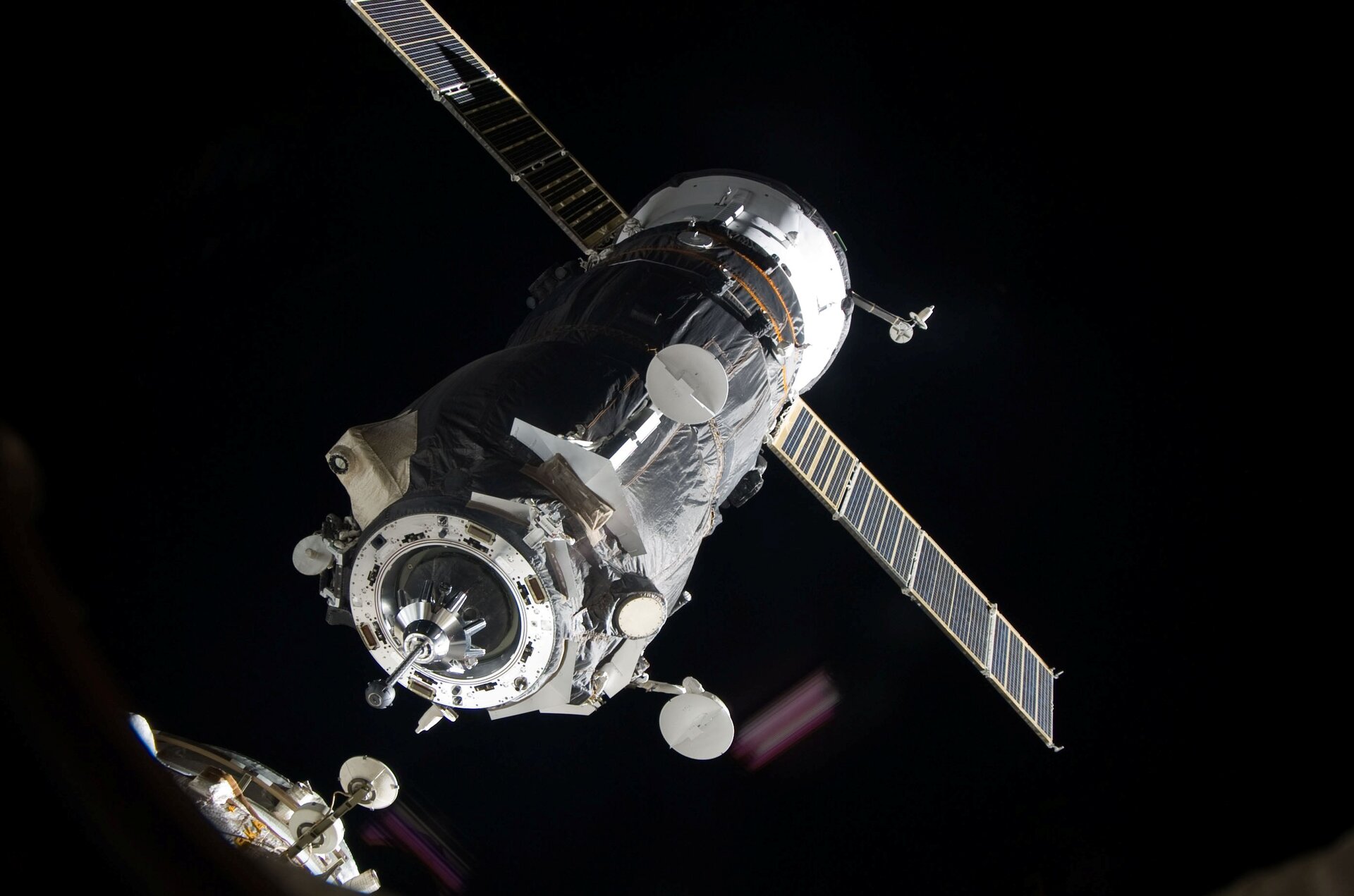 The six astronauts on the International Space Station are safe and continuing their normal work after the loss of their space-bound cargo craft on 24 August.

While the cause of the accident is being sought by a Russian commission, the Station partners are preparing for several scenarios to ensure the safety of the crew and the orbital outpost.

The Progress 44 freighter, carrying 2670 kg of cargo for the Station, failed to reach proper orbit after the premature shutdown of its third-stage engine 325 seconds after launch from the Baikonur Cosmodrome in Kazakhstan.

The remnants of the stage and Progress fell back to Earth from an altitude of about 200 km over the Altai Republic in southern Siberia.

No remnants have been found so far and it is possible that the Progress and its third stage – both loaded with fuel and oxygen – burned up in the atmosphere.

The search crews are still probing the large areas of difficult terrain in severe weather conditions looking for evidence.

Launches of Soyuz rockets have been suspended until the cause of the engine malfunction is identified.

ESA recognises the vast experience of its Russian partners as well as the excellent safety record of the Soyuz launcher and is confident that the cause of the mishap will be found soon.

The new situation has not put the Station in danger and the safety of the Expedition 28 aboard is not compromised. There are plenty of supplies for the crew and Station to next spring.

The next Progress freighter arrived in Baikonur on Monday and is being prepared for launch, but the date has not been specified because it depends on the commission’s findings.

Russian planners would like to see two successful unmanned launches of the Soyuz-U rocket before the next manned spacecraft, so the dates of the future missions – including the flight of ESA astronaut André Kuipers – are being assessed.

It has been decided to postpone the landing of Expedition 26 on Soyuz TMA-21 from 8 September to 16 September. The launch of the next Soyuz flight, Soyuz TMA-22, carrying Expedition 29, will be delayed to the end of October or the beginning of November, depending on the results of the commission.

At the same time, the Station partners are preparing for several scenarios of different likelihoods for near-future operations.

This was the first accident for this venerable spacecraft since the first Progress in 1978. So far, the Russian space agency has launched 745 Soyuz-U vehicles, with 724 successes. Progress freighters were carried on 136.

Soyuz-U is used not only for taking Progress spacecraft into orbit, but also delivering satellites and dispatching planetary probes.

ESA is preparing to launch its next Automated Transfer Vehicle, Edoardo Amaldi, in March 2012. Together with its Station partners, the Agency is following the Progress mishap investigation closely.