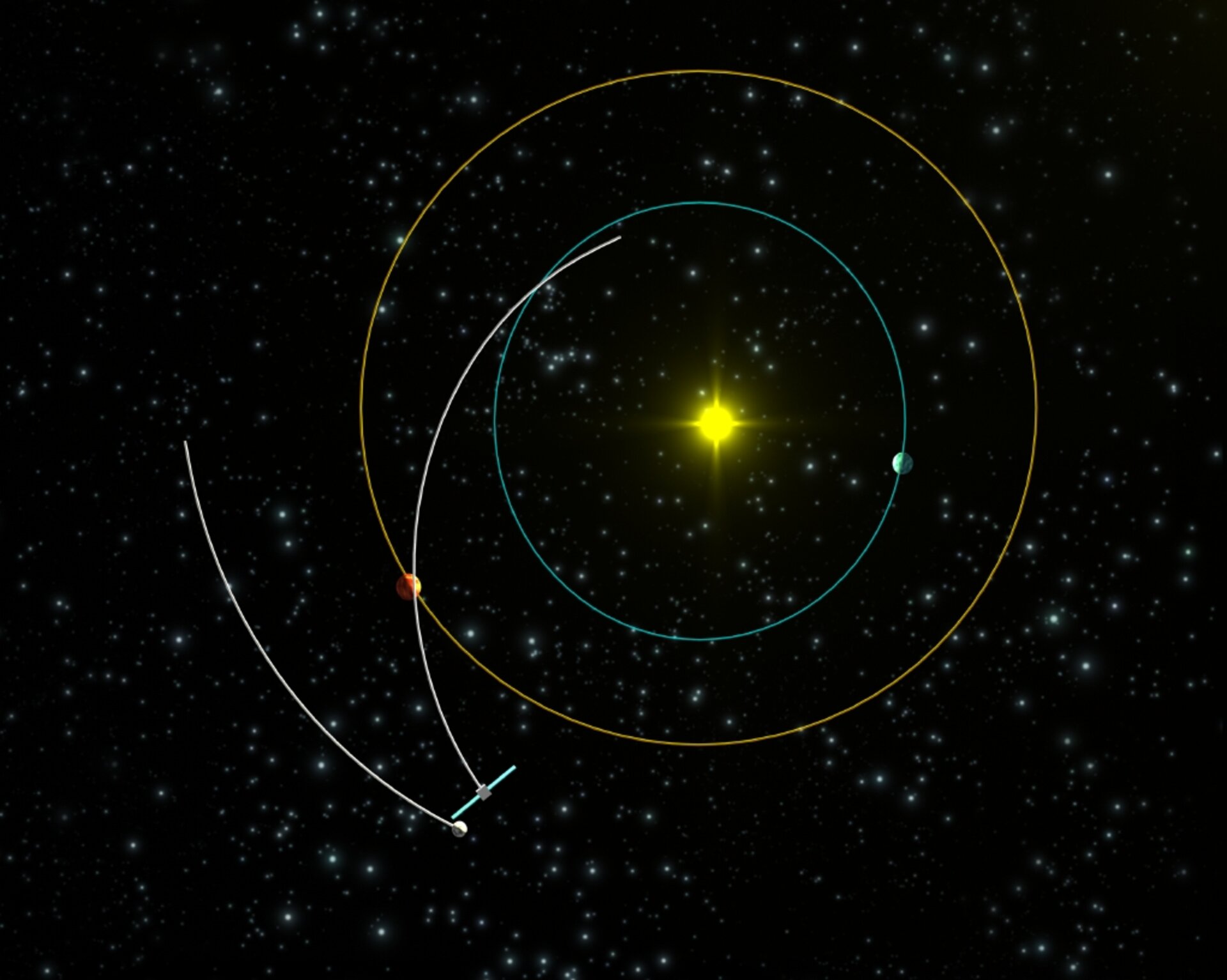 The Rosetta spacecraft control room is buzzing with anticipation as Rosetta closes in on asteroid 2867 Steins. The fly-by timeline includes a series of critical events, culminating with closest approach - expected at 20:58 CEST, 5 September 2008.

At the time of closest approach, Rosetta is planned to be 800 km from the asteroid, passing by at a speed of 8.6 km/s relative to Steins. Both Rosetta and Steins will be illuminated by the Sun, providing an excellent opportunity for science observations.

Between 40 and 20 minutes before closest approach, Rosetta will be flipped and the spacecraft will switch to a specially designed asteroid fly-by mode, an optimal configuration that supports the intensive observation and tracking activity of the on-board instruments.

Although most scientific observations will take place in the few hours around closest approach, several instruments will be switched on for a longer time around the event.

ESA's Cebreros deep space antenna (DSA 2) in Cebreros, Spain, will be used for communications with Rosetta in the two days preceding closest approach. When the spacecraft is not visible from Cebreros or New Norcia, NASA's DSN (Deep Space Network) ground stations at Goldstone, Canberra and Madrid will provide support for tracking and for science operations.

Around closest approach, Rosetta will be 2.41 Astronomical Units, or about 360 million km, from Earth. Radio signals sent to and from the spacecraft will have a 20 minute one-way travel time.

Note: All event times are stated in ground time, CEST.

An expanded version of the timeline appears in the Rosetta blog.