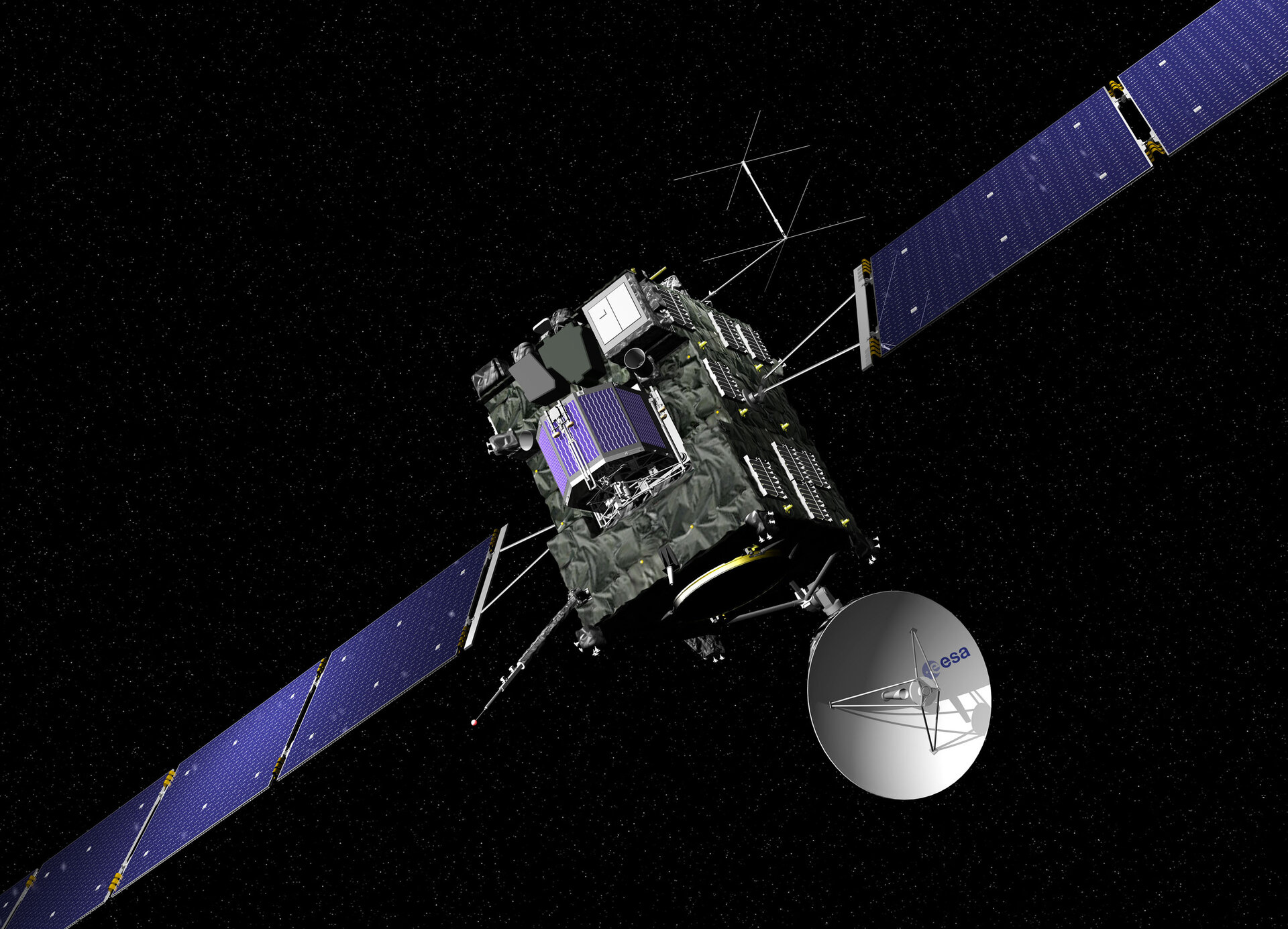 After the trajectory correction manoeuvre on 22 October, Rosetta has lined up on a near-perfect Earth approach path. The manoeuvre was so precise that mission controllers decided not to use the additional manoeuvre slot that was available yesterday.

Rosetta's orbit has been determined using radiometric data received from ESA and NASA ground stations, and estimates now show that she will pass within a few kilometres of the planned point of closest approach during next week’s Earth swingby. If necessary, additional manoeuvre slots are available at 24 and 6 hours prior to closest approach.

Rosetta is now forecast to pass over a watery point just South of the island of Java at an altitude of 2481 km at 13.34 km/s relative to Earth. This estimate will be updated in the coming days.

Science from a unique perspective

Though time will be short, several science observations are planned around the swingby to exploit Rosetta's unique perspective and powerful instrument suite.

The planned observations include imaging with the scientific camera system OSIRIS, an attempt to look for water on the Moon with MIRO, study of the magnetosphere with the suite of Rosetta plasma instruments, and observations of Earth's atmosphere and a search for aurorae.

The instruments will be turned on one-by one starting today and will stay on through the swingby.

The goal of the swingby is to assist Rosetta to ultimately reach comet 67P/Churyumov-Gerasimenko for its prime mission. Accordingly, spacecraft operations will have priority over science activities on 13 November.

During the two nights before closest approach (13 November) and one night afterwards, members of the Rosetta team will conduct observations from ESA's Optical Ground Station in Tenerife, Spain. They will also carry out an experiment to investigate whether a laser beam can be detected by OSIRIS.