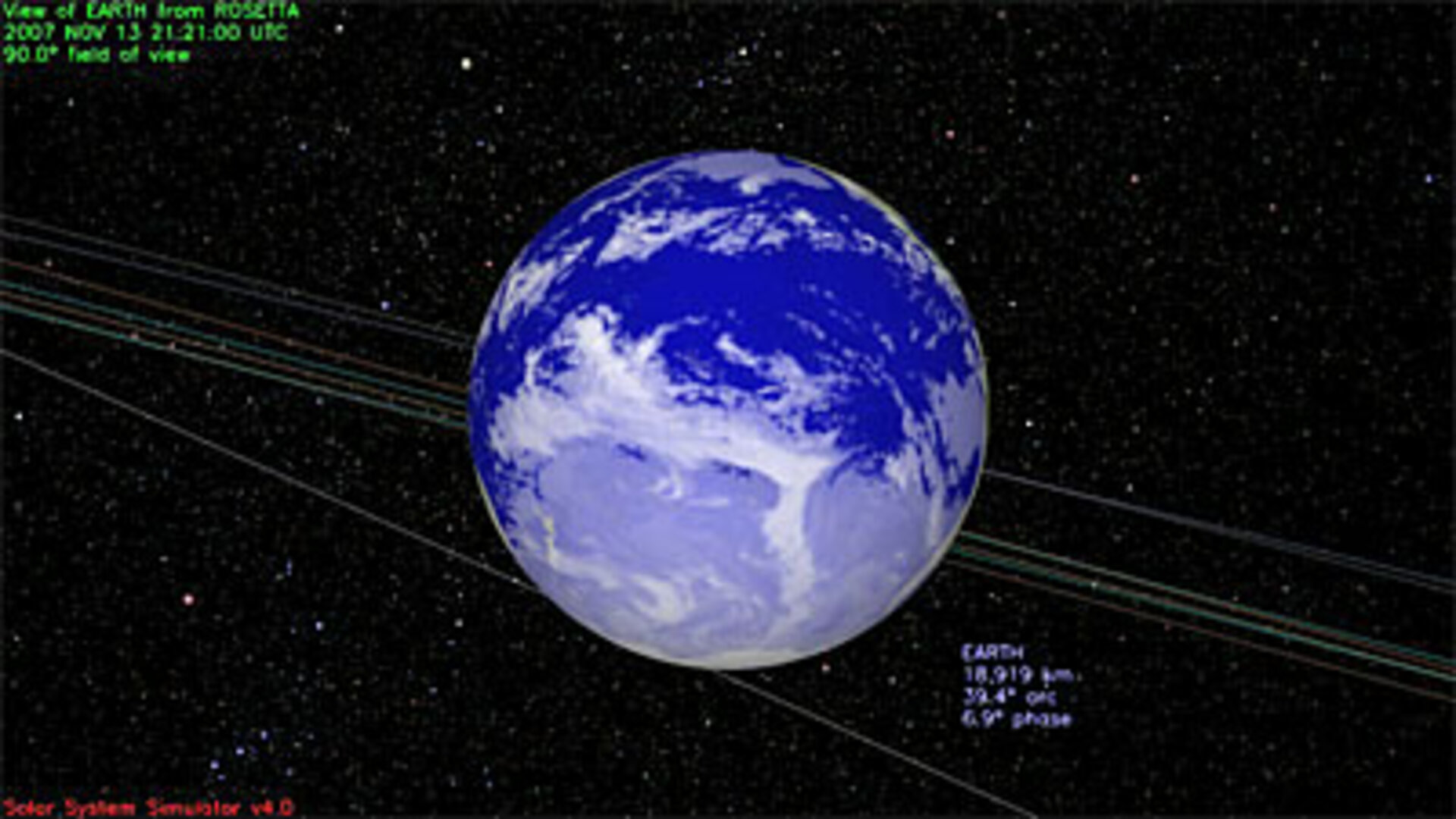 This animated sequence shows Rosetta's orbit (green) from 1 July 2007 through 31 March 2008, in a top view of the inner Solar System. The second Earth swing-by on 13 November is shown from Rosetta's perspective in the middle of the sequence, for a period of 10 hours around closest approach, which was 21:57 CET 13 November.

The animated sequence was generated using the NASA Solar System simulator. It shows clearly why the illumination conditions on approach were poor, in contrast to the situation on departure - when the Earth was fully illuminated by the Sun.

Note: During and around closest approach, Rosetta performed several slews. These changes in pointing have not been integrated into this animation, which shows a continuous Earth pointing.