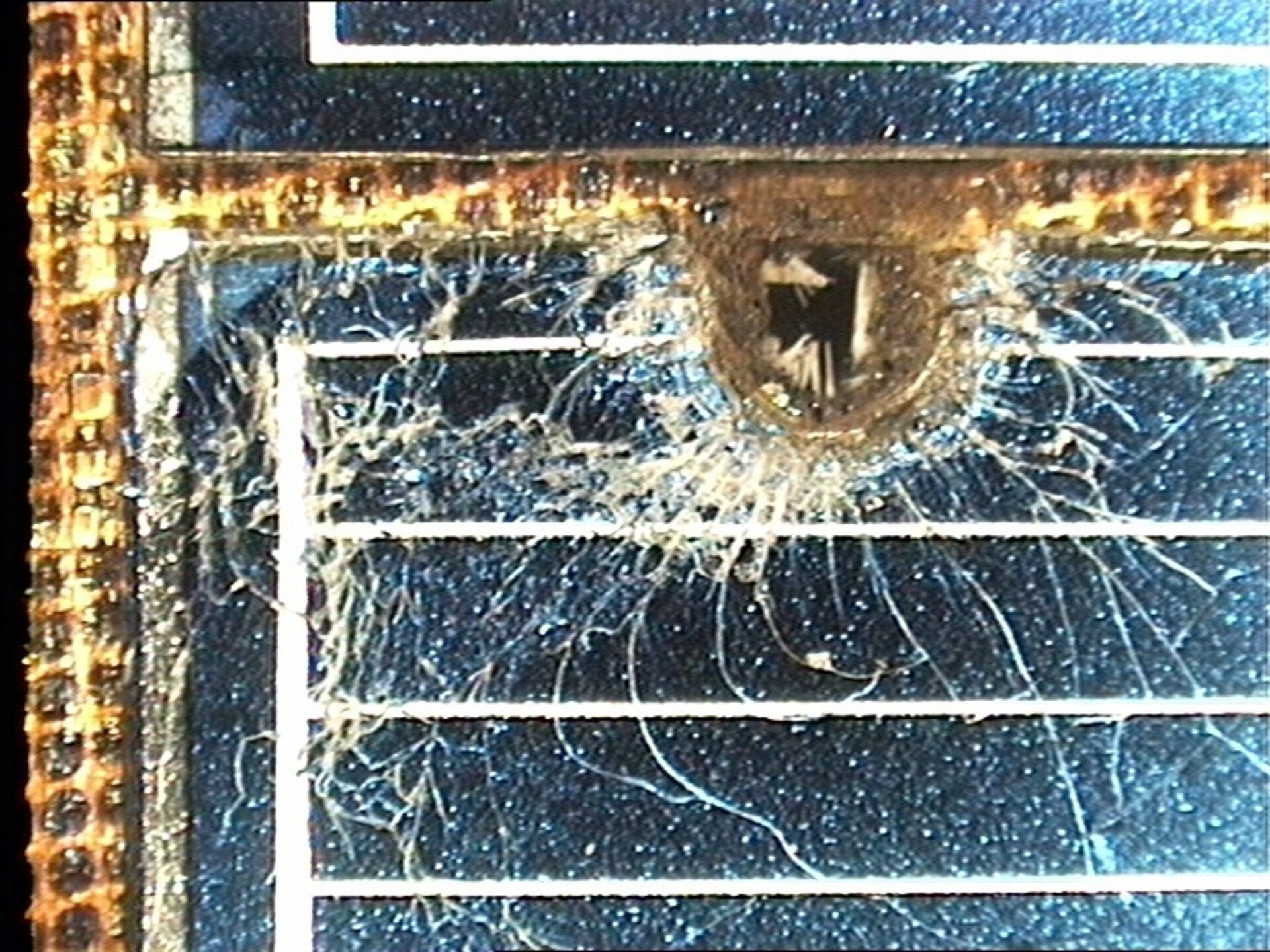 Assessing the risk that space debris pose to operational spacecraft and satellites is a challenge and depends on whether you are worried about being hit by a known, tracked debris object or by an unknown object. At least the known objects are, well, known. These include old spacecraft, other satellites, rocket bodies and large fragments from past break-ups.

However, assessing the risk due to smaller debris objects and meteoroids is an entirely different matter, as these are difficult or impossible to track.

Smaller debris range from microscopic particles of dust, which are relatively harmless, up to objects about 1 cm in diameter. Objects in this range are a threat, but protective shielding, including Whipple Shield technology, is sufficiently robust to defeat these. Shielding, however, can only be used on some missions, such as the International Space Station (ISS).

Objects from 1 to 10 cm in size cause the real worry. These are too small and numerous to be individually tracked but could cripple or kill any craft they hit.

To assess risk in the deadly , scientists at ESA and other space organizations use sophisticated probability models and software. Risk is predicted based on a spacecraft's cross-sectional area, its orbital altitude and flight path and other factors.

For example, for a satellite with a 100-m2 cross-sectional area (including solar panels) orbiting at 400 km altitude, the mean time between impact with a debris object 10 cm in size has been calculated to be on the order of 15 000 years.

Collision events once per decade

While this figure may at first glance seem comfortably large for any particular satellite, there are many satellites in orbit. "If you calculate the combined profile area of all satellites in orbit, you find that the average time between destructive collisions is about 10 years," says Klinkrad.

Considering that even a single 10-cm debris collision event could wipe out a multi-million-Euro spacecraft or hit the (manned) ISS, a risk of even one impact per decade suddenly becomes very serious.

In 1993, the first servicing mission found a hole over 1 cm in diameter in a high-gain antenna mounted on the Hubble Space Telescope.

Will there be more collisions in the current decade? Nobody can predict with certainty, but it is obvious that steps toward mitigation are required.

In addition to a debris warning system developed at ESOC, additional ESA space debris research is done at the European Space Research and Technology Centre (ESTEC), in The Netherlands, mainly focusing on the space segment. Activities include:

ESA is not the only organization working on space debris. Dr Toshiya Hanada, Associate Professor at Kyushu University's Department of Mechanical and Aerospace Engineering, located near Fukuoka, Japan, works on developing optical sensors that can scan satellite solar arrays for signs of impacts and on modelling the debris field.

Back at ESOC, Dr Klinkrad explains the risk assessment software that ESA and a contractor team have developed. It is called DRAMA, for Debris Risk Assessment and Mitigation Analysis, is freely available to the space community and can be used to assess the risk of a catastrophic impact for any specific mission.

Despite such tools, the space-debris situation is unlikely to improve unless concentrated, coordinated and systematic steps are taken to mitigate the risks that are now so clearly understood.

The third and final part of the space-debris series, "Mitigation and the Case for a Code of Conduct," will examine current proposals for space debris mitigation through measures that cost little yet contribute significantly to protecting the space environment for future use.

Part 3 will be published early in April, in advance of the the 4th European Conference on Space Debris, taking place at ESOC, Darmstadt, Germany, 18-20 April 2005. For registration, programme and additional information, access the conference link at right above.