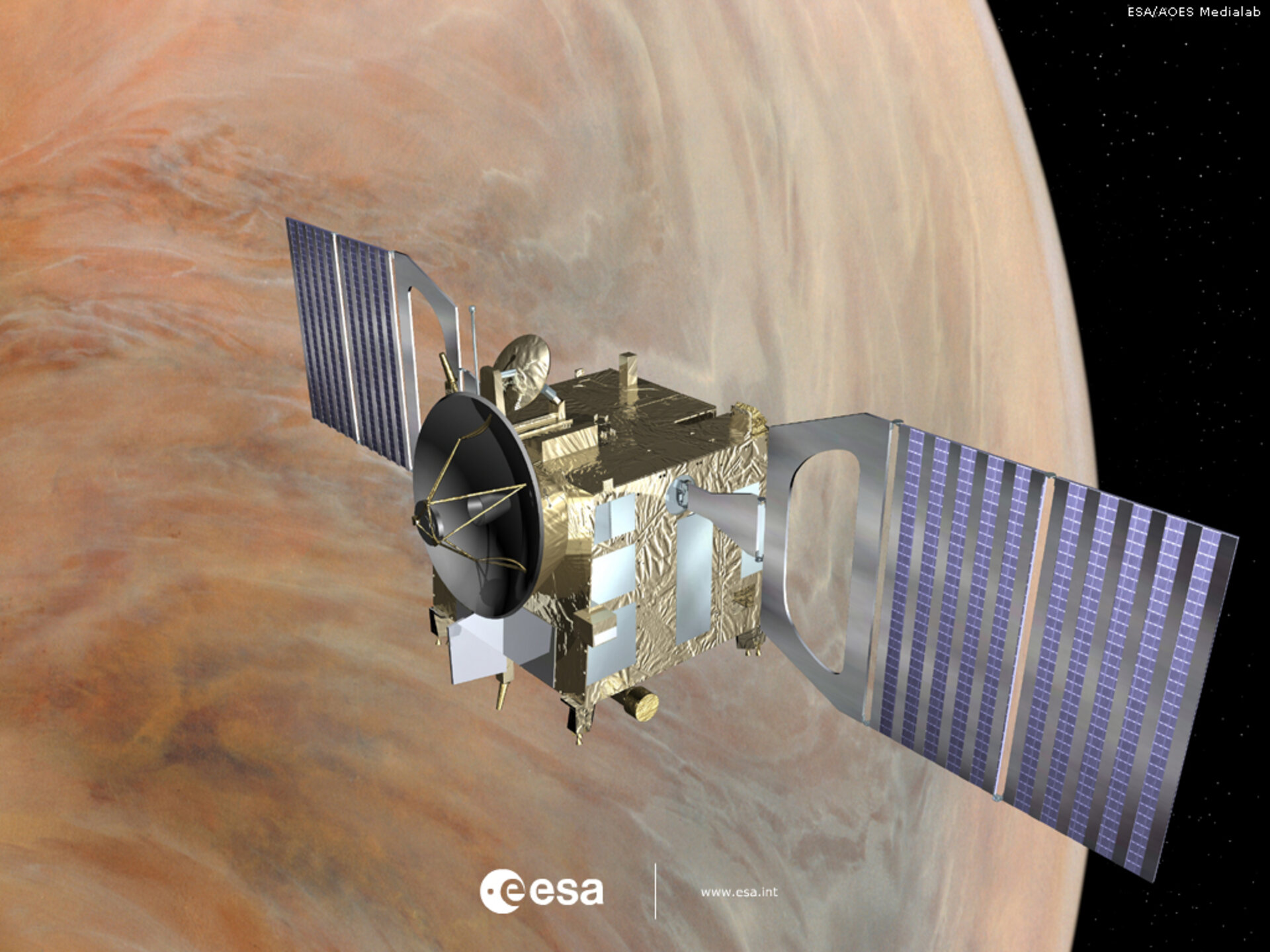 Venus Express has completed an 'aerodrag' campaign that used its solar wings as sails to catch faint wisps of the planet’s atmosphere. The test used the orbiter as an exquisitely accurate sensor to measure atmospheric density barely 180 km above the hot planet.

During five aerodrag measurements last week, Venus Express' solar arrays and control systems were operated as one big flying sensor, with the solar arrays rotated at various angles to the direction of flight.

The special configuration exposed the wings to the vanishingly faint wisps of atmosphere that reach to the boundary of space around Venus, generating a tiny but measurable aerodynamic torque, or rotation, on the satellite.

This torque can be measured very accurately based on the amount of correction that must be applied by reaction wheels, which counter-rotate inside the spacecraft to maintain its orientation in space.

Mimicking the vanes of a windmill

Starting on Monday, the solar panels rotated through five daily-changing sets of orientations. While one panel remained perpendicular to the direction of flight, the other rotated in steps, gradually increasing the torque to be counter-balanced by the reaction wheels.

On the last day, 16 April, the solar arrays were rotated at plus and minus 45° to the atmospheric flow, mimicking the vanes of a windmill, in order to gather additional information on the behaviour of the molecules of the atmosphere bouncing off the solar wings.

"The aerodrag campaign went without problem, and conclusively demonstrated that Venus Express can be securely and accurately used to sense the density of the planet's atmosphere. Venus Express has shown once again that it is a very capable satellite," said Spacecraft Operations Manager Octavio Camino.

Camino explained that the mission operations team will study last week’s results to develop an optimised configuration for aerodrag campaigns in October and in 2011. Aerodrag testing was also conducted in 2008, 2009 and February 2010.

Continued positive results may enable Venus Express to conduct more sophisticated investigations deeper in the atmosphere, which would be of immense interest to planetary scientists.