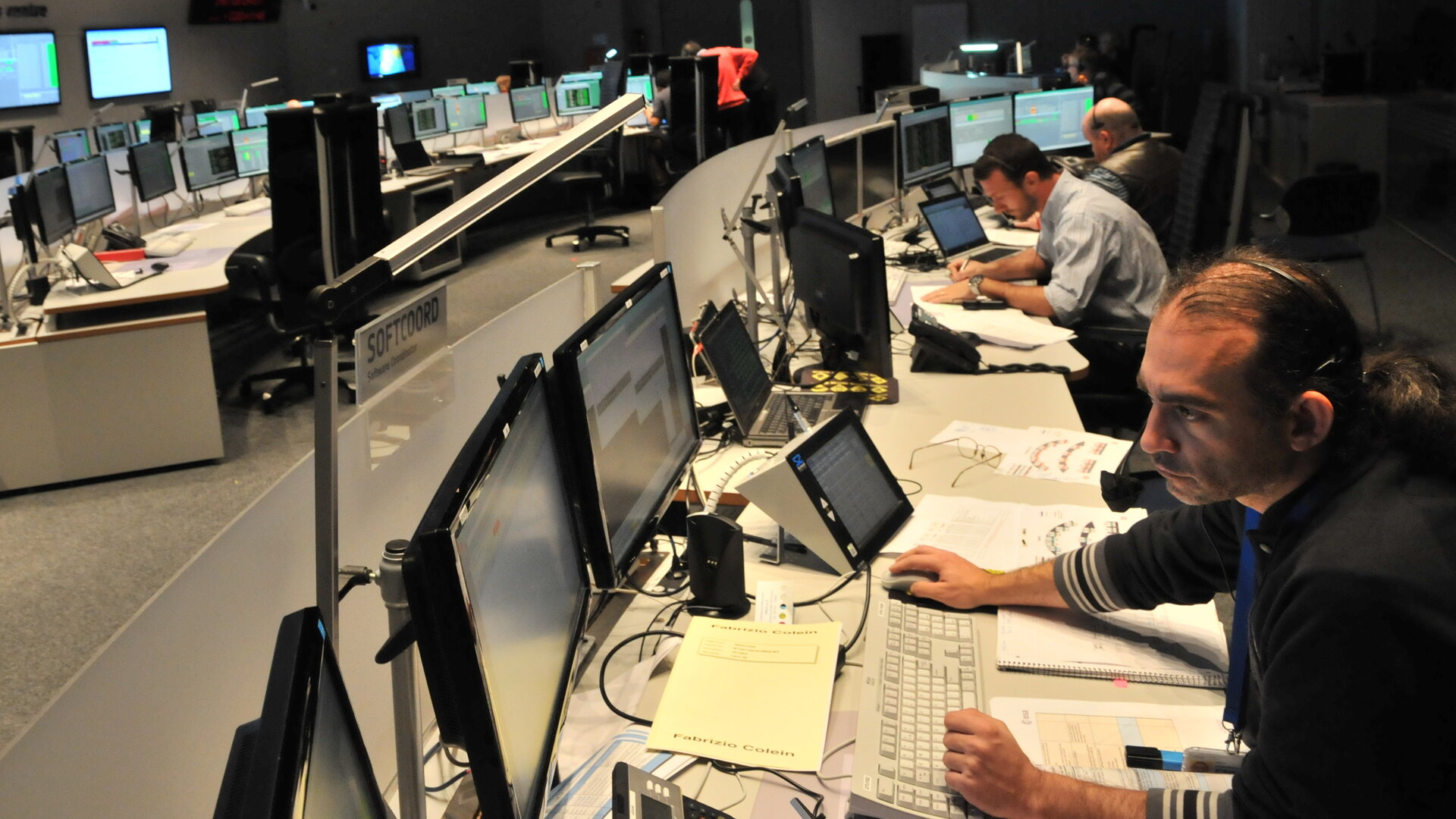 After months of intensive training, the Swarm mission control team are ready for liftoff on Friday. The team will carefully shepherd the trio of magnetic explorers through their critical launch and early orbit phase, ready to react to any problem.

The data from this new mission, planned to last four years, will be used to study the mysteries of Earth’s magnetic field, its interactions with the solar wind and relation to global change.

At 12:02 GMT on 22 November, a Rockot launcher will climb into the sky, soaring high above Plesetsk, Russia, 800 km north of Moscow. Some 91 minutes later, the Swarm trio will be released into orbit at 490 km.

That moment will mark the culmination of years of careful preparation capped by months of intensive training at ESOC, ESA’s European Space Operations Centre in Darmstadt, Germany.

Working at consoles in the Main Control Room, the Swarm team will be waiting tensely as the satellites perform their automated sequence and then come to life, beaming their first signals back to the engineers via ground stations in Sweden and Norway.

Waiting for signals from space 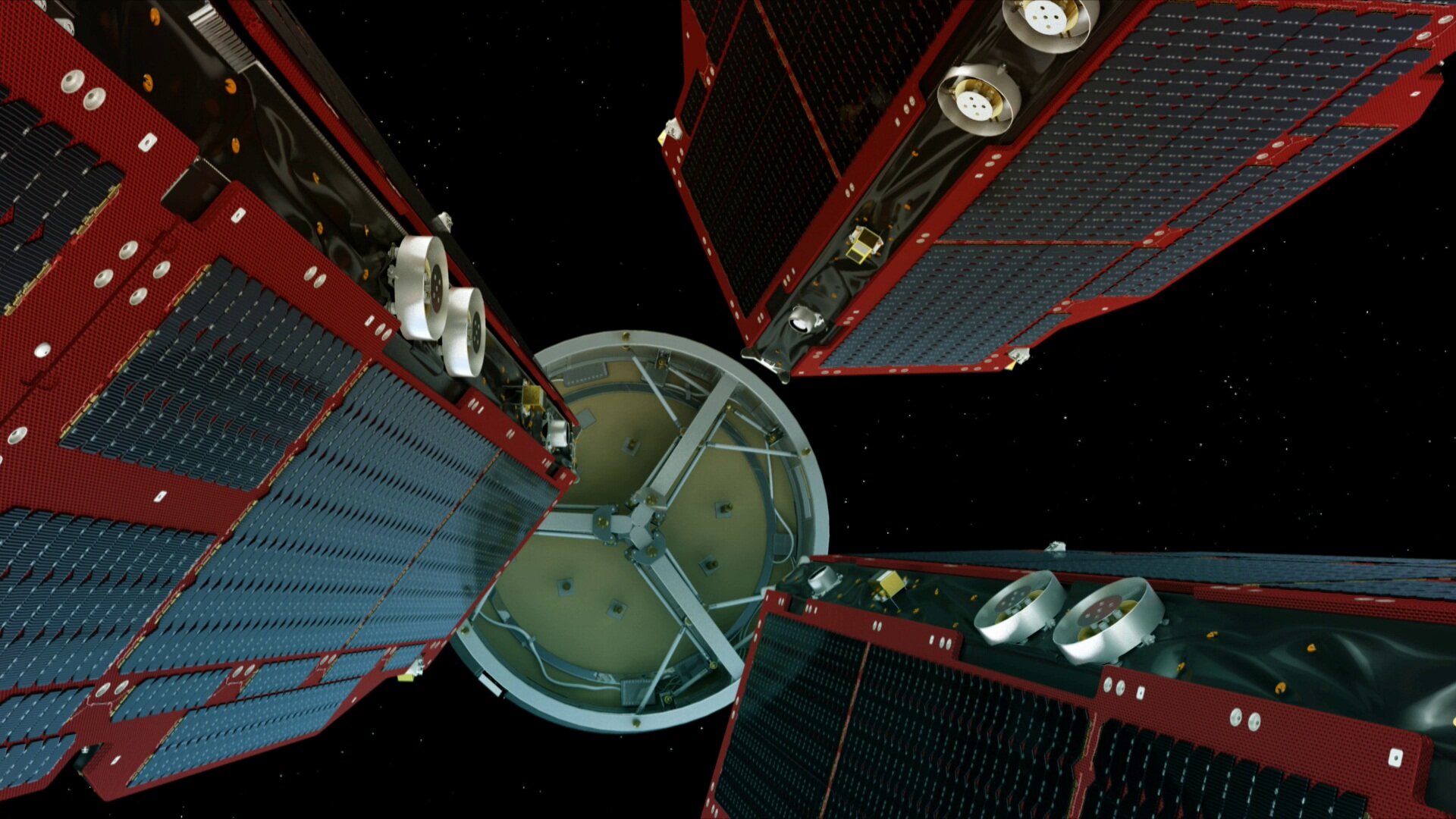 “For us, AOS – acquisition of signal – marks the start of the mission, and it’s the crucial moment we’ve been training for,” says Juan Piñeiro, Spacecraft Operations Manager for Swarm.

“It’s just one critical moment during ‘LEOP’ – the three- or four-day Launch and Early Orbit Phase – during which we have to execute a series of key steps in the right order at the right time.”

During LEOP, teams will work around the clock to check out all the satellite systems and payload, and deploy the critical magnetic payload boom late in the evening of the first day.

Hundreds of orbital manoeuvres for a trio

Starting during LEOP, the Swarm trio will steadily separate into different orbits. Swarm-A and -B will drop to around 460 km and fly in tandem, while Swarm-C climbs to 530 km.

This process will take several months, because the satellites carry only simple thrusters that provide very modest ‘puffs’ of thrust of Freon gas. It will take hundreds of these manoeuvres to get them into their final scientific orbits.

Train as you fly, fly as you train

Training of the mission operations teams has lasted over a year, with the last few months being especially intense.

The training sessions simulate each phase of the mission, and often run through a full 12-hour shift.

In a ‘Sim’ engineers use the actual mission control system to operate and fly a faithful software replica of the real Swarm satellites that respond to their commands just as the real ones will.

Experts from across the Agency – including flight dynamics, Estrack ground stations and software support and from the Swarm project and industry teams – also take part.

“The Sims have been very demanding; there are many scenarios in which something might go wrong, and we have to be able to implement fixes for the possible contingencies,” says Juan.

“During one Sim, we had to deal with multiple faults in some of the systems in all three satellites. In another, in addition to the satellite and ground system problems, one of the engineers was unexpectedly taken off console by the simulation managers because he had suddenly become ‘sick’, and the team had to step in to cover the missing expertise.”

Training continues almost until launch. A final LEOP simulation took place on 15 November, and the final, dress rehearsal is set for 19 November, followed by a final briefing for everyone involved in the launch on 21 November.

“It’s been a long time to get to this point, but we’re ready,” says Pier Paolo Emanuelli, Swarm Flight Director.

“The teams are ready, the operations centre is ready and we are looking forward to a very exciting liftoff on Friday.”

About the Swarm mission

Using carefully calculated orbits and five instruments on each of the three satellites, Swarm will provide information needed to untangle the sources of Earth’s magnetic field and electric currents around our planet.

The data will help to build global models of the magnetic field generated by our planet’s core and crust.