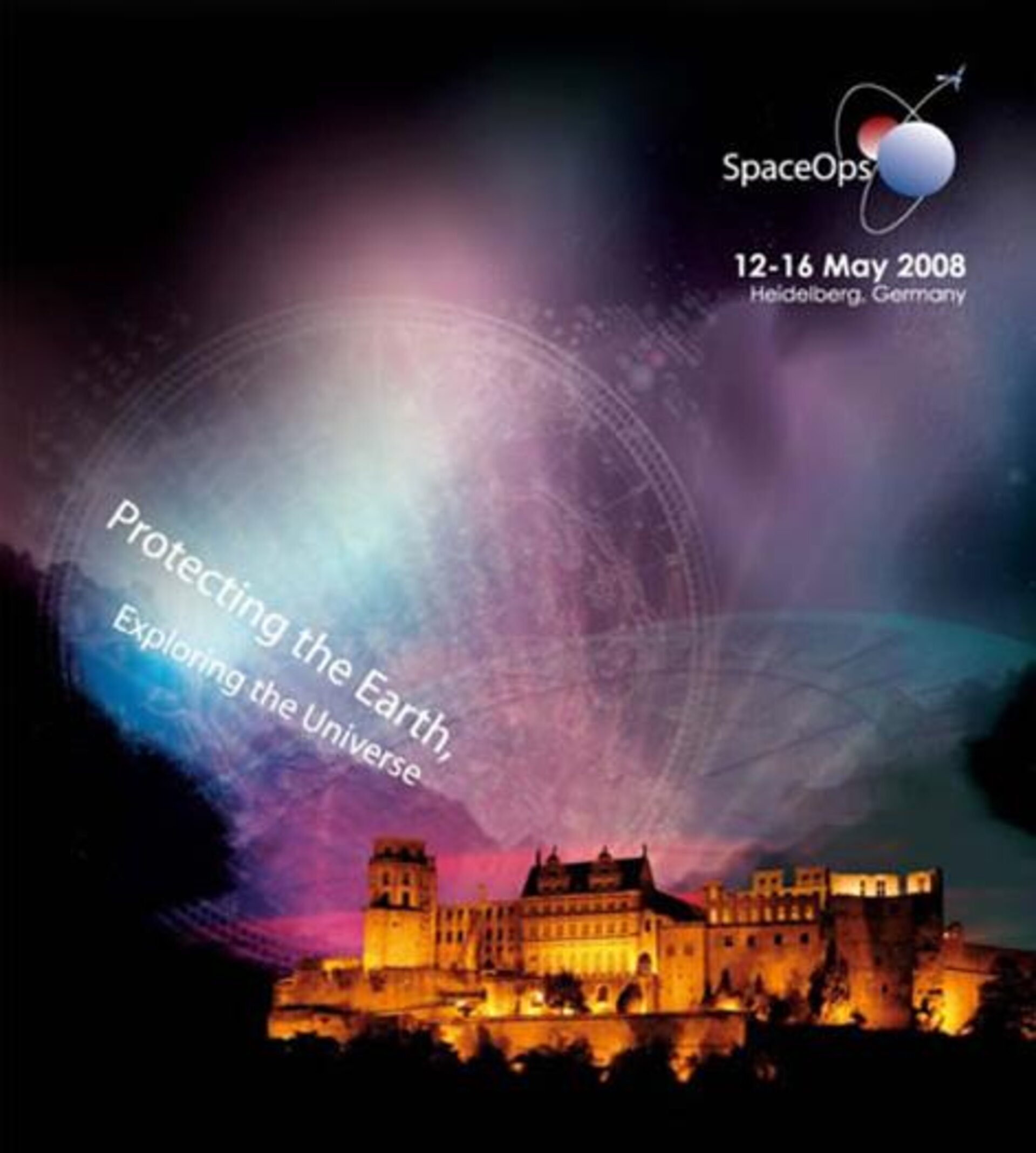 The world's leading conference focused on space operations, 'SpaceOps 2008,' takes place 12-16 May in Heidelberg, Germany. Space agencies from Europe, the Americas, Russia and Asia will join international academics, industry and analysts to share best practises and the newest technologies for spacecraft operations. For the first time, the general public is also invited.

SpaceOps 2008 is themed on "Protecting the Earth, Exploring the Universe" and will be attended by over 500 engineers, scientists and managers representing the world's top spacecraft-operating organisations including, for the first time, CNSA, the China National Space Administration.

For the second time in a row, the bi-annual event is being organised by European hosts, this year led by ESA and EUMETSAT (the European Organisation for the Exploitation of Meteorological Satellites), in cooperation with the American Institute of Aeronautics and Astronautics (AIAA).

"The Agency also benefits from learnings and best practises achieved by our partners in Europe, the US, Russia and elsewhere across missions spanning near Earth to deep space," says Paolo Maldari, SpaceOps 2008 co-chair and currently based at ESA's Space Operations Centre, Darmstadt, Germany.

Unlike most specialised conferences, which are open to experts only, SpaceOps 2008 will also include a special evening set aside for public participation, on Thursday, 15 May, in the Heidelberg Convention Centre.

"We aim to increase awareness of the importance of space activities among the local community. The evening will focus on space in general as well as Earth as seen by astronauts and by satellites' instruments, both of which provide us information crucial to understanding our planet's climate and environment and how these are affected by human activities," says Maldari.

"EUMETSAT looks forward to sharing with conference participants its experience as a successful operator of weather satellites for Europe. SpaceOps 2008 will also be another opportunity to meet partners who have come to Heidelberg from all over the world. It will also allow us to strengthen our already good relations with our German hosts," says Madeleine Pooley, EUMETSAT Conference and Events Manager.

Since its start in 1990, the SpaceOps conference series has embraced all technical areas related to spacecraft operations, from procedures, protocols and ground system engineering, design and development to operation and maintenance of ground station and communication networks, mission management techniques and public-private cooperation.

Conference highlights will include presentations on future Earth observation and deep space programmes by senior representatives from the major space-faring organisations. There will also be an open-forum discussion on future communication architectures and new technologies, such as the use of Internet Protocol in space, currently being studied as solutions for future space operations demands.

A special session will be dedicated to space debris, a topic that has recently generated considerable media coverage and attention by the space operations community in view of the potential danger that man-made debris can cause to spacecraft, particularly those in low-Earth orbits.

Over 450 abstracts have been submitted for presentation papers, substantially more than the week-long conference can accommodate, strongly underlining the growing global significance of SpaceOps.

The conference is organised in turn by members of the International Committee for Space Mission Operations and Ground Data Systems (the 'SpaceOps Organisation'), which include representatives of most spacecraft operating organisations and institutions. SpaceOps 2008 is the 10th edition of the SpaceOps conference and is being jointly organised by ESA, the European Space Agency, and EUMETSAT, the European Organisation for the Exploitation of Meteorological Satellites.