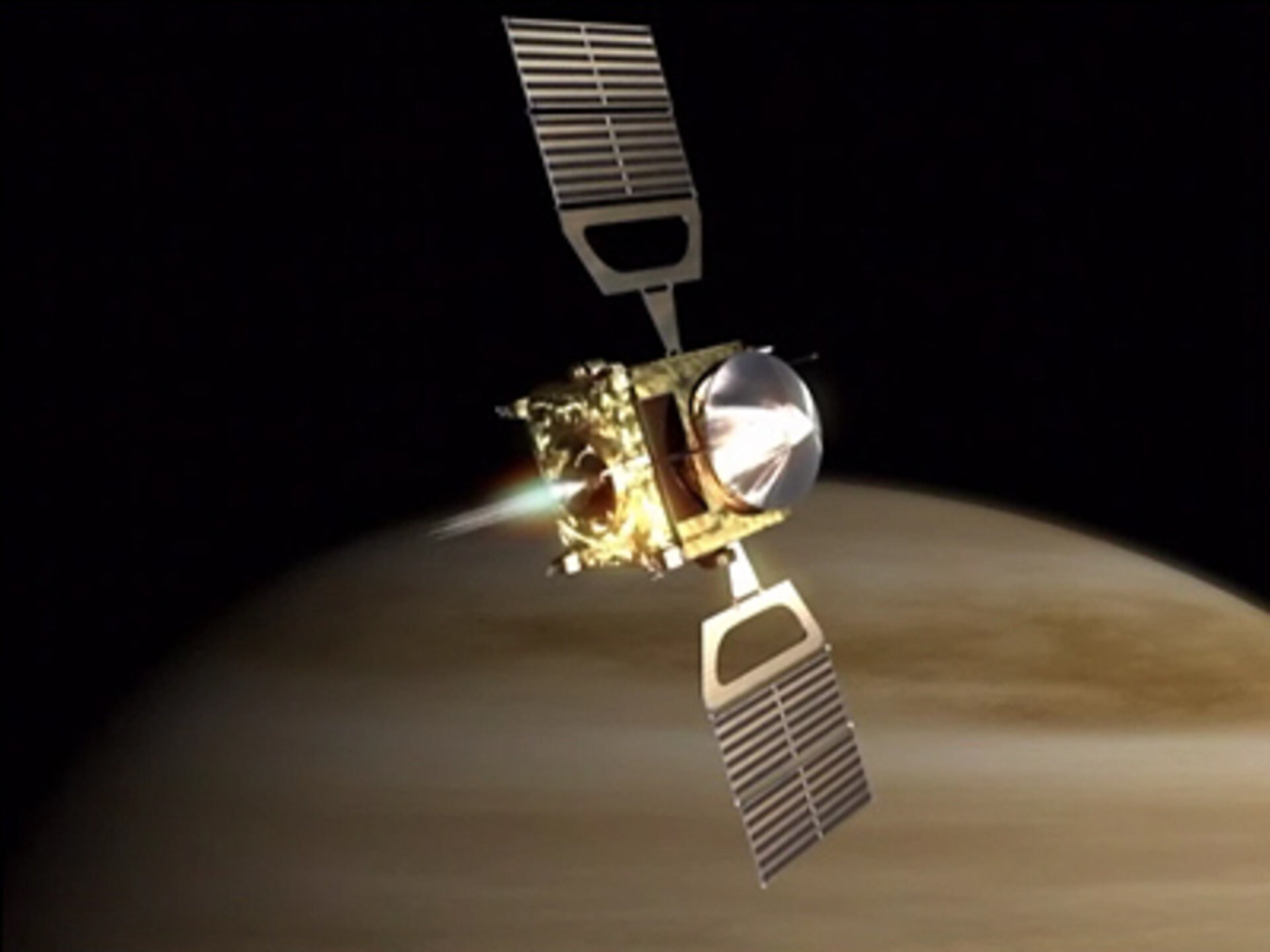 This thrust is aimed at reducing the initial velocity of 29 000 kilometres per hour (in relation to Venus) by 15 percent, to allow capture by the planet’s gravity. Thanks to this burn, Venus Express will settle into its preliminary, elongated nine-day orbit.

Only the spacecraft low-gain antenna, carrying a feeble but instantly recognisable signal, is transmitting throughout all VOI manoeuvres. This allows ground controllers to monitor the velocity change during the burn, using NASA’s Deep Space Network’s 70-metre antenna near Madrid, Spain. No other means of communication with the Earth is possible during the capture burn.

During the burn, at 09:45 CEST, Venus Express will disappear behind the planet and will not be visible from Earth. This is known as its ‘occultation’ period, in which the only signal coming from the spacecraft – the carrier signal from the low gain antenna - will become unavailable for ten minutes.