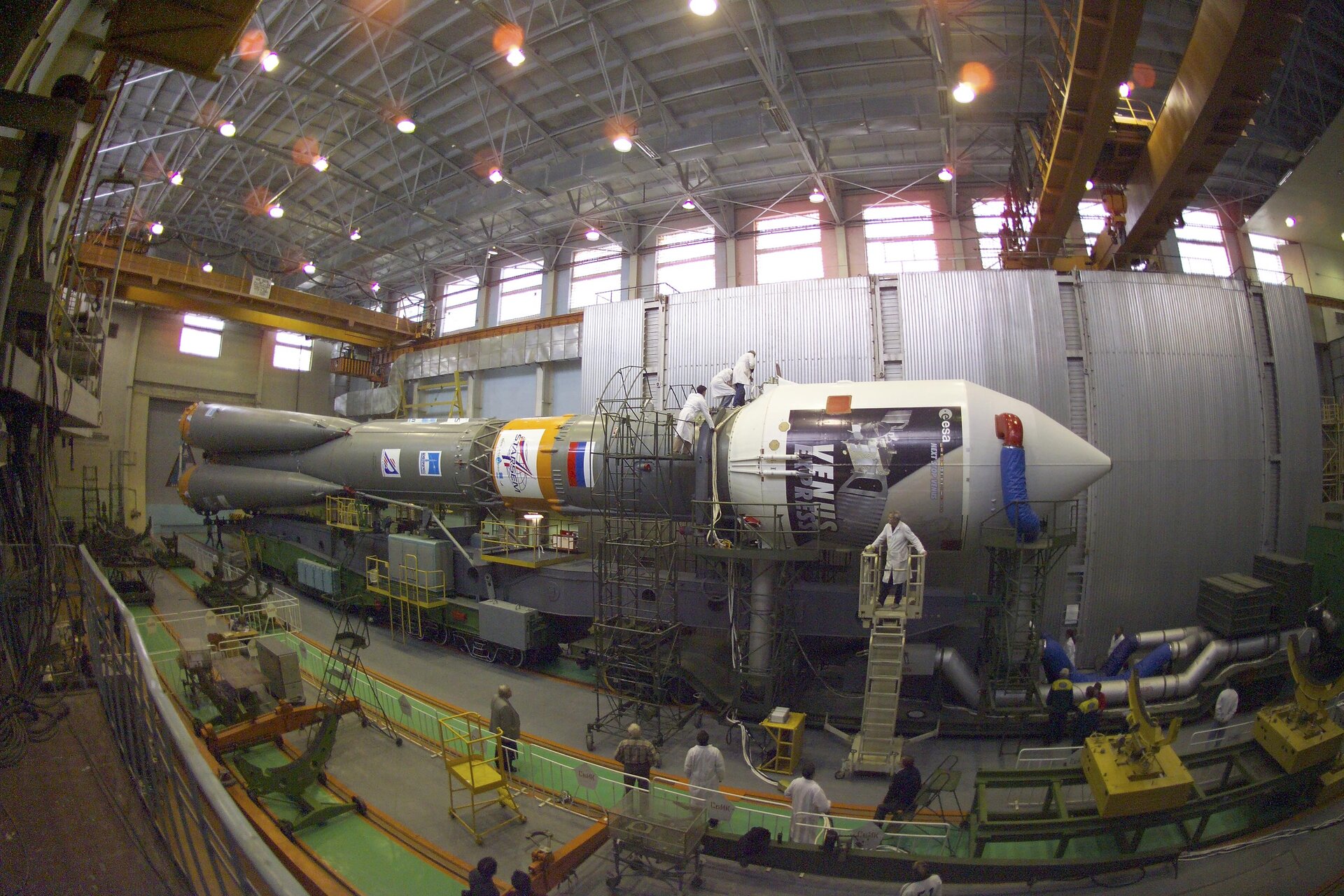 Following the announcement of the Venus Express launch delay due to particulate contamination found in the launcher fairing where the spacecraft was installed, ESA staff and industry teams have started an inspection of the spacecraft.

This recovery ‘investigation procedure’ has so far revealed a spacecraft in good status.

Having been removed from the Soyuz rocket, the upper composite, consisting of the Venus Express spacecraft attached to the Fregat upper stage and all housed in the rocket fairing, was transported to the Baikonur Cosmodrome’s Upper Composite Integration Facility in the early morning of Sunday 23 October.

On Monday 24 October the fairing was removed and engineers started the inspection to assess the status of the spacecraft.

The scenario is so far very encouraging, as only fairly large particles, pieces of the insulating material initially covering the launcher’s Fregat upper stage, have been found on the body of the spacecraft. These have been easy to identify by naked eye or with UV lamps, and are being carefully removed with tweezers, vacuum-cleaners or nitrogen gas airbrushes, according to size.

In the next couple of days the inspections and cleaning of Venus Express will continue, focussing on the instrument optics and apertures. After this step, Venus Express will be ready for the electrical tests, routine checks that precede the final cleaning done just before the encapsulation with the fairing. The upper composite will then be complete again and will be ready for re-integration with the launcher.

ESA and Starsem, the company responsible for the Soyuz-Fregat launcher, are merging the results of their parallel investigations and recovery measures to define a new launch date in the shortest timeframe. The ESA Project team is confident that Venus Express will be launched well within the launch window, which closes on 24 November this year.