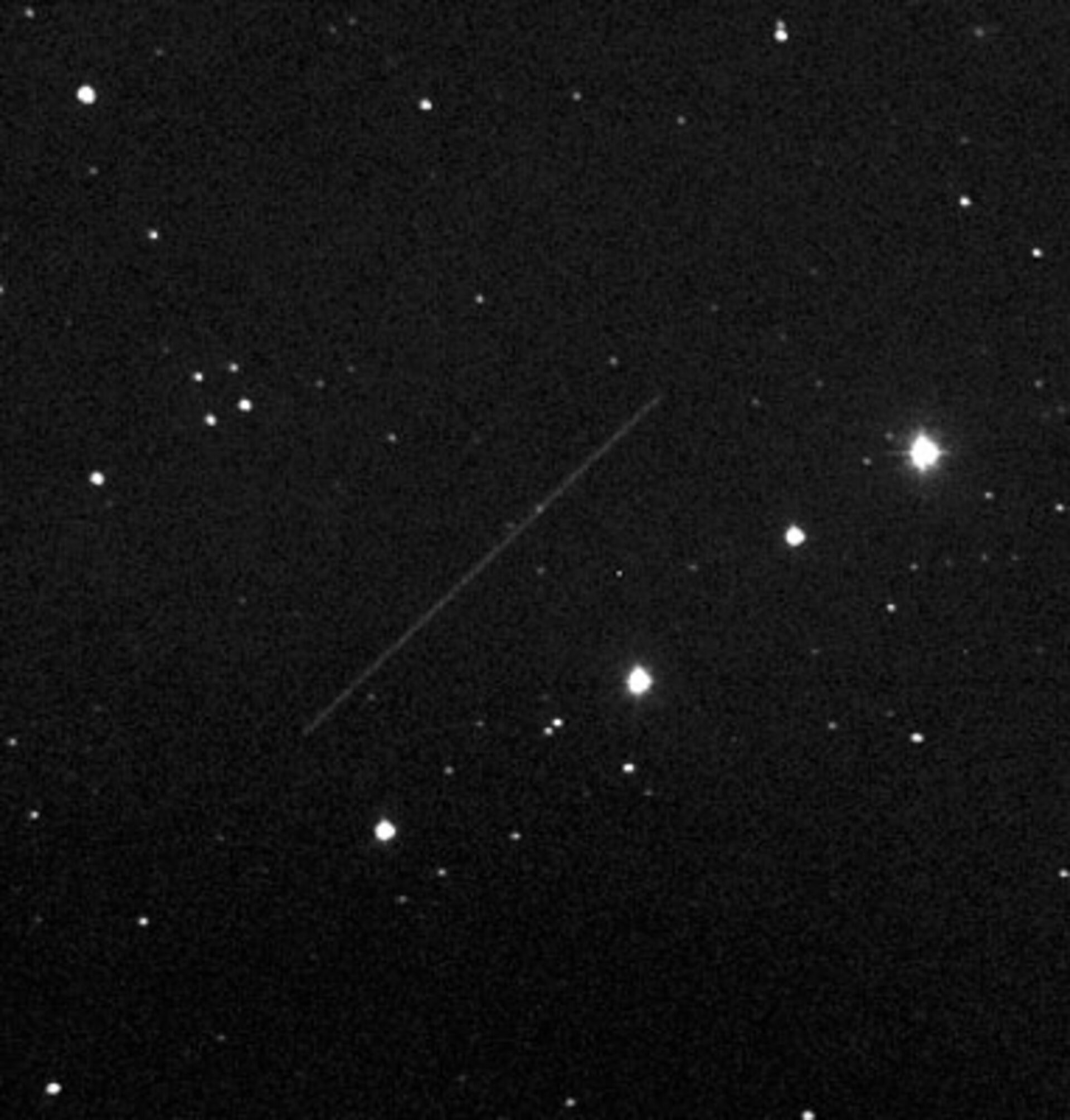 During last weekend ESA lost contact with its XMM-Newton X-ray observatory. Many space agencies and organisations are now joining forces trying to fix the problem: a feeble radio signal has been heard, and ground observations confirm that the spacecraft is intact.

XMM-Newton has operated faultlessly in orbit for almost nine years, close to its 10-year design lifetime. Nonetheless. It has become a workhorse of modern astronomy and so when it is in trouble it is a case of ‘all hands to the pumps’, with all available resources called to help.

During the evening of Saturday 18 October, XMM-Newton was approaching the point of closest approach to our planet, or perigee, along its 48-hour highly elongated orbit around Earth. At that time, it was communicating normally with the Santiago ground station in Chile through one of its two antennas. After the spacecraft moved out of visibility from Santiago, its radio signal, routinely switched to the other antenna by a previously uploaded command, was expected to be picked up by ESA’s Villafranca ground station in Spain about an hour later. Unfortunately, radio contact was never reestablished.

Notwithstanding all the standard recovery procedures performed immediately by the XMM-Newton flight control team at ESA’s European Space Operations Centre (ESOC) in Darmstadt, Germany, the problem was still present when other ESA ground stations were used. The situation hinted at either a technical problem on board or, in the worst case, a catastrophic event in orbit, such as a collision with space debris or a meteoroid, or a malfunction of a thruster making the spacecraft tumble wildly, or even an explosion.

Luckily, the worst cases have been ruled out as amateur astronomers in Germany’s Starkenburg observatory took images of the sunlit XMM-Newton against the night sky. This showed that the satellite has not fragmented and that it is maintaining a constant attitude in its expected orbit. This was confirmed later by the many other ground-based telescopes across the globe that answered XMM-Newton’s call for help.

Engineers at ESOC, supported by European industry and experts from other ESA sites, are now trying to command the spacecraft in the attempt to recover a working configuration for XMM-Newton’s communication system. To get the best chances of success, ESA has also requested the emergency support of NASA’s Deep Space Network antennas in Canberra (Australia) and Goldstone (USA). Owing to their favourable locations when the satellite is closest to Earth, they can direct a more powerful signal to it.

Engineers hope to be able to reestablish nominal ground contact with XMM-Newton within the next few days. Until then, the spacecraft and instruments should be safe. In fact, they were prepared for perigee passage – where the instruments have to be protected from Earth’s glare and the effects of Earth’s radiation belts – when the anomaly occurred.

The other ground observatories that detected XMM-Newton were the telescope at Zimmerwald in Switzerland (Astronomy Institute of the University of Bern), the ESA Space Debris telescope at Tenerife (Canary Islands, Spain), the German FGAN radar near Bonn and the NASA and US Space Surveillance network.