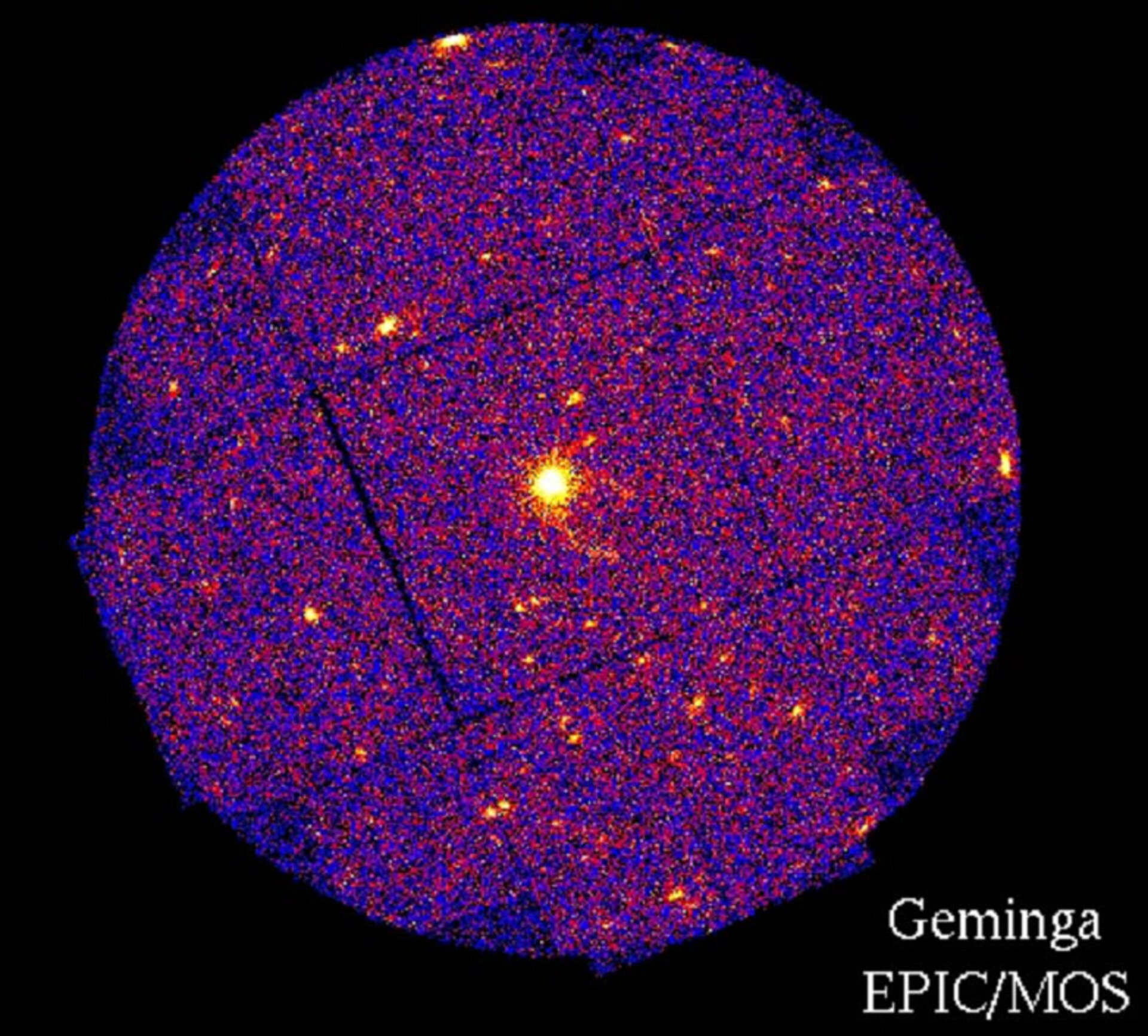 Thanks to data from ESA’s XMM-Newton spacecraft, European astronomers have observed for the first time rotating ‘hot spots’ on the surfaces of three nearby neutron stars.

This result provides a breakthrough in understanding the ‘thermal geography’ of neutron stars, and provides the first measurement of very small-sized features on objects hundreds to thousands light-years away. The spots vary in size from that of a football field to that of a golf course.

Neutron stars are extremely dense and fast-rotating stars mainly composed of neutrons. They are extremely hot when they are born, being remnants of supernovae explosions. Their surface temperature is thought to gradually cool down with time, decreasing to less than one million degrees after 100 000 years.

However, astrophysicists had proposed the existence of physical mechanisms by which the electromagnetic energy emitted by neutron stars could be funnelled back into their surface in certain regions. Such regions, or ‘hot spots’, would then be reheated and reach temperatures much higher than the rest of the cooling surface. Such peculiar ‘thermal geography’ of neutron stars, although speculated, could never be observed directly before.

Using XMM-Newton data, a team of European astronomers have observed rotating hot spots on three isolated neutron stars that are well-known X-ray and gamma-ray emitters. The three observed neutron stars are ‘PSR B0656-14’, ‘PSR B1055-52’, and ‘Geminga’, respectively at about 800, 2000 and 500 light-years away from us.

As for normal stars, the temperature of a neutron star is measured through its colour that indicates the energy the star emits. The astronomers have divided the neutron star surfaces into ten wedges and have measured the temperature of each wedge. By doing so, they could observe rise and fall of emission from the star’s surface, as the hot spots disappear and appear again while the star rotates. It is also the first time that surface details ranging in size from less than 100 metres to about one kilometre are identified on the surface of objects hundreds to thousands light-years away.

The team think that the hot spots are most probably linked to the polar regions of the neutron stars. This is where the star’s magnetic field funnels charged particles back towards the surface, in a way somehow similar to the ‘Northern lights’, or aurorae, seen at the poles of planets which have magnetic fields, such as Earth, Jupiter and Saturn.

“This result is a first, and a key to understand the internal structure, the dominant role of the magnetic field treading the star interior and its magnetosphere, and the complex phenomenology of neutron stars,” says Patrizia Caraveo, of the Istituto Nazionale di Astrofisica (IASF), Milan, Italy.

“It has been possible only thanks to the new capabilities provided by the ESA XMM-Newton observatory. We look forward to applying our method to many more magnetically isolated neutron stars,” concludes Caraveo.

However, there is still a puzzle for the astronomers. If the three ‘musketeers’ are predicted to have polar caps of comparable dimensions, why then are the hot spots observed in the three cases so different in size, ranging from 60 metres to one kilometre? What mechanisms rule the difference? Or does this mean some of the current predictions on neutron stars magnetic fields need to be revised?

The result, by Andrea De Luca, Patrizia Caraveo, Sandro Mereghetti, Matteo Negroni (IASF) and Giovanni Bignami of CESR, Toulouse and University of Pavia, is published in the 20 April 05 issue of the Astrophysical Journal (http://www.journals.uchicago.edu/ApJ, vol. 623:1051-1069).