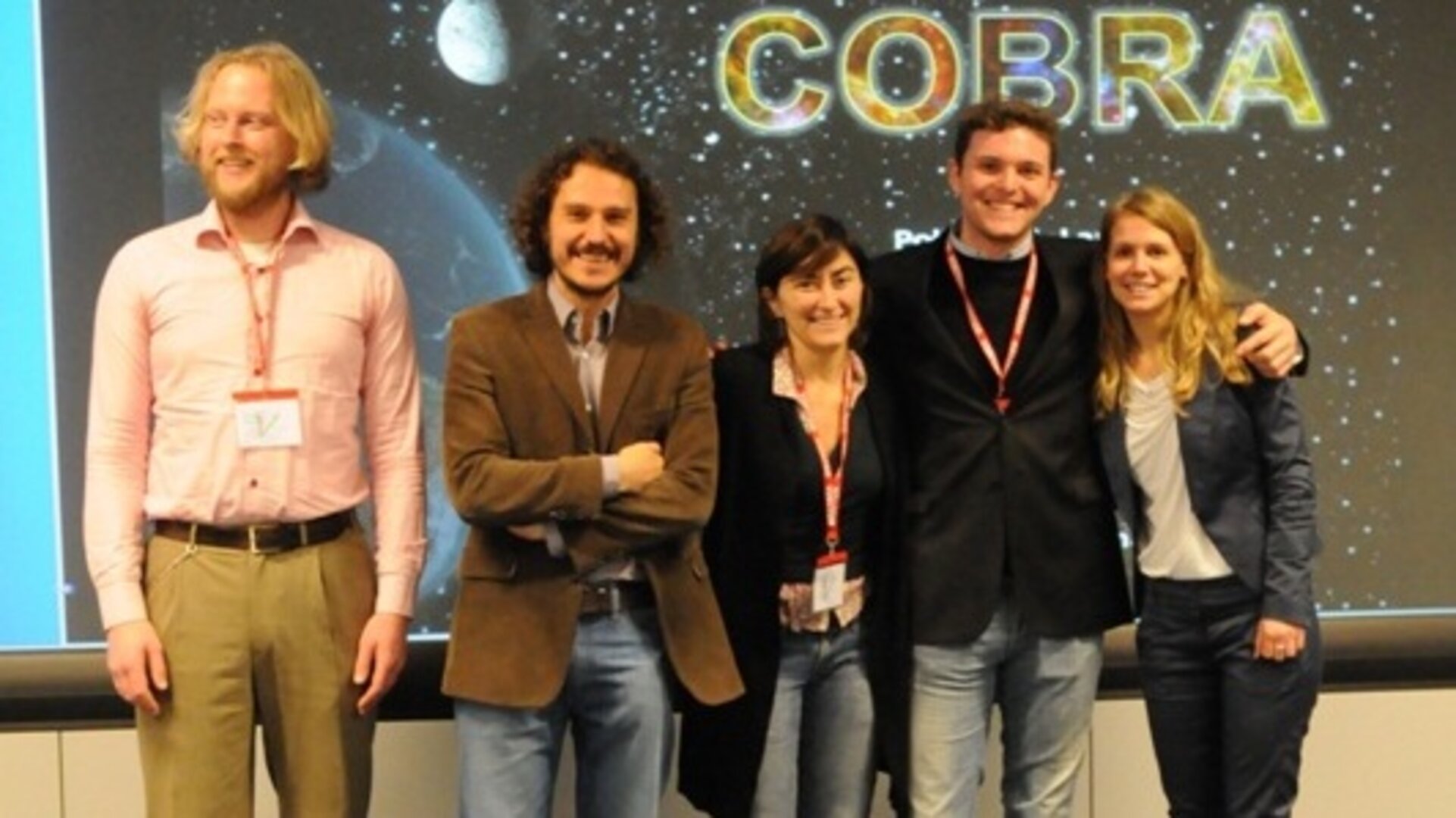 The first edition of the ESA SysNova award, a competition for space mission design solutions, has a winner. It’s not the Oscars and there were no Hollywood celebrities, but SysNova has a lot to do with the stars and with both academic and industrial creativity. At the Mission Concept Review, held at ESA ESTEC, an idea to help dispose defunct satellites claimed first prize.

Figuring out how to push around a defunct satellite without touching it, working out how to change the orbit of a tiny space rock without grabbing it,  or finding out the best way to keep alive small plants and animals in interplanetary space, were among the challenges proposed by ESA as part of the first SysNova competition round. This year's edition focused on problems of general interest for engineering and exploration space missions, such as autonomy, efficient orbit transfer, energy and life support systems.

The topics are chosen by ESA among mission options that are beyond current programmes but are deemed credible in the mid-term.

During the final review held in January at ESA's technology research centre, ESTEC, an ESA panel awarded the prize to the ‘COBRa’ team. The team was composed of GMV (Spain), Politecnico di Milano (Italy) and Thales Alenia Space (Italy). The innovative idea is aimed at bringing down space junk and non-operational satellites that are littering useful orbits. This would be done by ’spraying’ them with a conventional rocket engine, and in this way pushing them into a new orbit. If enough rocket fuel were used in the case of small debris this could place them where they do not pose a risk for operational spacecraft, or into a safe re-entry path for them to burn up in the atmosphere.

In spite of the tough cost targets and demanding time constraints –two months to respond to the challenge with a proposal, and two more to complete the analysis under ESA contract –, the response has been impressive. The very high standard of all submitted solutions made the decision of the ESA evaluation board very difficult. In the end, the panel selected COBRa because it valued the simplicity of the proposed engineering solution; the technology demonstration in COBRa would act as a ‘payload’ plugged into a conventional spacecraft that would follow orders in a ‘master-slave’ mode. It was recognised that a demonstration would not require exotic technologies. The panel also noted that the concept is a novel one, that has not been addressed in ESA programmes before.

The COBRa team is now getting ready to study the feasibility of a small technology demonstration mission using ESA´s Concurrent Design Facility. All the teams will also have the chance to propose technology ideas based on the concepts that they have been working on.

“All the teams have worked really hard and come up with great technology ideas”, says Eleonora Luraschi, a young space engineer supporting the SysNova competition within ESA's General Studies Programme (GSP), “ESA will now analyse them and decide whether to invest on them, depending on future missions´ needs and ESA Member States’ interests”.

SysNova is a new ESA initiative in which teams made up by experts from academia and industry are invited to work together on new mission design problems. The reports containing SysNova mission concept work are now online.

SysNova is an initiative funded by ESA's GSP, which is managed by the Future Preparation and Strategic Studies Office within the Policy Planning and Control Directorate. It counts on the participation and support by ESA experts from the Technology and Quality Management and Human Spaceflight and Operations Directorates.