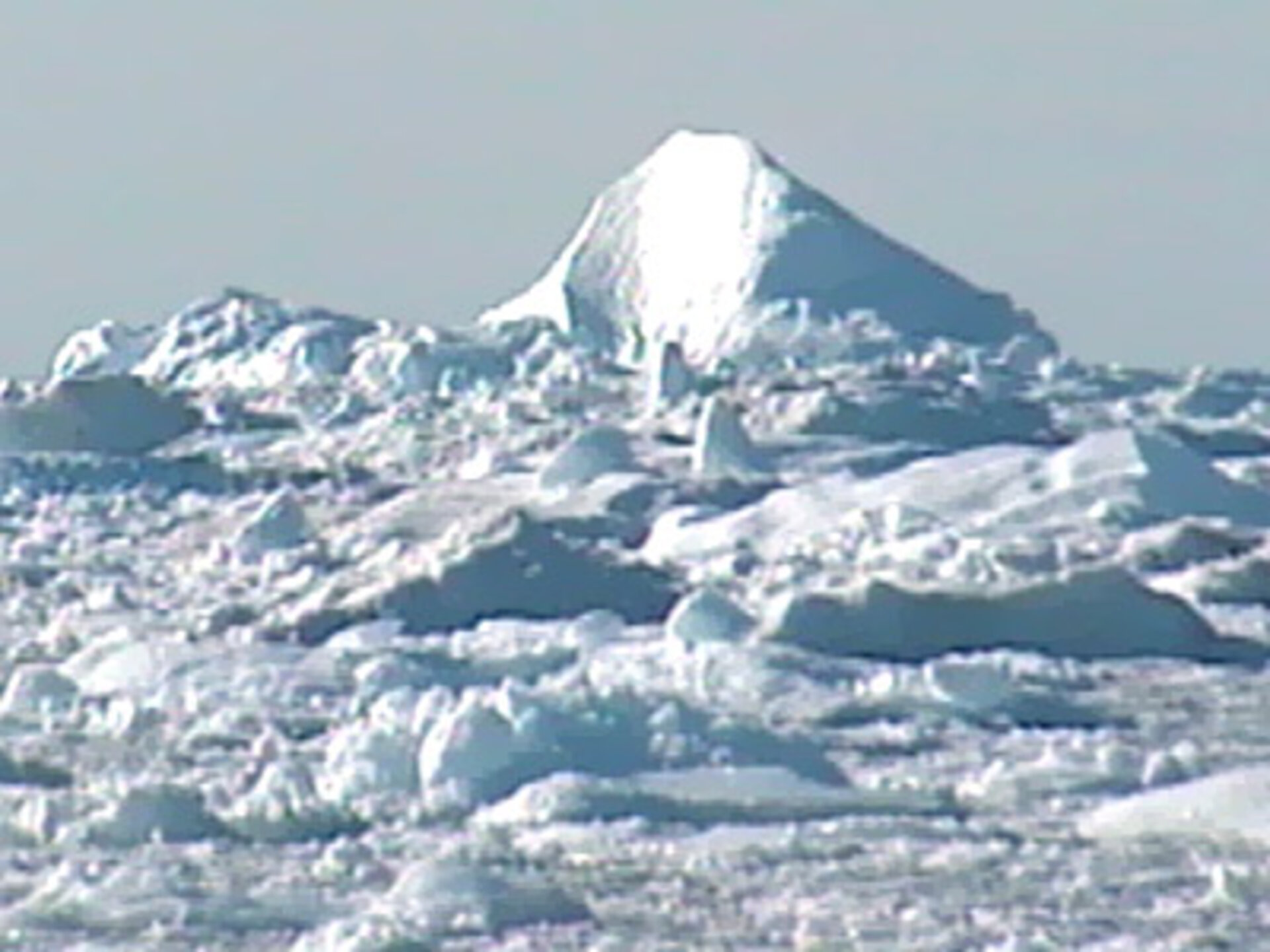 A technique being used by the European Space Agency at Mars could prove invaluable for studying the stability of Antarctic ice sheets here on Earth. In preparation, a new ESA study is seeking to refine the radar method for use on our planet.

Funded by ESA's General Studies Programme, the new study is called Advanced Concept for RAdar Sounder (ACRAS). It will assist both Earth observation and planetary exploration by developing a technique that uses orbiting radar at long wavelength to see beneath the surface of a planetary body and return information about the subsurface environment.

Clearly, a method of obtaining information about the interior of a planetary body from orbit removes the need for expensive landing and drilling equipment. It also achieves global observations rather than limited data derived from drilling at a few points dotted across the planet. However, there are two complications.

The first is that the upper reaches of an atmosphere are populated by electrically charged particles. Called the ionosphere, this layer distorts the low frequency signal as it passes through. The second complication is that the size of the radar beam covers a larger area than the target region just below the spacecraft. Stray reflections from the surrounding terrain can then bounce back and overwhelm the radar signal coming from the sub-surface region. This is called clutter.

During the late 1990s, a mission to monitor Antarctic ice using radar was proposed to ESA. However, whilst investigating the concept, ESA found that it was impossible to suppress the confusing reflections from the surface of the Earth that were masking the real signals coming from features below the ground. Fortunately, the ACRAS study may have now found the solution.

The key is to treat the problem in two different ways. In the direction in which the satellite is moving, the returning radar has its frequency subtly altered by the Doppler effect. This is the same effect that makes an ambulance's siren appear to change pitch as it passes. The Doppler effect in the radar beam can be analysed to determine where the reflected signals are coming from and reject the unwanted ones. In the 'cross-track direction', at right angles to the direction of travel, the study has determined that instead of sending out one radar beam, sending three with slightly different properties can be used to determine which reflected signals to keep.

ESA's Mars Express carries a pioneering radar experiment currently investigating the Red Planet and searching for any evidence of sub-surface reservoirs of water and ice. The Mars Advanced Radar for Subsurface and Ionosphere Sounding (MARSIS) instrument works between 1.3 and 5 MHz. However, this frequency cannot be used on Earth and so the ACRAS study is investigating a change to work at the frequency of 435 MHz.

This new study is meeting with success and paves the way for even more precise instruments that could work around Earth. A space-borne ice-sounding radar could accurately estimate the ice sheet thickness of the Antarctic and other polar locations. It would give information about the three-dimensional internal structure of the ice sheets, the shape of the underlying terrain and the configuration of the bedrock. Repeated observations could allow scientists to monitor the way in which the ice sheets evolve with time. As ice melts and is discharged into the ocean, it has a profound impact on the global climate.

In the realms of planetary exploration one of the biggest unanswered questions is whether there is a global ocean of water under the icy crust of Jupiter's moon Europa. A similar radar system on a mission further into the future could map the thickness of the ice crust there and reveal the ocean beneath.

Saturn's moon, Titan, is another natural target. As the Cassini spacecraft found out just few weeks ago, this moon is also likely to hide an ocean of liquid water beneath icy landforms and strange lakes of hydrocarbon fluid. The combination of these chemicals and a heat source keeping the water liquid provides the basic conditions for the appearance of life. The confirmation of Cassini's discovery by a mission using an ACRAS-like system would have profound implications in our search for life beyond our planet.

The ACRAS study is set to conclude in October this year. Although a fully-fledged satellite mission is a long way off yet, Florence Hélière, the ESA study officer, says, "We hope to conduct an airborne test of the technique."