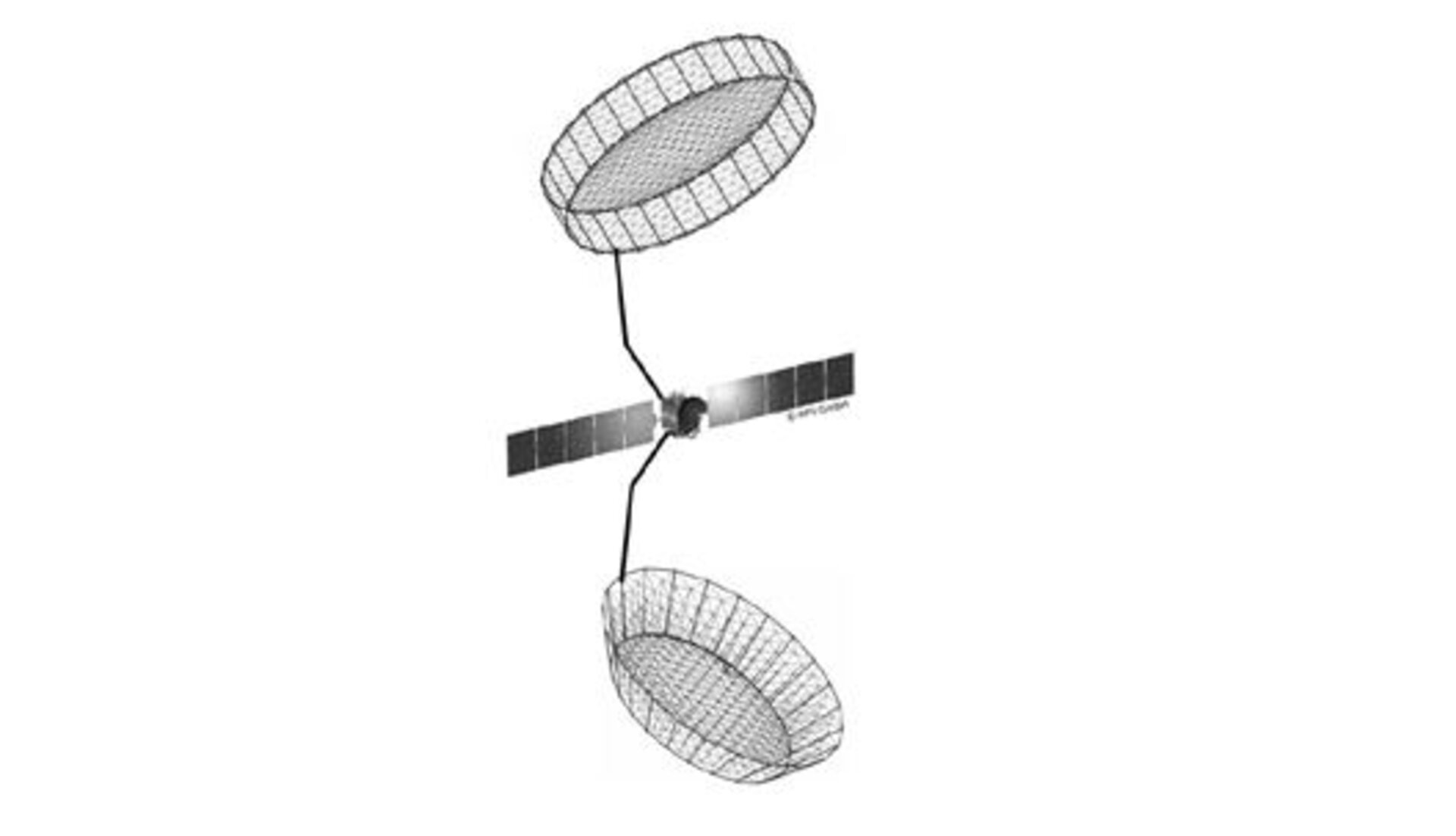 Within ESA General Studies Programme's project RESTEO (REflector Synergies between Telecom and Earth Observation) conceptual work has been carried out to identify the most promising reflector desings capable of meeting the requirements of both telecommunication and Earth-observation future missions.

A team lead by Space Engineering (Italy), together with HPS and Technical University of München, identified a potential development of Large Deployable Reflectors in Europe. Increasing demands for improved performance of mobile services are likely to drive the use of large reflectors for telecommunications. This is associated fundamentally to the systems operating either globally or regionally from GEO. Today, Inmarsat 4 covers the globe with 3 satellites, each carrying a 9 meter reflector operating in L-band with 120 element feed system. Alphasat will back-up and extend this scenario using a 12 meter reflector. The North American region is covered with ~500 spot beams by Sky Terra (L-band, 22m antenna) or with ~500 beams by Terrestar (S-band, 18 m antenna).

The GSP study has investigated possible synergies between telecommunications and Earth-observation missions for such applications in Europe. In particular, the following study objectives have been addressed:

Starting from the overview of the market needs in Telecomm and Earth-observation missions, two classes of reflector have been identified. The most promising concepts able to match market needs have been pointed out, in terms of reflecting surface and peripheral ring. The two concepts are the cylindrical double pantograph and the “V” fold conical ring (see image).

Both architecture are based on metal mesh and peripheral ring structure and they have been investigated in the present project. Both proposed concepts are highly scalable, so applicable for reflectors to be used in EO and TLC missions ranging from P to Ka band frequencies. A denser mesh should be used for Ka band missions even if same materials and knot type can be used.