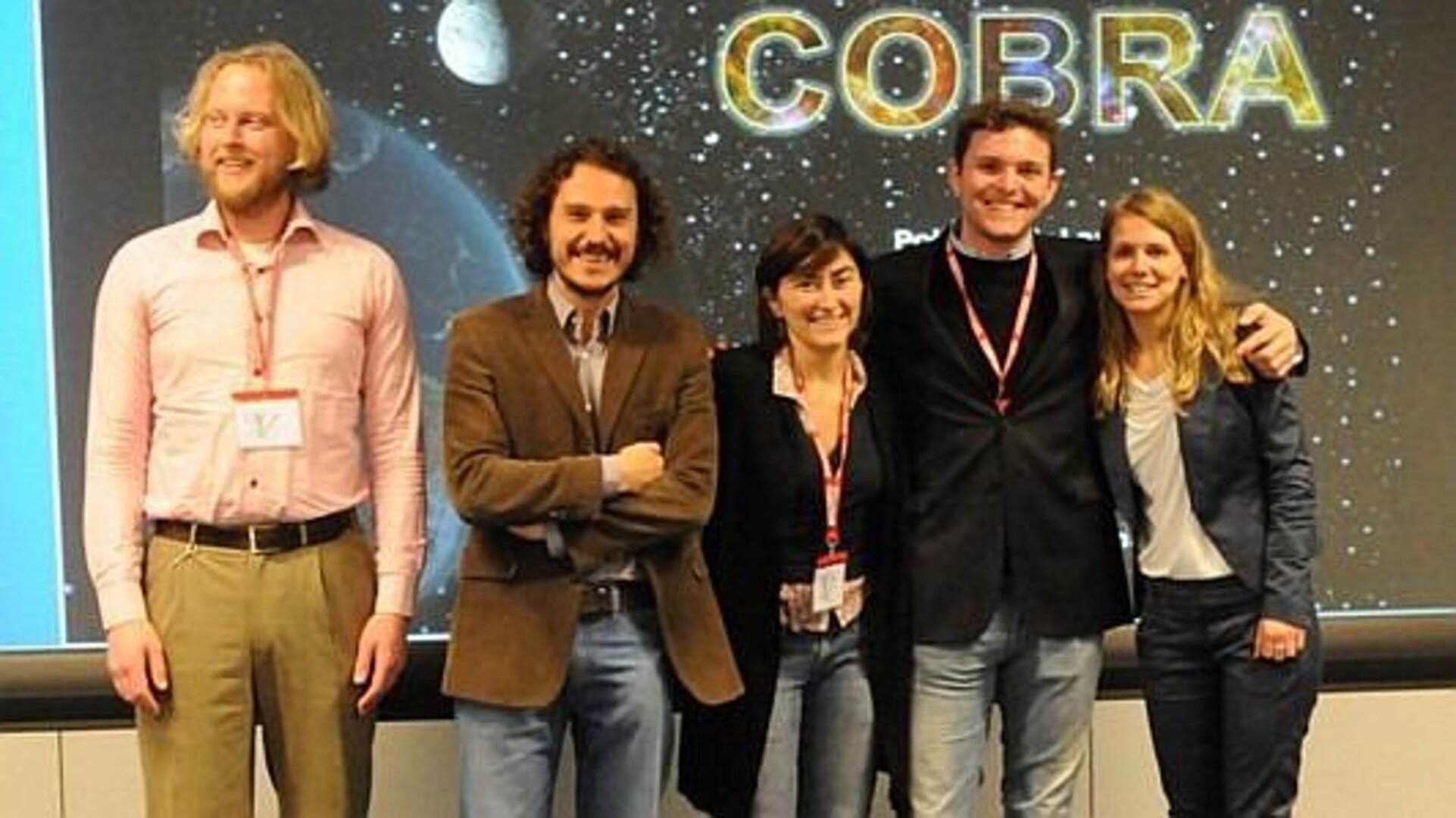 The COBRa study, conducted as part of ESA´s SysNova technology assessment scheme, investigated an active debris removal concept relying on the exhaust plume of a monopropellant chemical propulsion system as a means to impart momentum and ultimately modify the orbit of a space debris object in a contactless manner.

The concept was scheduled to be demonstrated in-orbit making use of the Mango spacecraft from the PRISMA mission and the decommissioned CNES satellite Picard of the IRIDES mission. An interaction of such kind had never been studied before in any detail beyond chemical contamination effects.

Recently, the possibility of using satellites at the end of their life for In-Orbit Demonstration (IOD) of relevant debris removal concepts has been studied. Of particular interest is the ability of these spacecraft to perform close proximity operations combined with orbit and attitude modification between two co-flying satellites. The PRISMA mission, has successfully demonstrated high accuracy formation flying using the Mango and Tango satellites since its launch in 2010.

Following the nominal mission phase of PRISMA a further navigational experiment was to be performed. For this the still operational Mango satellite would rendezvous with the non-cooperative and de-commissioned Picard satellite, allowing a detailed analysis of the optimal rendez-vous phase. COBRa would then attempt the controlled alteration of the Picard attitude by use of plume impingement.

Specifically, the COBRa experiment was to be performed by pointing the thrusters of Mango towards Picard and conducting a small burn from a near-by spiral orbit. Optical observations by the visual camera on board Mango before and after the push would then enable on-ground evaluation of the change in the attitude dynamics of Picard.

Even though the IRIDES experiment and therefore also the COBRa In-Orbit demonstration could not be fully executed, due to a lack of propellant on Mango, it was possible to develop a technological framework for high-precision relative navigation control. In the context of evaluating the COBRa concept, mission analysis was conducted and essential vision-based navigation technology was consolidated. Generally, the experiment feasibility was demonstrated and critical areas were highlighted.