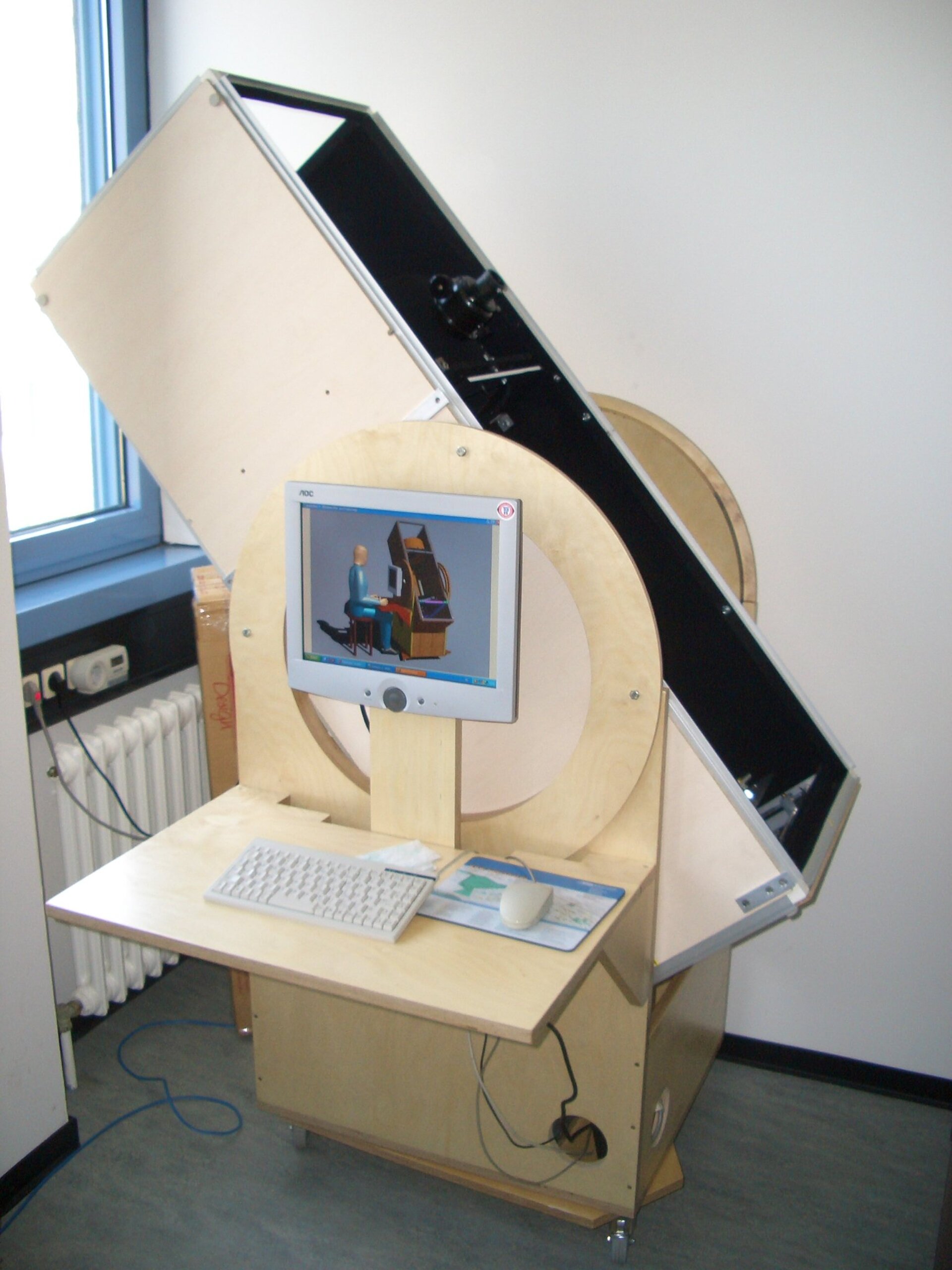 A novel suitcase-sized telescope could revolutionise the way we see the Earth and other planets. ESA has supported the work of a group of students in developing the Dobson Space Telescope, being tested this month aboard ESA's parabolic flight campaign aircraft.

This experimental prototype launches in a compact configuration and then unfolds to provide a cost-effective space telescope. It could lead to fleets of low-cost telescopes, bigger than the Hubble Space Telescope.

Large payloads are difficult to put into space because they are usually heavy and expensive to launch. Now a revolutionary design of unfolding telescope, inspired by telescopes used by amateur astronomers, is ready to enter a phase of detailed testing. If successful, it could dramatically reduce the cost of placing telescopes in space.

The telescope is a project of the Department of Astronautics at the Technische Universität Berlin, Germany. "We called our project the Dobson Space Telescope because we borrowed the idea from the Dobsonian telescopes used by amateur astronomers," says project manager Tom Segert, who has recently completed his degree at TU Berlin. Dobsonian telescopes are often comprised of two mirrors, held the correct distance apart by long poles. They can be dismantled and transported by car to a good observing site, where there are reassembled with nothing more complicated than a screwdriver.

In space, however, a screwdriver is useless unless you have an astronaut to turn it and so Segert plans to use a motor to unfold his telescope. Working on a shoestring budget, his first prototype used inflatable bicycle tyres to push the mirrors into position. When this proved incapable of aligning the telescope optics, Segert turned to metal truss rods and micromechanics to unfold everything into its correct place.

Using a grant from ESA's General Studies Programme, Segert and other TU Berlin students have written a full technical report and built a prototype for testing in this month aboard ESA's parabolic flight campaign aircraft. As the aircraft flies special manoeuvres, the prototype will experience periods of free-fall that mimic the conditions in space. During this time, Segert will test the telescope’s ability to unfold. Eventually, Segert hopes for a demonstration mission in space.

Currently, space-based observations account for just one tenth of the commercial Earth observation market. The rest is supplied by aeroplane reconnaissance, which is much cheaper. Space observations cost 20 Euros per kilometre whereas aeroplane data is twenty times cheaper. Segert believes that cost-effective Earth observation microsatellites, based on his telescope design, will allow all users access to space images.

There is also nothing to stop a Dobson Space Telescope from turning its attention from Earth to the wider cosmos. In fact, Segert imagines the first missions could 'timeshare' between Earth and astronomical observation. "When the telescope flies into the shadow of the Earth and so can't take pictures of the ground, we could turn it around and observe astronomical targets," he says.

Future versions could be sent to other planets. As the telescope is so lightweight, it could be mounted on a Mars Express-sized spacecraft and used to take pictures showing details as small as 30 cm across on the Martian surface.

Although the prototype contains a respectable 50 cm-diameter mirror, Segert believes that it can scaled up in the future to achieve space telescopes bigger than the Hubble Space Telescope but still at a fraction of the cost. "If we did that," says Segert, "the astronomers would be in heaven."

ESA provided about 40% of the budget. The rest came from industry (40%), the Technische Universität Berlin, Germany (10%) and personal investments by the team members (10%). ESA's opportunity to participate in this project came about after ESA's Education Office introduced Tom Segert to ESA's Advanced Concepts Team at the 2003 International Astronautical Congress, in Bremen.

A microsatellite is a spacecraft that weighs less than 100 kg and fits inside a space roughly 60 cm x 60 cm x 80 cm.