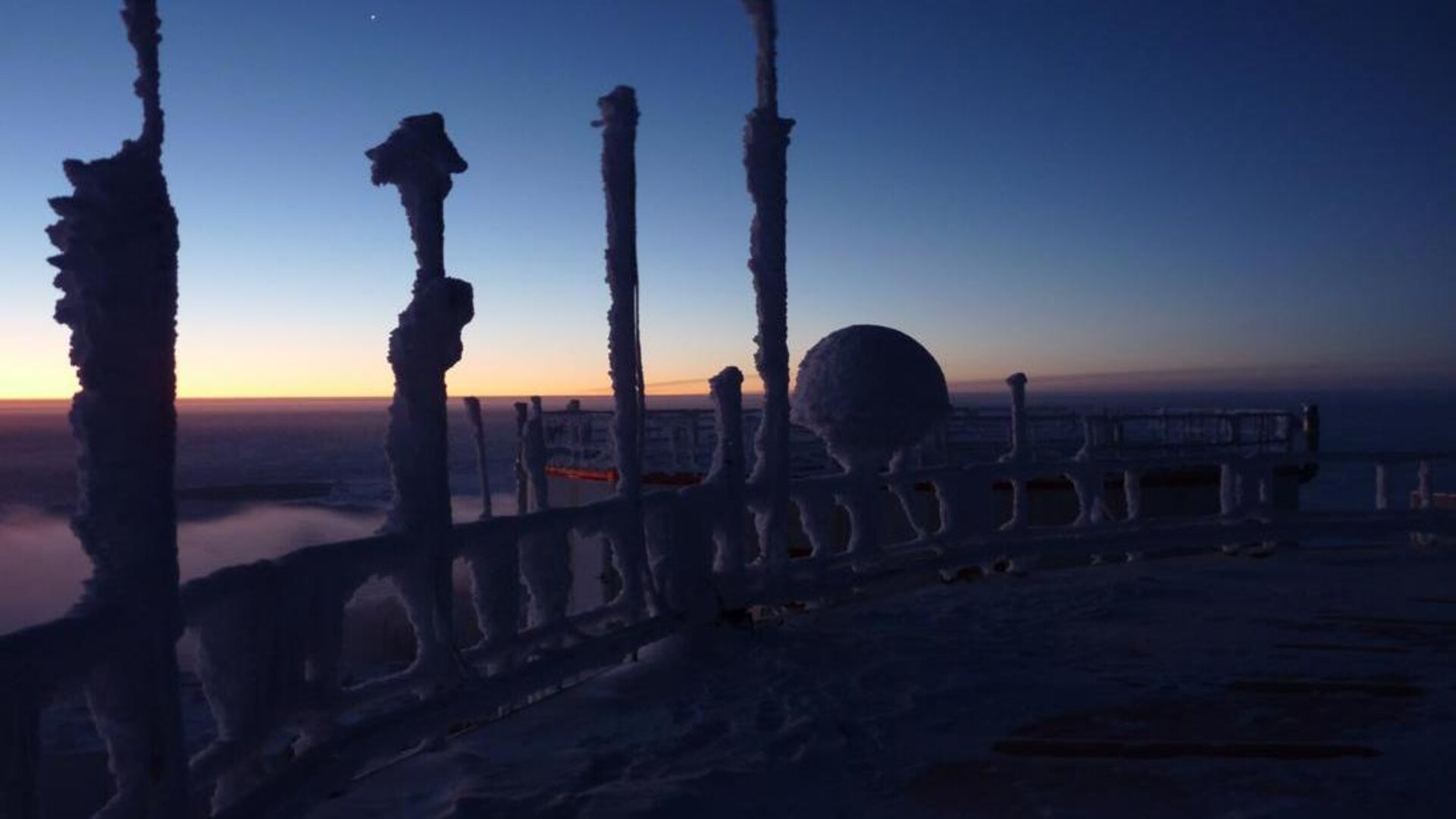 Situated in isolation, in extreme cold, and at altitude, the Franco-Italian Concordia research station poses serious challenges to normal human activity – just like space exploration. With the next base housing humans some 600km away, the researchers who go to Concordia are technically further away from other human life than astronauts and cosmonauts on the International Space Station. In winter, the crew members must fend for themselves, even in an emergency, as help cannot reach the base by land or by air.

Although they face a difficult time there, up to 16 people live and work at Concordia for around a year at a time each. ESA participates in the base to help research for crewed missions to other planets. For example, ESA sponsors a medical doctor each year to run experiments with the people living at Concordia to see how the isolation, lack of sunlight, and low oxygen levels (the base is at 3200m altitude) affect them.

Construction began on the station in 1999, close to the site where the European Project for Ice Coring in Antarctica (EPICA) had been working since the mid-1990s. It took three summers to build the two towers of the Concordia station, and it was commissioned in 2005 when the first crew spent the winter there. It has been occupied by humans ever since.

Water from washing and cooking (the so-called “grey water”) is recycled using a system based on knowledge from ESA’s life support team. Extra water for drinking and cooking can be introduced by melting snow from a protected area.

Although the weather does not vary much, Concordia experiences “seasons” based on how much sunlight it receives. During the summer, when the Sun never goes below the horizon, the base is extremely busy with more scientists and researchers arriving, and aircraft flying in and out. By contrast, the winter is completely dark, with working days structured around social contact such as mealtimes. The crew members can contact their friends and family through telephone and internet connections, but it is not surprising that many feel disconnected from their lives away from the base.

A wide range of scientific experiments are carried out at Concordia. Analysing the Antarctic plateau reveals clues to our past as chemical elements are trapped and frozen in the ice. The thin atmosphere, clear skies and zero light-pollution around Concordia make it an ideal place for observing the Universe. The very southern location of Antarctica also makes it ideal for studying Earth’s magnetic field as it hits the surface at near-vertical. A seismograph at Concordia measures movement deep underground to help worldwide research into how Earth’s core behaves.

ESA publishes regular calls for those who wish to take part in research at the station, and you can read regular updates from those working at Concordia on the Concordia blog.