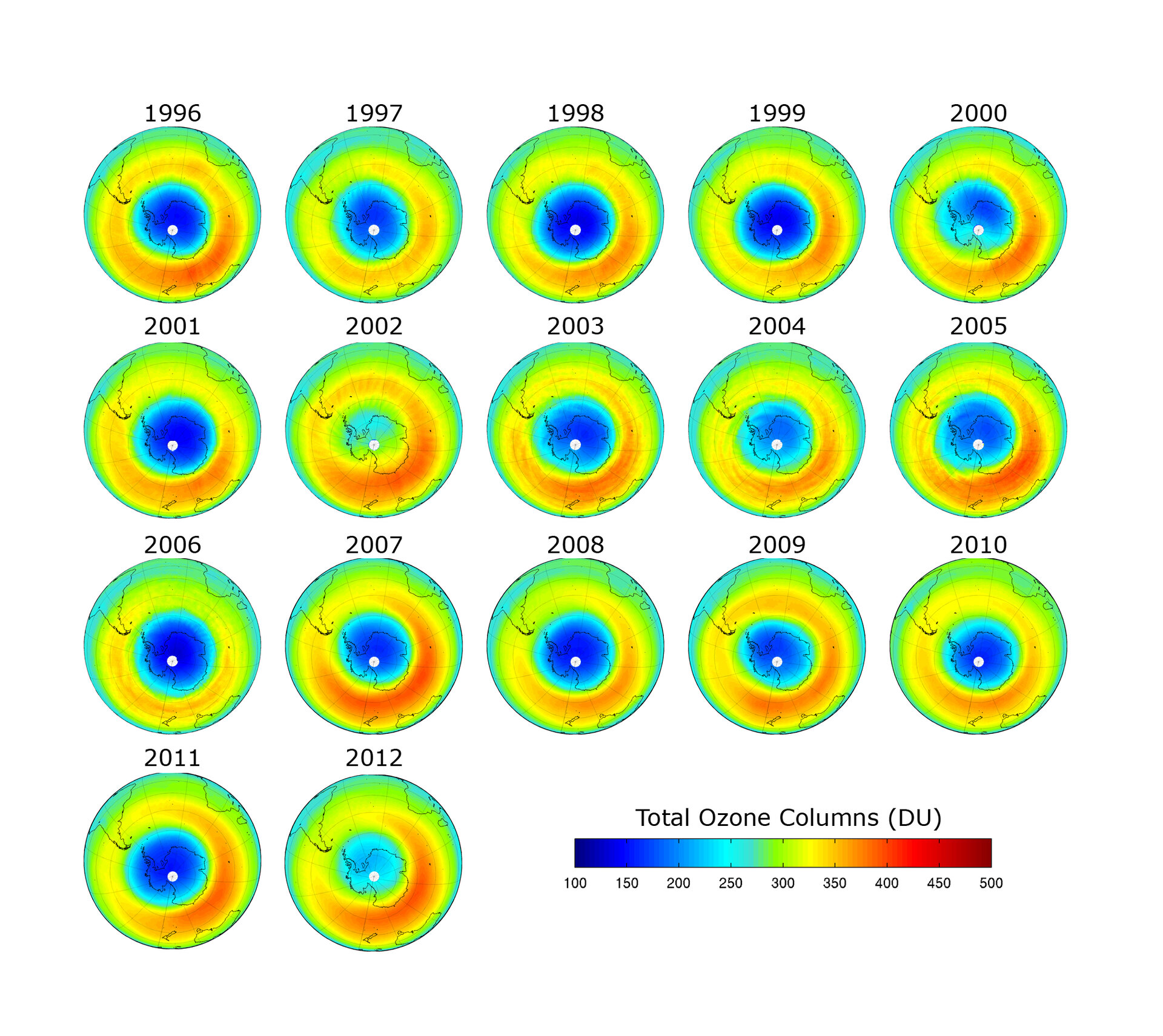 Reducing damage to the Earth’s ozone layer became an important international cause in the 1980s. Ozone forms a layer in the stratosphere 10-40km up from the surface of the Earth, and it protects life on the planet by filtering sunlight. The ozone prevents ultraviolet radiation, which can cause cancer in humans as well as damaging other animals and plants, from reaching the surface. In the 1980s, it was discovered that ozone was being depleted in the atmosphere, thinning the layer worldwide and allowing a large hole to open up over Antarctica during the southern spring, from September to November.

The main problem affecting the ozone layer has been chlorofluorocarbons – CFCs – which were commonly used in refrigerators and aerosol cans. The international community agreed to phase out the use of CFCs and hydrofluorocarbons under the Montreal Protocol, which came into effect at the beginning of 1989. Although the international response to the threat to the ozone layer was widely lauded, the persistence of CFCs in the atmosphere meant that the damage would take time to repair.

Antarctica feels the worst of the effects because high wind speeds cause a fast-rotating vortex of cold air, leading to extremely low temperatures. Under these conditions, the effects of CFCs on the ozone are more extreme. Fluctuations in weather high in the atmosphere can cause irregular patterns – including a large decrease in the ozone over the Arctic in the spring of 2011. The changes in the ozone layer are recorded to help scientists predict its future behaviour.

Satellites have been monitoring the ozone layer, and have shown a broad trend towards strengthening of this vital part of the atmosphere. European satellites like MetOp, and before that ERS-2 and Envisat, delivered valuable data to scientists. Models of chemistry in the atmosphere suggest that the Antarctic ozone hole should soon be a thing of the past. The future Copernicus Sentinel 4 and 5 satellites will continue the task of monitoring the atmosphere.

The ESA Climate Change Initiative is also working to make harmonized ozone climate data records available. Since there are many complex processes at play in the atmosphere, scientists need data from observations spread over many years. With this information, scientists can better estimate the timing of the ozone layer recovery, and in particular the closure of the ozone hole. Still, combining existing data from many different sensors into a product suitable for scientific analysis is a difficult task.