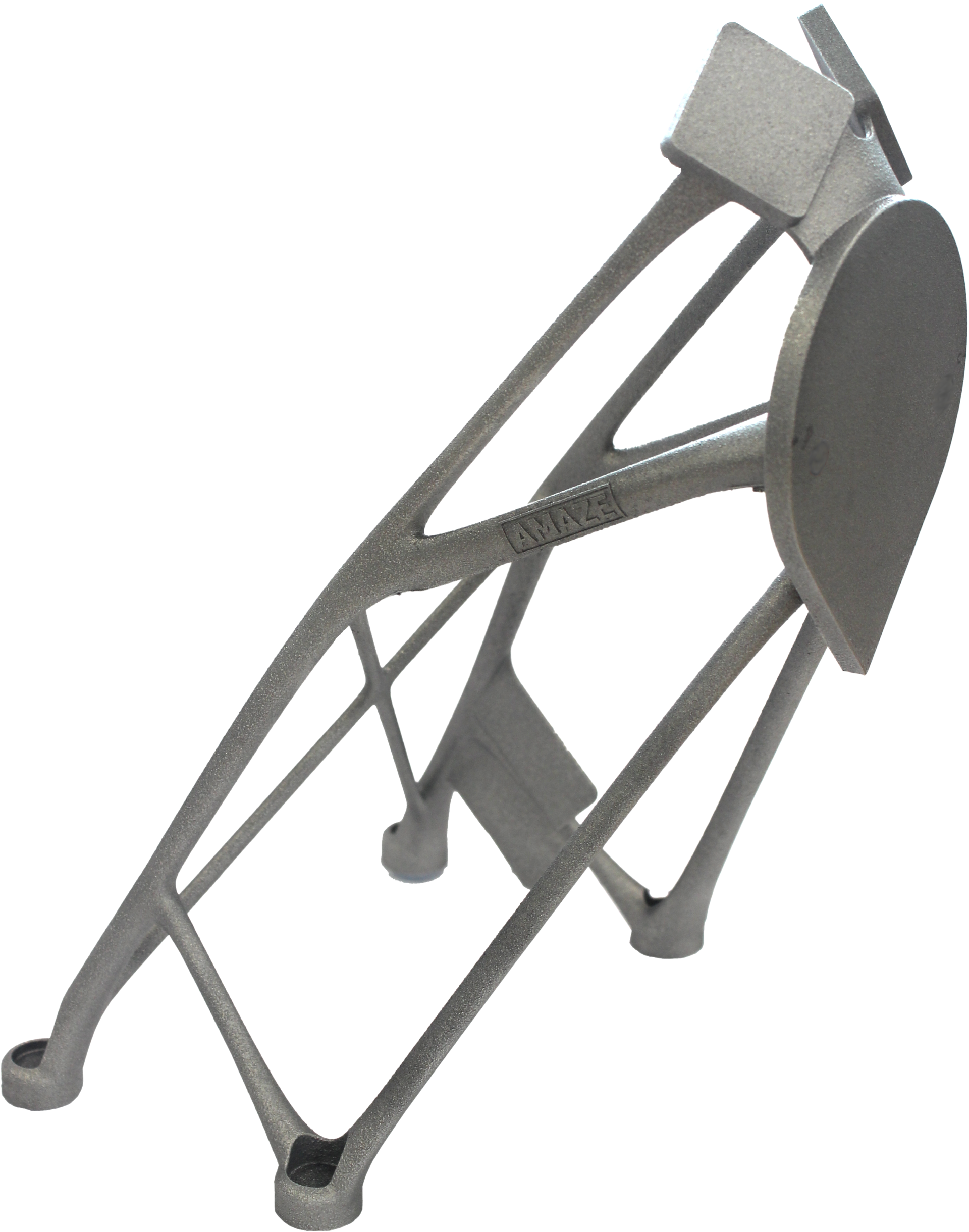 Launched in 2013, AMAZE – short for Additive Manufacturing Aiming Towards Zero Waste and Efficient Production of High-Tech Metal Products – was the largest R&D programme for 3D printing ever run.

ESA helped to initiate the programme, which was funded by the European Commission’s Seventh Framework Programme and coordinated by the UK’s Manufacturing Technology Centre (MTC).

The Agency joined manufacturers Airbus and Thales Alenia Space in assessing prototype products for space use, while comparable end-users did the same for the automotive, aeronautics and nuclear fusion sectors.

“The work of AMAZE ranges right across the process chain,” explains David Wimpenny, Chief Technologist for the National Additive Manufacturing Centre, based at the MTC.

“It includes new approaches to part design, along with the challenge of reliably finishing and inspecting the resulting parts, introducing novel materials, improving production throughput and developing common industrial standards.”

To draw maximum benefit from the process, parts need to be designed specially. With 3D printing it is only the volume of material being fused together that is paid for, with no waste to be cut away, so the lighter the weight of the part the cheaper it ends up.

“During AMAZE we’ve been literally growing parts to bear the loads required; the result has been these organically shaped metal parts weighing less than half the of the original component, manufactured all in one – removing joints which represent potential points of weakness.

“This complexity means that file sizes can be huge – several orders of magnitude larger than a normal CAD file – and it can take a long while to process all that data. But another AMAZE development has been new software tools to radically reduce the time involved.”

New materials were developed to meet specific industrial needs, including the first 3D printing of InVar, an alloy of nickel and iron that is highly prized by the space sector for its ability to withstand orbital temperature extremes without expansion or contraction.

3D printing of vanadium and tungsten was also demonstrated. These high-melting point metals are suited for use within nuclear fusion reactors as well as rocket engines.

“Just as important was increasing the speed and productivity of the process, from a few hundred grams to kilograms per hour, without compromising quality,” explains David Wimpenny.

“We achieved this in various ways, including increasing the number and power of the lasers used for material melting.”

“We’ve also worked to ensure the powder feedstock is optimised for the process. The powder particles have to have the correct size and shape to provide the right flow properties to give consistently high-quality, defect-free layers.”

Another challenge was the post processing, finish and inspection of the parts, including standardised non-destructive test procedures. Medical-style three-dimensional CT scanning is one solution that was explored, with AMAZE findings going towards an ongoing effort to develop a common ISO standard for the field.

“The industrial partners in the project are now commercialising the results of the project and the AMAZE experience has helped to forge a research community which will continue to increase the knowledge and improve the capability of additive manufacturing processes going forwards”, says David Wimpenny.

Tommaso explains that the ESA–RAL Advanced Manufacturing Lab at Harwell in the UK, has played an important role in assessing the performance of AMAZE’s aeronautical and space outputs: “It has helped to define verification strategies used for critical applications, putting them on a fast track for adoption by projects.”

David Wimpenny concludes that AMAZE has helped maintain Europe’s pre-eminence in the field of metal 3D printing, “But we shouldn’t be complacent. Global competition is fierce and it’s critically important Europe maintains its lead.”