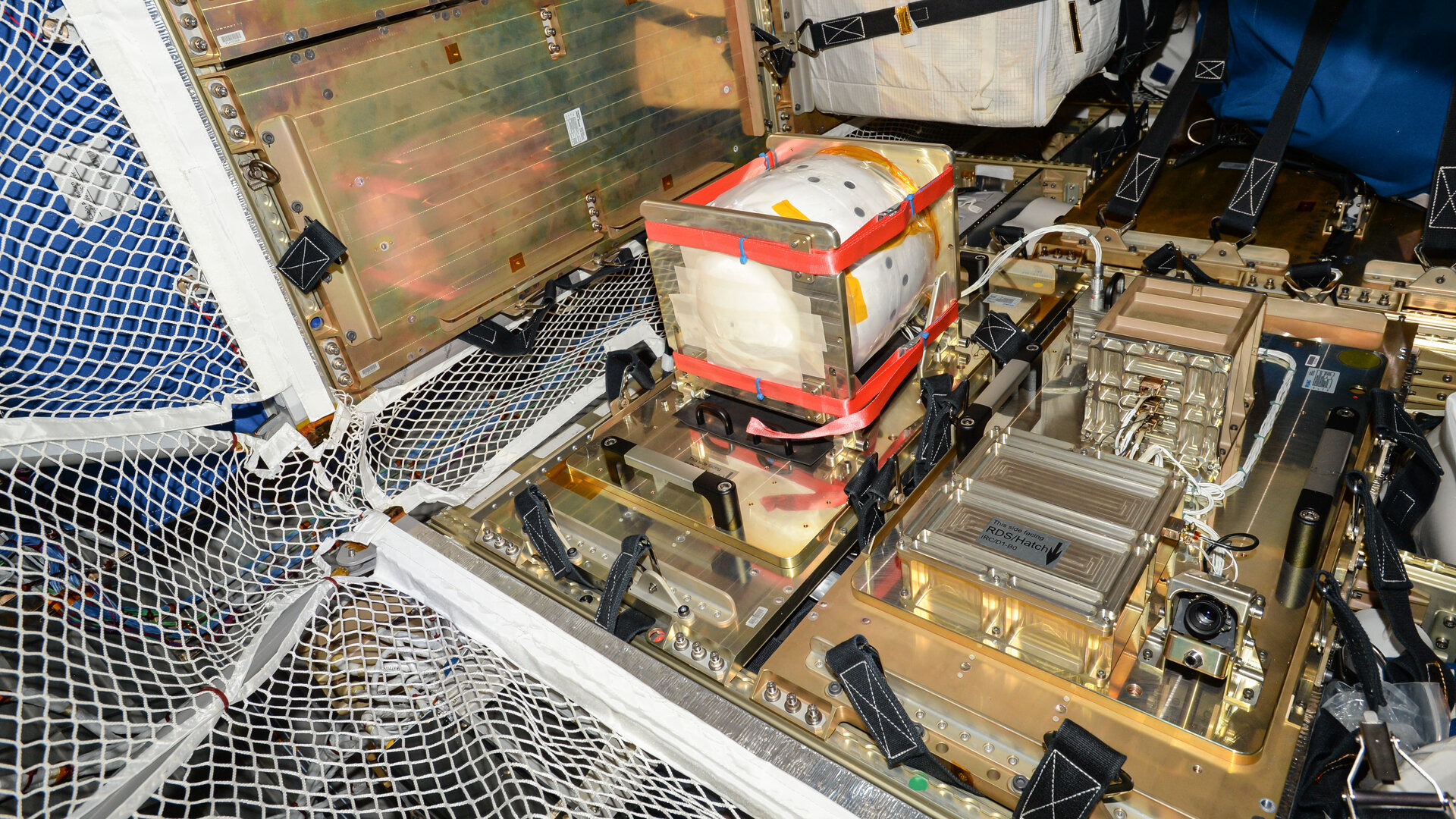 A prototype ‘blackbox for spacecraft’ running inside ESA’s cargo ferry as it burned up in the atmosphere managed to return data to the ground but, sadly, the images it took were lost in transit.

ESA’s fifth and final Automated Transfer Vehicle broke up as planned over an uninhabited region of the South Pacific at about 18:04 GMT on Sunday 15 February, having separated from the International Space Station the day before.

Aboard it was the Break-Up Camera, designed to record ATV’s death throes in the infrared and transfer the results to the SatCom heatshield-protected sphere.

Surviving the break-up, SatCom then broadcasts its stored data to Iridium telecom satellites as it plummets back to Earth.

How did it turn out in practice? The good news is that the team did indeed receive a message from the SatCom on Sunday evening at 18:08 GMT, four minutes after ATV broke up.

Neil Murray, overseeing the project for ESA, explains: “The message we received contained information on the number of pictures taken – nearly 6000 – as well as accelerometer and magnetometer readings, details of the sphere rotation and a temperature reading.

“Receipt of this message demonstrates that all systems worked correctly: the trigger logic guiding its operation was correctly implemented, the infrared camera worked and acquired images and then buffered thousands of them to SatCom.

“In turn, SatCom survived break-up, and then – after the closing of the four inhibits against early transmission – switched on its modem  and contacted the telecom satellite constellation to send at least one message.

“We also know from the message the internal temperature of the sphere remained moderate and there were no signs of any thermal issues.

“To retrieve all the data, more messages would have been required, but – frustratingly – these have nor arrived. Our team is currently investigating why further data packets didn’t make it through. This investigation may result in improvements, such as a backup data relay for future missions.”

By returning data, the prototype contributed to the development and qualification of the design, this blackbox system being part of the Agency’s continuing research into reentry dynamics.

The camera and capsule were built by Ruag in Switzerland, with thermal protection contributed by the DLR German Aerospace Center, software from Switzerland’s ETH Zurich and the antenna and electronics from Switzerland’s Viasat, with Denmark’s GomSpace delivering batteries.