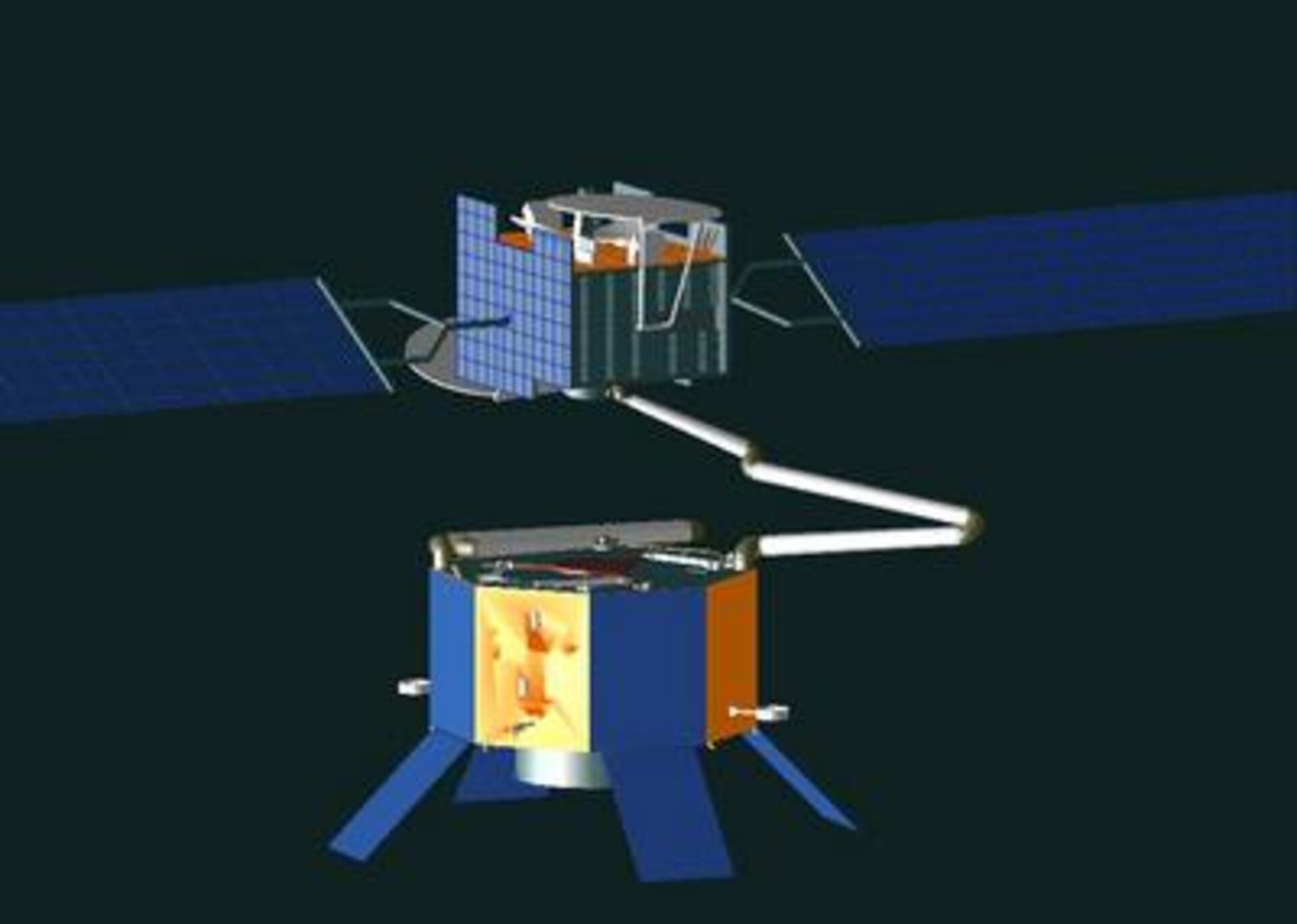 ESA has investigated the characteristics and potential of a Geostationary Service Vehicle (GSV) which was intended to provide in-orbit inspection and intervention with geostationary satellites. The investigation was carried out initially by an industrial team led by DASA (D) with SPAR (CND), GMV (E) and ESYS (UK). The work was then continued by the ESA Technical Directorate.

For GSV three types of interventions were identified:

It is clear, as has been demonstrated by the successful Hubble Telescope repairs, that very good servicing results can be obtained if the subject satellite is intentionally built to be serviced. But because of the existing fleet of conventional satellites it was obvious that a GSV must be able to perform meaningful intervention tasks on commercial spacecraft  which are not designed for in-orbit servicing.

From an economic point of view mechanical interventions have the biggest revenue potential. But since spacecraft failures are unpredictable, it is difficult to base a commercial plan on the intervention missions alone. On the other hand the re-orbiting missions could provide a more 'stable' income. This stems from the fact that if a telecom satellite were allowed to continue operating until propellant depletion (roughly 6 months of extra exploitation), then additional revenues could be generated. A reasonable share of this extra profit could be claimed by the GSV operator for tugging the depleted spacecraft from its operational slot into a graveyard orbit. Another potential service of GSV was to re-orbit "dead" satellites which prevent the use of certain attractive slots. As far as inspection tasks are concerned, revenues were expected to be low, although it could become considerable in case the inspection led to a recovery of the satellite. It was estimated that a GSV could become economically viable if the design costs of a GSV could be kept in the range of 2 - 3 times the launch cost.

A proposed GSV configuration synthesised during the industrial study, was a satellite which utilised the maximum upload capability of a dedicated Ariane 4 launch, thus a 4.2 ton spacecraft at launch. With a dry mass of approximately 1.2 ton, roughly 3 tons are left for fuel, which means a total delta-v in the order of 3800 m/s (for a bi-propellant with a specific impulse of 300 seconds). The configuration used the full fairing diameter of the launcher and the height of the spacecraft was sized in proportion to the 3 ton fuel. Solar panels could be unfolded from the outer surface of the hexagon whereas the top surface could be used for rendezvous sensors, the robot arm and its tools. The bottom surface was dedicated to the launcher interface ring and the GSV propulsion system.

The operation of the GSV was proposed to be done through a dedicated portable ground station. The communication would use the S-band and the dedicated station would be co-located with the customer's main ground station. For the design of the antenna arrangement on-board a key driver was the continuity of the communication link during all proximity operations. Low gain S-band antennas with wide lobes were proposed, especially during approach operations when the target spacecraft may obstruct the GSV antenna visibility.

A GSV would be unmanned, and the broad variety of tasks to be done, in combination with the unpredictable nature of the servicing tasks calls for a flexible and multi-functional flight segment. Robotic systems are the only means available to fullfill these needs. In addition a robot can be controlled in a telemanipulation mode by a remote ground operator. In the case of a GEO-stationed spacecraft, the direct telecommunication link enables a good bandwidth and hence a very good quality of telemanipulation which renders quasi-human repair capabilities. As far as the robotic interaction with a conventional satellite is concerned, two major problems appeared: (1) the limited options for capture/berthing and docking, and (2) the accessibility of the repair area by the GSV robotic system.

The robot arm has to capture the target satellite, and berth it to the GSV where it has to be docked firmly. On a satellite which is fully covered with thermal insulation, few possibilities exist for proper mechanical interfacing with the GSV. Two hardpoints which are available on virtually all GEO satellites are the nozzle of the apogee boost motor and the launcher interface ring. The nozzle may not provide sufficient stiffness as the final docking interface but could serve as a first 'hook' for capture and temporary attachment. Rigidisation between GSV and launcher interface ring can be performed later. Due to lack of standardisation in nozzles and interface rings, the capture and rigidisation mechanisms of the GSV must be highly adaptive.

The intervention for servicing can be sub-divided into three sub-phases:

A major disadvantage of the capture and docking concept described previously, is the distance (roughly 5 meter) between the repair area and the GSV. Indeed most of the defects are to be expected at the other extreme of the satellite where the payloads and subsystems are accommodated such as antenna reflectors. It would require innovative robotic systems which can easily access the servicing area and at the same time provide good local precision, dexterity and stiffness to enable a good repair.

Another candidate concept was a micro-macro manipulator. This is a cascade configuration of a big manipulator carrying a small, instrumental robot. Technically this was a very attractive solution since both robots complement each other nicely. The big one acts like a cherrypicker who brings a small dextrous robot (often with 2 arms) to the repair zone for doing the precise part of the work. This concept is popular on ground and in LEO, but it tends to be heavy and is therefore less effective for GEO where every kilo counts. It is also a more expensive solution which jeopardises a potential commercial future of a GSV.

At research level, innovative robotic concepts were in development which could have been very useful for GSV. For instance testbeds already existed of a small robot capable of building up a lightweight structure (e.g. truss) all by himself, over which it could move easily. Such a scaffold could provide an universal structure for bringing a small instrumental robot to where it has to be.

In a similar way as a human worker who needs a comprehensive toolset for repair tasks, a GSV robot cannot perform all the tasks mentioned with one universal end-effector. A number of tools identified during the study in industry were :

Some of these tools could be permanently mounted on the robot arm, such as the inspection cameras. The others are were end-effectors preferably in a modular family concept to minimise mass and volume.