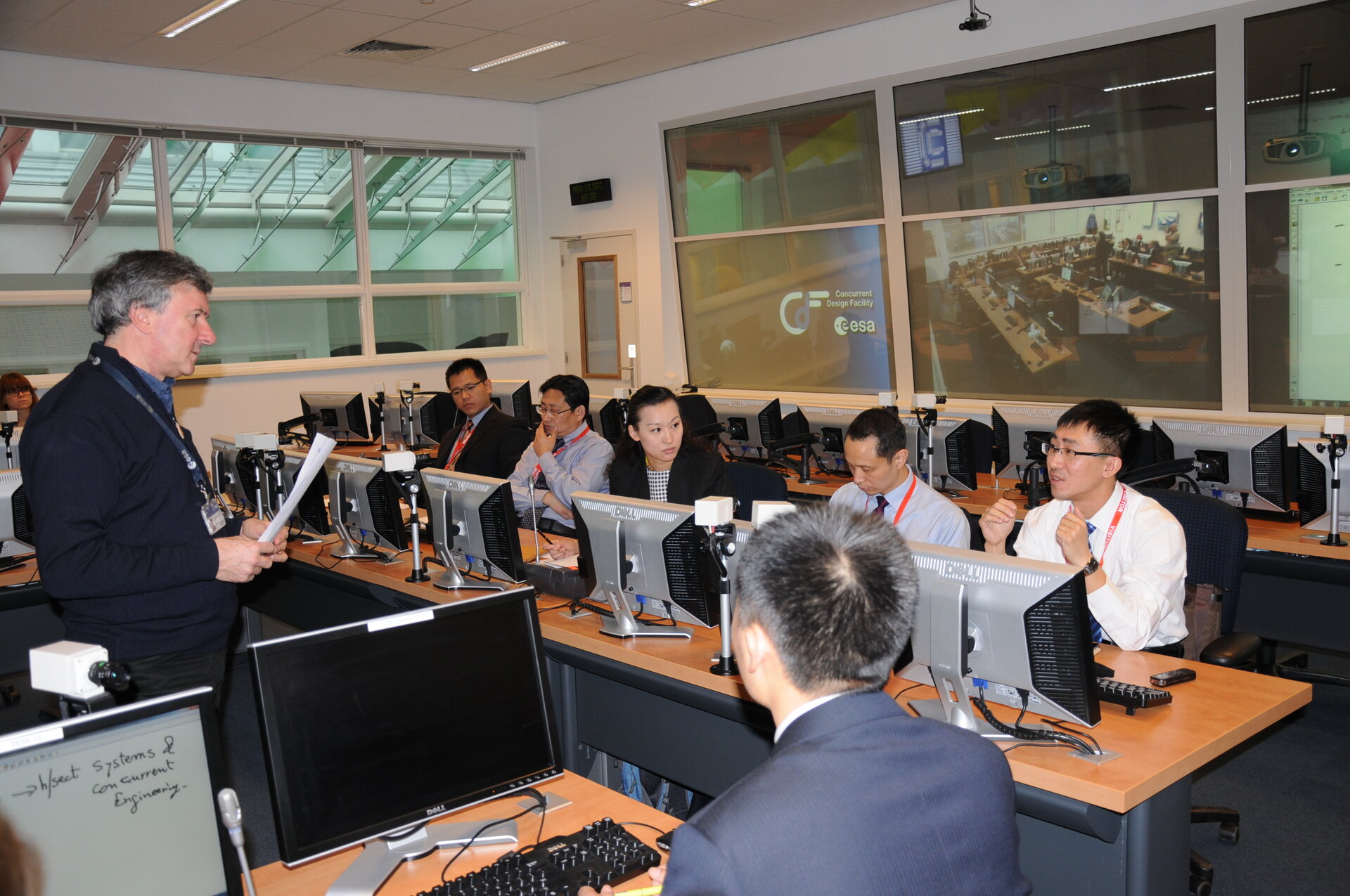 On the 15th December 2014 a delegation from the China Manned Space Administration spent a whole day in the CDF discussing Concurrent Engineering and the role it plays for ESA. The day started with an introduction to the CDF by Massimo Bandecchi, including a comprehensive description of the infrastructure, the associated equipment, the roles and functions of the specialists using the room and the applications. Some time was spent on the philosophy of concurrent working and the ethos of "everyone in the same place at the same time". There was a lot of interest and many questions were asked by the Chinese delegation regarding the team composition and what makes a good team member.

The theoretical session ended and Massimo asked the members of the delegation whether they would like to engage in a simulation of a study where they would be asked to take on the roles of team and interactively design a satellite in real time using the techniques talked about earlier. The delegation enthusiastically entered into the spirit of the exercise and with the assistance of some CDF staff members were soon actively discussing orbit trade-offs, power requirements and solar array sizes.

The exercise showed them in a very practical way the reality of a CDF study if only in a very short period and they seemed to appreciate the insight greatly.

In a separate visit, a delegation from the China National Space Administration Earth Observation System & Data Centre visited the CDF on the 18th December. Also on this occassion Massimo spent time illustrating the concurrent engineering approach adopted by ESA and explaining how this has been adopted by our partners in industry, agencies and academia throughout Europe.