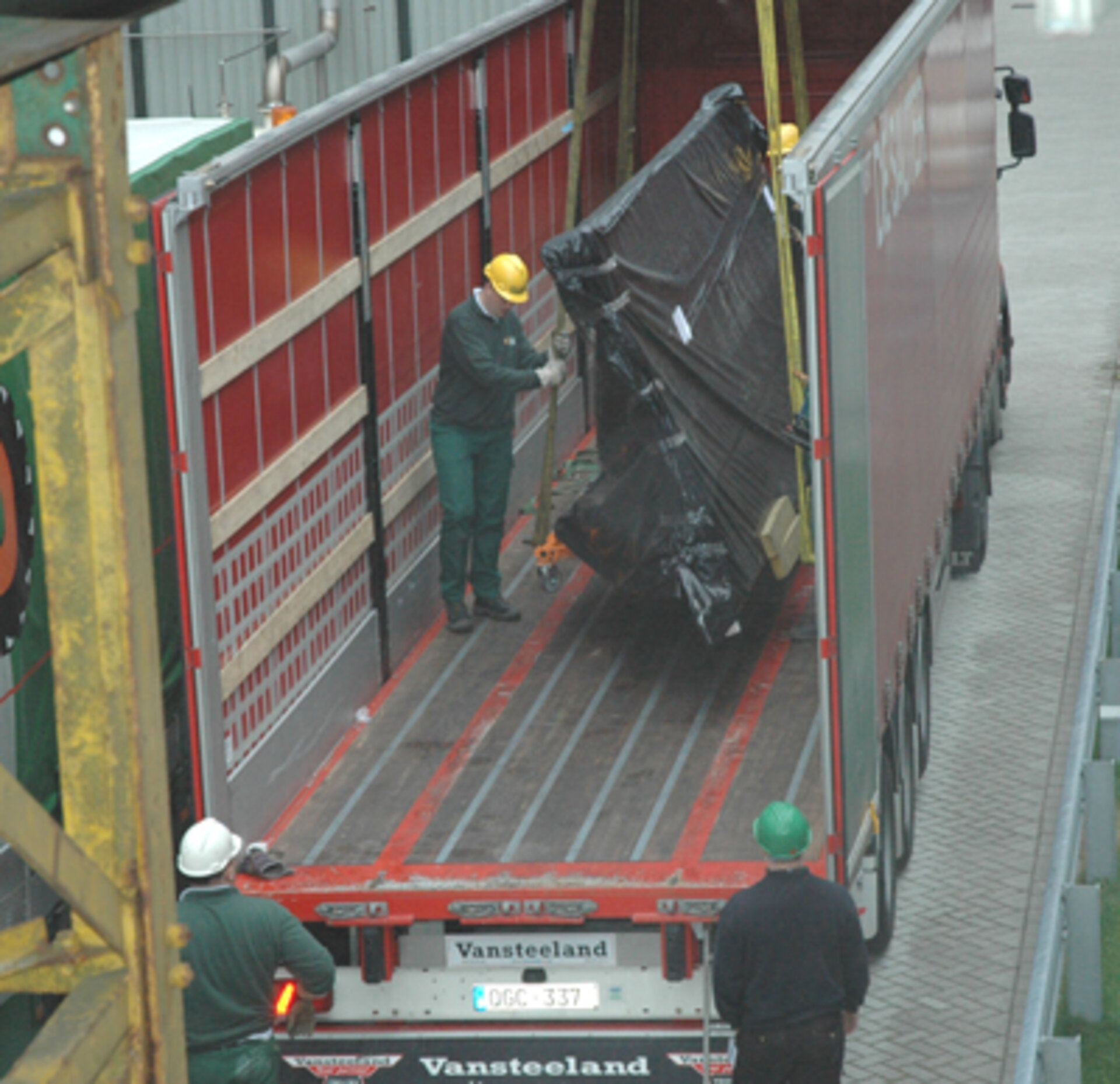 On 13 November 2007 the new 6 x 2 metre glass screen for the CDF design wall arrived along with a whole team of expert delivery men and installers.

The day started with a window being removed from the back of the Eg building and a large scaffolding arrangement being erected outside the building and an equally strange inclined runway being prepared inside.

Having got the glass screen and its handling trolley to the top of the scaffolding was only the start of the task. Now the trolley had to be adjusted to tilt the screen so that it would fit through the window.

With a minimum of clearance, the projection screen was passed through the window with its speed being restrained by the crane, attached by a strop to the end of the handling trolley.

Once inside the building, the handling trolley had to be adjusted again to stand the screen more upright to allow it to pass down the corridor.

There was not a lot of clearance and the crane had to be extended right into the building until the projection screen and handling trolley were down the ramp.

All the scaffolding was removed and the window fitters quickly reinstalled the window.

The projector room behind the Design Wall was a hive of activity during the commissioning phase. The projection room contains the three stereoscopic projectors and the mirrors for rear projection.

The new 6 metre screen installation and mechanical calibration was carried out by the Barco experts, resulting in the illumination of the screen.

Work will continue with the optical calibration of the Design Wall.

Meanwhile the rest of the integration of the new CDF continues, with the workstation equipment being installed.