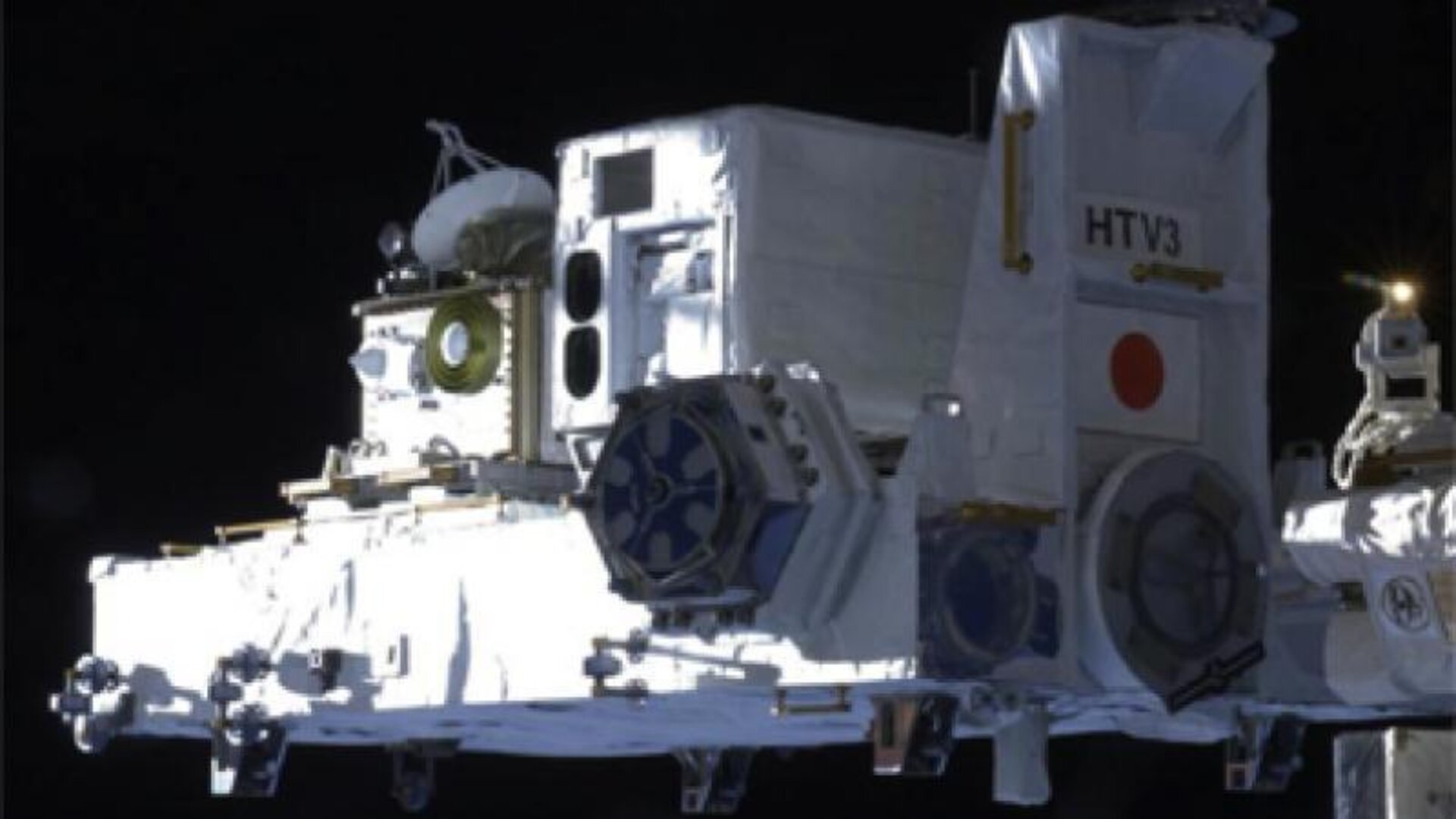 Europe’s satellite navigation system Galileo is already in use worldwide, usable by itself or in combination with the US Global Positioning System (GPS). Now a combined Galileo–GPS positioning fix has been achieved in space – aboard the International Space Station – through an ESA–NASA collaboration.

Low-Earth orbiting satellites routinely make use of satellite navigation signals to pinpoint their position in space and allow their paths through space to be fixed with extremely high accuracy, known as ‘precise orbit determination’.

So far, such positioning has mainly been performed using GPS, but this new test proves it can also be achieved on a dual-constellation basis with both GPS and Galileo – as well as through the sole use of Galileo.

The experiment is based on the use of a re-configurable NASA receiver called the Space Communications and Navigation Testbed, SCaN, attached to the exterior of the ISS.

ESA’s Navigation Support Office, based at its ESOC control centre in Darmstadt, Germany, teamed up with its Radio Navigation Systems and Technology team, located at its ESTEC technical centre in Noordwijk, the Netherlands, and Italy’s Qascom company to develop the techniques, software and firmware required for the experiment, which was passed to NASA’s Glenn Research Center in Ohio for upload to the receiver.

“SCaN is a versatile software-defined radio receiver in space for both telecommunications and navigation testing, delivered to the Station back in 2012,” explains ESA radio-navigation engineer Pietro Giordano. “It made it possible, with suitable modifications, to demonstrate combined GPS-Galileo positioning determination of the ISS.”

The algorithm developed for the SCaN Testbed had to take account of the high dynamics involved, and resulting Doppler shifting of signals: not only are the Galileo and GPS satellites moving at orbital velocity, so is the ISS itself. Orbital information of all the satellites in both constellations was included in the algorithm, allowing SCaN to make a ‘warm start’ – to search out signals in the correct segments of the sky.

Werner Enderle, overseeing the project at the Navigation Support Office notes: “These excellent first results, coming out of great teamwork within ESA, collaboration with industry and with our NASA partners, mark just the beginning of our project data analysis. Many other exciting results are expected related to signal aspects, precise orbit determination and positioning based on optimised algorithms.”

James J. Miller, GPS Sr. Technologist within the SCaN programme office at NASA Headquarters, comments: “We’ve been promoting interoperability of GPS and Galileo through a number of activities within the United Nation’s International Committee on Global Navigation Satellite Systems (GNSS).  In particular, NASA, with ESA and other national space agencies, has been identifying benefits to be gained for high altitude users in the multi-GNSS Space Service Volume under development.  By further demonstrating multi-GNSS capabilities in low Earth orbit, the drive for additional utility at geostationary orbit and beyond is only strengthened”.

Europe’s Galileo system began Initial Services for users in December 2016, and there are 22 Galileo satellites in orbit. The launch of four more Galileo satellites by Ariane 5 is scheduled for 25 July, bringing the constellation to 24 satellites plus two orbital spares.

ESA is developing dual Galileo-GPS receivers for the next generation of Earth-observing Sentinel satellites. The more precise the orbit determination, the more accurate the environmental data that can be returned to Earth.

Combined use of Galileo and GPS signals on an interoperable basis for positioning and precise orbit determination should bring significant advantages  for space users in particular, set to provide a seamless navigation capability from low to high Earth orbits – and potentially beyond.

Paul Verhoef, ESA’s Director of Navigation, states: “This shows the versatility of the Galileo system and the use of the system for scientific and other purposes, way beyond traditional navigation services. We have also started work to determine whether we can use Galileo, in combination with GPS and other systems, for navigation to the Moon.”