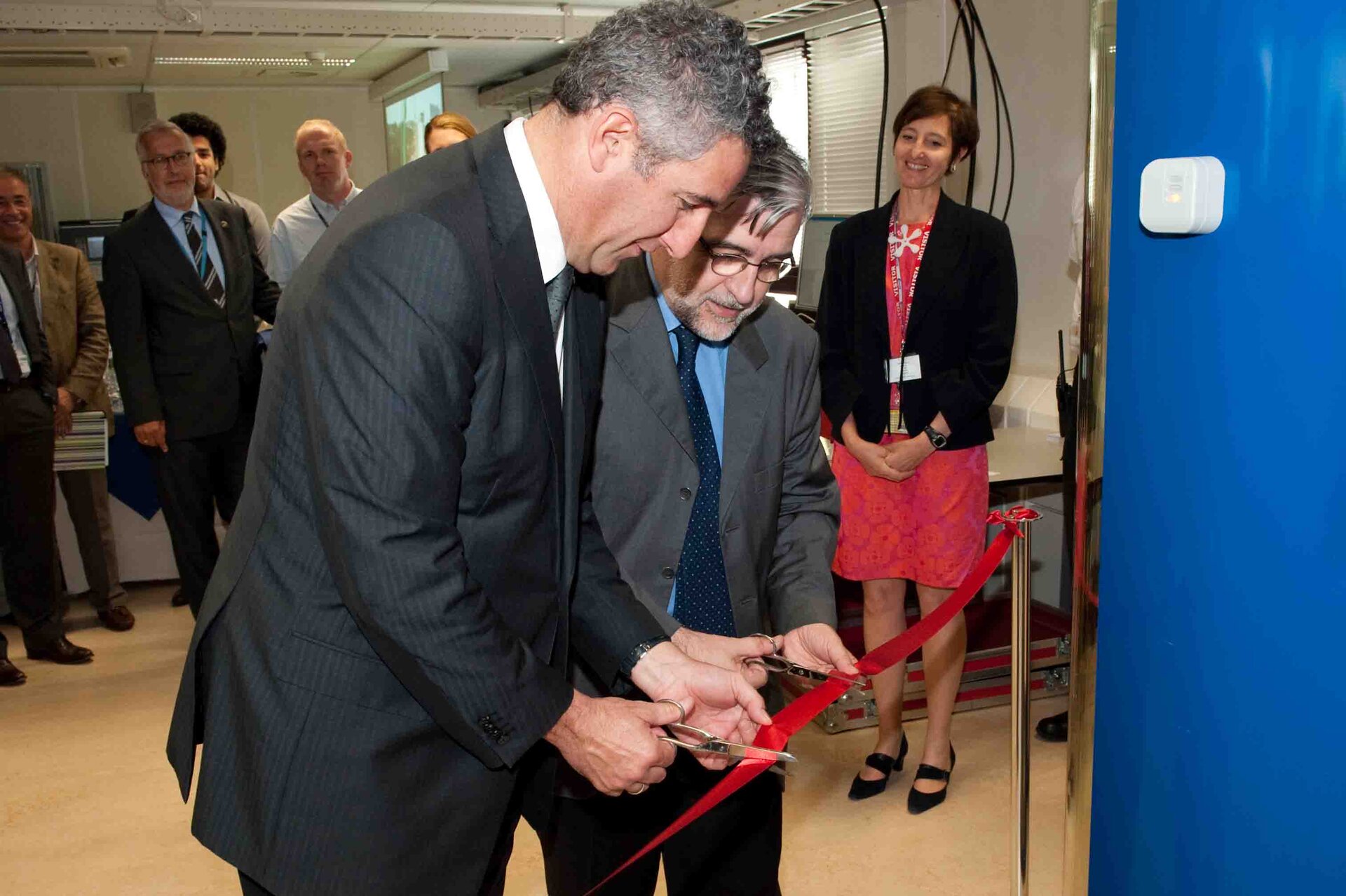 With the next Galileo launch approaching, ESA has extended its Radio Navigation Laboratory to meet the testing needs of Europe’s own satellite navigation system.

Located at ESA’s ESTEC technical centre in Noordwijk, the Netherlands, the laboratory has almost doubled in size, and includes a specialised facility, the PRS Laboratory, suitable for evaluating the single most precise and secure type of Galileo signal, the Public Regulated Service (PRS).

“Back in the 1980s ESA investigated the potential of the US GPS constellation for docking manoeuvres of the then-planned Hermes spaceplane,” said Director Ongaro.

“Today, of course, as ESA’s Automated Transfer Vehicle rendezvouses with the International Space Station it does indeed rely on GPS, and satellite navigation is in widespread use by missions in orbit, just as it is across Earth.

“In the meantime, ESA has joined forces with the European Union to build Europe’s own satellite navigation systems: Galileo should begin to deliver initial services by mid-decade, while the EGNOS augmentation service has already entered use.

“ESTEC has been increasingly supporting the development of satellite navigation techniques and technologies. Our navigation facilities have been expanded from a small corner table to a dedicated full-scale facility.

“And today that is enriched by the addition of this secure facility, which will play an essential role in supporting the validation and roll-out of Galileo’s Public Regulated Service, which is one of Galileo’s key services for Europe.”

The PRS Laboratory is a physically and virtually isolated facility where testing can be carried out on a fully secure basis. While employed by Galileo for now, it is able to fulfil the needs of all ESA projects involving secure access to protected equipment or data.

“PRS is a crucial part of Galileo. Today’s addition of the PRS Laboratory is therefore a vital step to support ESA in its role of architect and system prime and enable full verification testing of the entire Galileo system at a single site.”

“ESA’s first complete worldwide satellite system for end users, Galileo is the biggest single project to which the Directorate of Technical and Quality Management is providing support,” added Riccardo.

“With an extremely tight schedule, a huge and demanding user community and international competition, Galileo is entering into a very critical phase where ESA’s technical capabilities to validate the system will be of utmost importance. This new laboratory extension strengthens those capabilities greatly.”

The Radio Navigation Laboratory investigates the full range of navigation applications, from practical to scientific. An example of the latter is the PARIS mission, now being studied, which would monitor reflected satnav signals to detect ocean storms and even tsunamis.