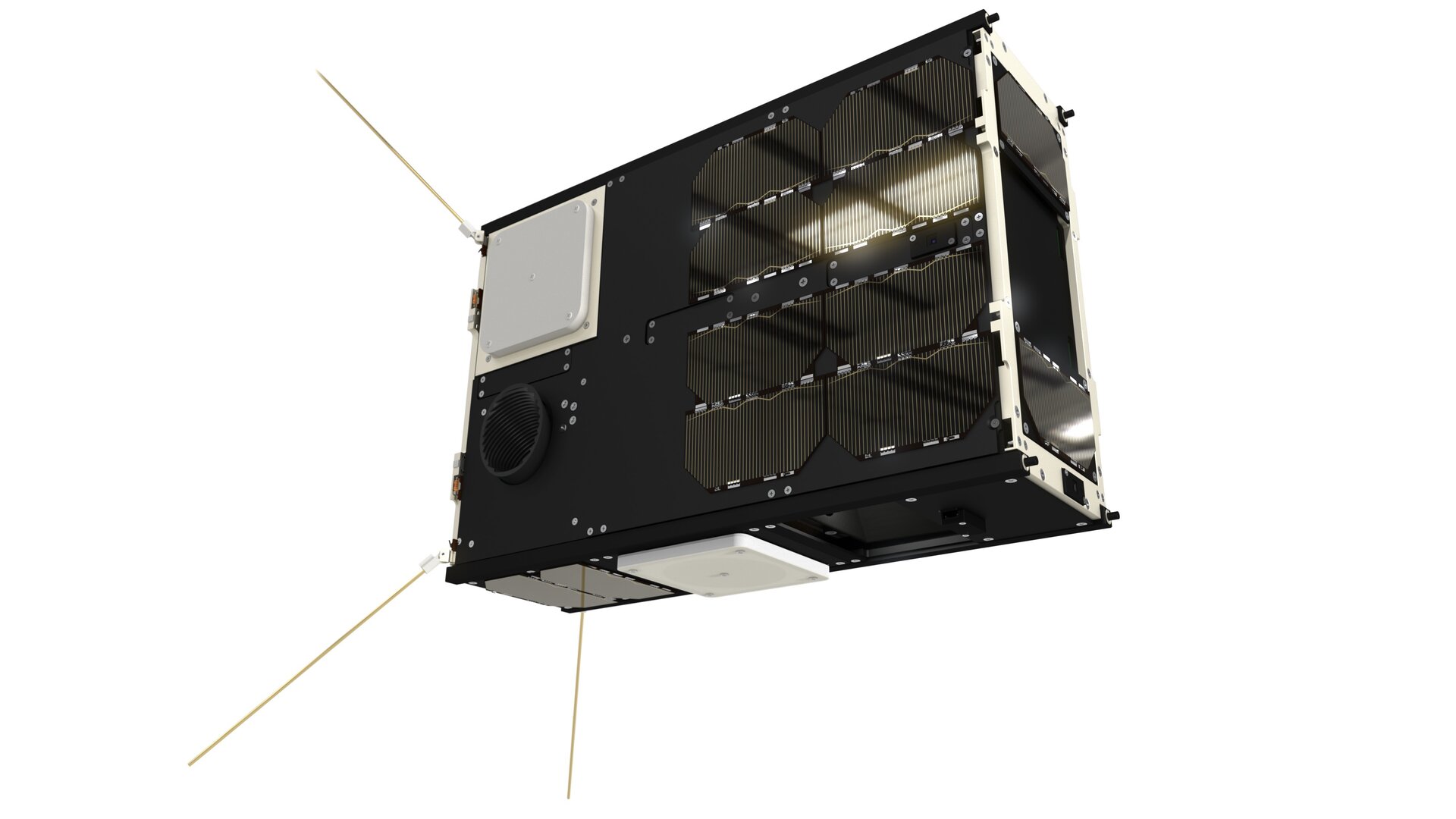 ESA’s latest mission has completed its in-orbit commissioning. The cereal-box-sized GomX-4B performed a transfer of data across hundreds of kilometres of space from its Danish twin.

On 2 February, the two GomX-4 CubeSats piggybacked to space into a 500 km altitude near-polar orbit after launch on a Long March 2D rocket from Jiuquan, in China’s Gobi Desert.

Both of the nanosatellites were built by GomSpace in Denmark. GomX-4A, financed by the Danish Ministry of Defence, is focused on monitoring and imaging Denmark’s Arctic territory. The ESA-backed GomX-4B is testing a micro-propulsion system as well as an inter-satellite radio link with its counterpart. It also carries other technology payloads, including a hyperspectral imager.

CubeSats are small satellites based around standard 10cm cubic units, but these two ‘six-unit’ CubeSats still required weeks of in-orbit testing once they reached space, just like full-sized missions.

GomX-4A carries no thrusters but the agile GomX-4B used its micro-thrusters to shift its orbit relative to its twin. The satellites drifted up to 2000 km apart along their orbit, then GomX-4B performed a series of manoeuvres to reduce the separation distance back to 300 km. This allowed the pair to begin testing their radio link across various distances up to 750 km away. Later in the mission, this distance will be increased up to 4500 km for extended range tests.

Demonstrating transfer of data between the satellites is extremely valuable. First, it increases opportunities to get images and data down to the ground from the two satellites. But it also points to future possibilities – when an inter-linked constellation of nanosatellites could cover much more territory than any single satellite, and return data to users on the ground much faster, often making it more useful.

GomSpace showed the satellites in action for the first time during a live press conference from their Aalborg headquarters on 12 April. The retrieval process from GomX-4A to GomX-4B – and vice versa – down to Earth went according to schedule, confirming the satellite pair can share both data and images and send them home. 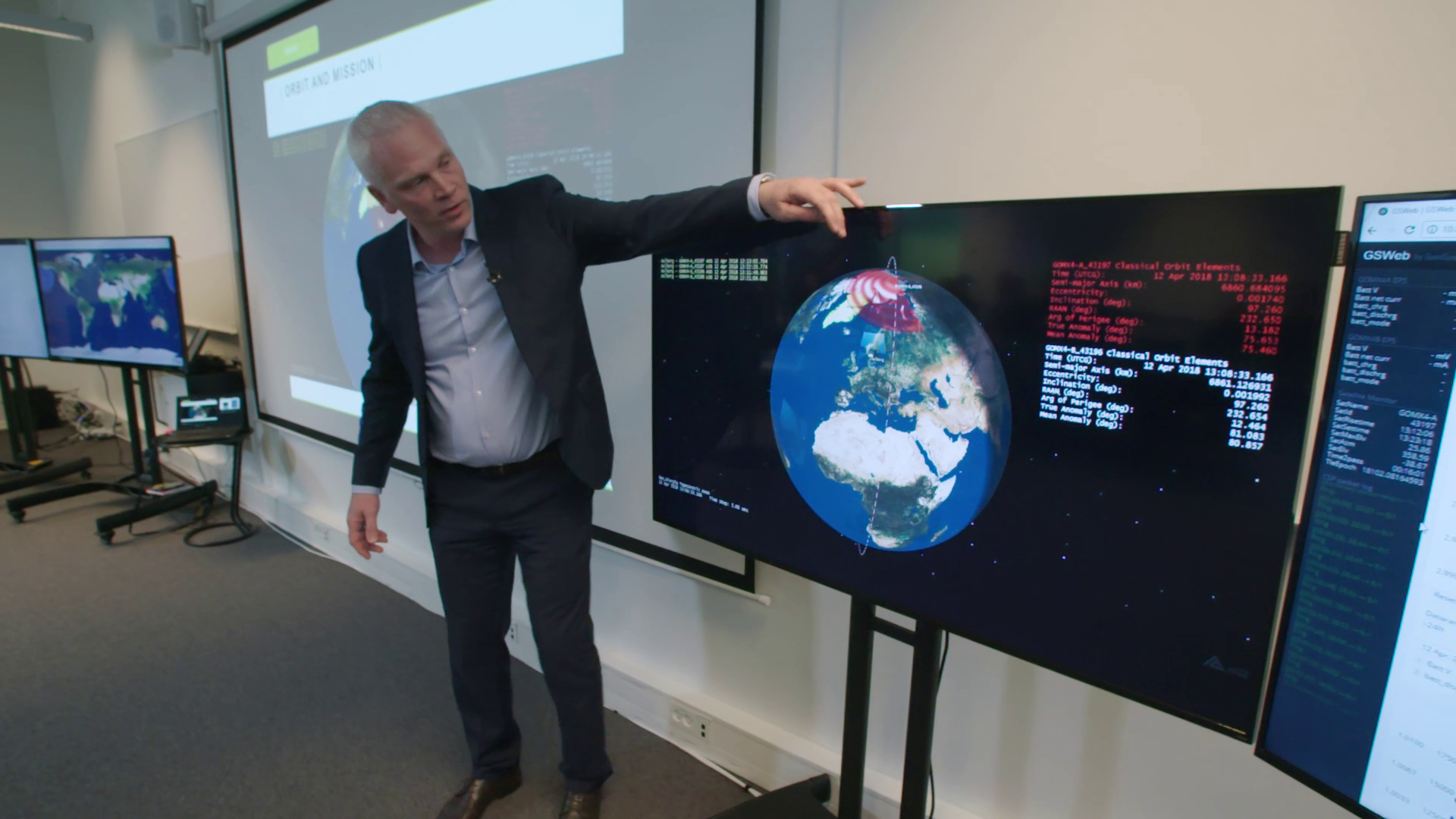 “By having the two CubeSats operating together we’ve gained a lot of extra opportunities for in-orbit testing,” explains Roger Walker, who oversees ESA’s technology CubeSats.

“We’re very pleased with the results of the commissioning phase, which shows that both GomX-4 CubeSats are working well, individually and together. GomX-4B’s six technology payloads are also working well. We’re now really looking forward to the next six months of the planned mission. The team will be running a series of demanding experiments with the payloads to test their performance in space.”

GomX-4B’s HyperScout imager, manufactured by cosine Research in the Netherlands, made its own first-light image during the commissioning process.

In addition, a miniaturised star tracker, developed by Innovative Solutions In Space in the Netherlands, also produced its first image of stars. Star trackers help spacecraft to see where they are in space, and the miniature version will undergo further testing and work with the satellite’s attitude control system to improve its pointing accuracy.

“The GomX-4B satellite is our most advanced nanosatellite design to date,” comments Niels Buus, heading GomSpace.

“We are pleased ESA is participating in a project which, for the first time, shows how to exploit the benefits of nanosatellite tandem formation. The platform and technology have a lot to offer to our customers and we therefore expect a lot of commercial benefit moving forward. This is definitely a next-generation nanosatellite.”

The GomX-4B satellite and many of the payloads were funded through the ‘Fly’ element of ESA’s General Support Technology Programme dedicated to small in-orbit technology demonstration missions.