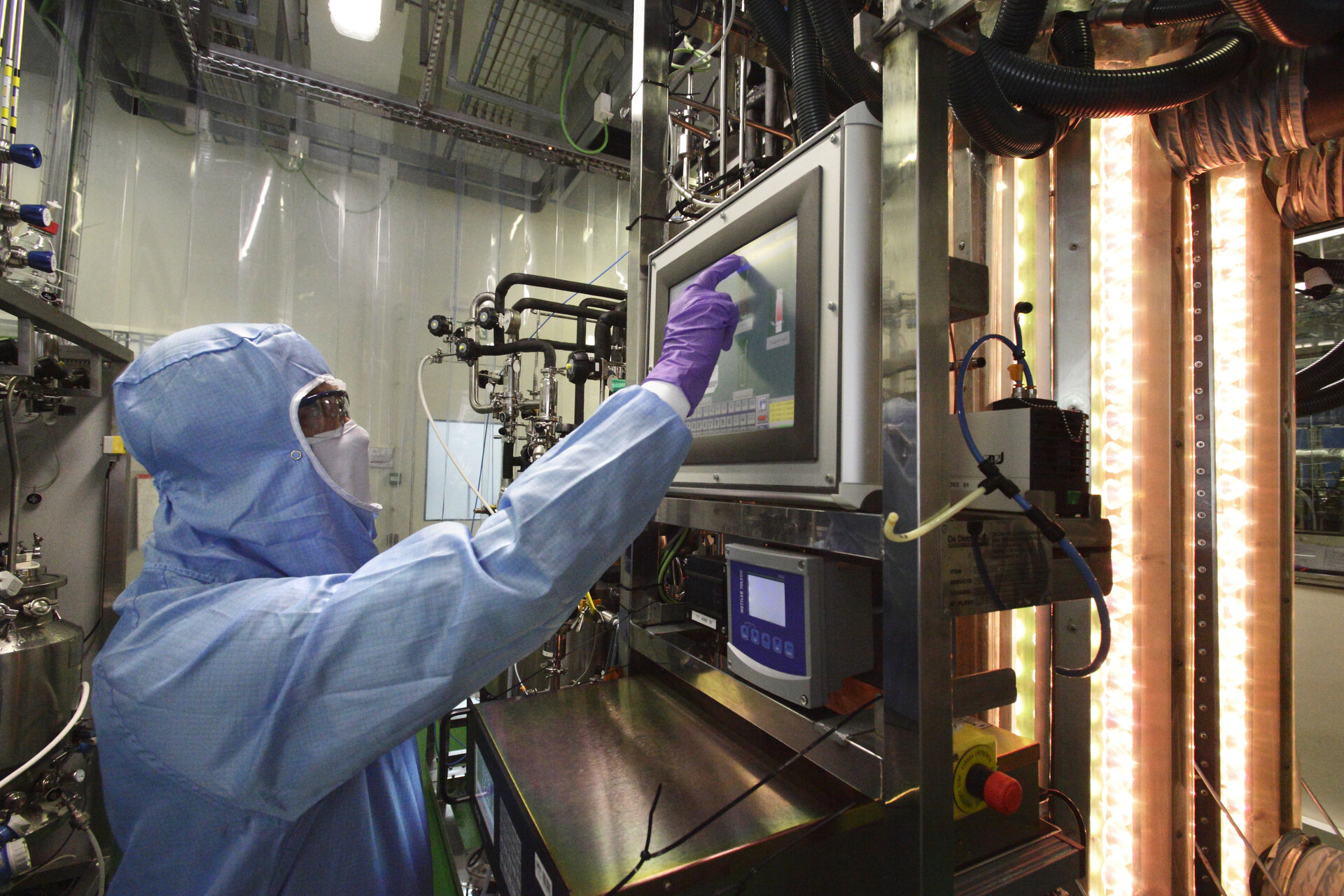 The head of Europe’s effort to create a close-loop life support system for long-duration space missions has received a prestigious honorary doctorate – amid a busy period in the programme’s 27-year history.

Today, International Space Station crews must be resupplied from Earth, but such supply lines will become impractical as explorers venture farther out into space.

Instead, the ESA-led Micro-Ecological Life Support System Alternative programme (MELiSSA) seeks to perfect a self-sustaining life support system that could be flown in space in the future, supplying astronauts with all the oxygen, water and food they require.

The work of the 11-nation MELiSSA programme was recognised this spring when its leader – Christophe Lasseur of ESA’s Life Support & Physical Sciences Instrumentation Section – received an honorary ‘Doctor Honoris Causa’ degree for scientific merit from the University of Antwerp’s Faculty of Science.

“The awarding of these honorary degrees by the University faculties is an annual event, acknowledging the quality of scientific work,” explains Christophe.

“I myself don’t have a standard academic career: I have an engineer’s training and PhD but think of myself as a mix of  engineer and  a scientist – and MELiSSA, as a programme, has a similar character.”

The award was preceded by a day-long symposium focused on MELiSSA and living in space, gathering together experts from across Europe – including a contribution from ESA astronaut Frank De Winne, currently head of the European Astronaut Centre.

“MELiSSA is sometimes compared with the Biosphere-2 effort of the early 1990s, but our approach is very much different,” explains Christophe. “They shut themselves away to see how a separated biosphere would stabilise itself. Instead, we’ve followed a deterministic approach, to characterise all processes in as much detail as possible as a first step to recreating it, based on the knowledge we acquire.”

MELiSSA is a multi-faceted effort, with projects taking place all across European (and Canadian) universities and industry. But the programme took an important step forward in 2001 with the first flight experiment then in 2009, with the inauguration of the ‘MELiSSA Pilot Plant’ at Spain’s University Autònoma of Barcelona.

“The Pilot Plant hosts a multi-compartment loop that is extremely airtight, like the ISS,” adds Christophe.  “Last year,  we ran a photo-bioreactor with a culture of algae that has succeeded in keeping ‘crews’ of three rats alive and comfortable for almost six months at a time. The algae produce the oxygen and trap the CO2, the rats do exactly the reverse.

“But we don’t do any animal research at all – all we ask our rats to do is breathe, they have a very comfortable time before being returned to the university veterinary services. Our algae is given light, heat and nutrients to trap the required quantity of carbon dioxide according to our mathematical model, and produce the oxygen in line with the rats’ consumption.

“To validate the robustness of our predictive control model we test it with several set-points, switching between different ‘steady states’ over time.

“New compartments are being progressively integrated into the Pilot Plant as they are developed by MELiSSA partners, for systematic, long-term characterisation and testing.”

MELiSSA is attempting to recreate a streamlined version of aquatic terrestrial ecosystems – but that adds up to a formidable engineering challenge, requiring the detailed modelling and control of key processes, and the prevention of any contamination or degradation.

In September, the next MELiSSA experiment will be flown to the ISS: ArtemISS – short for ‘Arthrospira gene Expression and mathematical modelling on cultures grown in the International Space Station’ – contains a photo-bioreactor to see how algae growth rate is affected by microgravity and space radiation. Bioreactor-supported rats will follow ArtemISS later this decade.

Perfecting a ‘regenerative’ life support system that humans could reliably trust their lives to is forecast to take many more years yet: MELiSSA is regarded by members as a 50-year effort, resulting so far in hundreds of academic papers, patents and terrestrial spin-offs in areas ranging from food preparation to water purification and microbial safety.

Christophe puts MELiSSA’s survival down to its diversity – like the ecosystems it models, it has developed resilience: “ESA coordinates the programme, but it receives contributions from the MELiSSA community, and several different organisations.

“We’re making progress in the fields of water processing, environmental management, the circular economy and urban farming as well as for space exploration; there are a lot of motivations in Europe, and this keeps us going.”