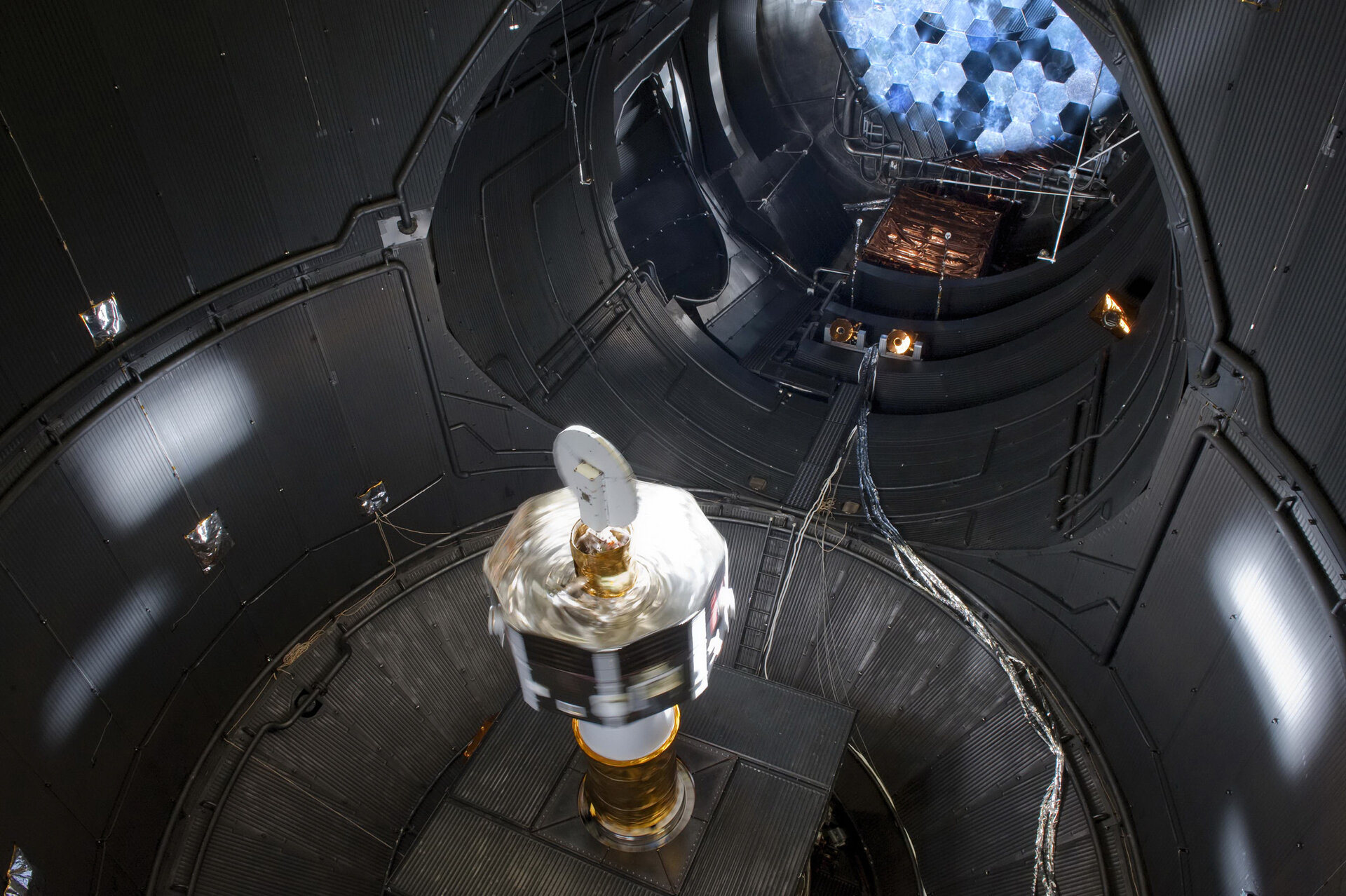 Key components of the ESA-led Mercury mapper BepiColombo have been tested in a specially upgraded European space simulator. ESA’s Large Space Simulator is now the most powerful in the world and the only facility capable of reproducing Mercury’s hellish environment for a full-scale spacecraft.

The Mercury Magnetospheric Orbiter (MMO) has survived a simulated voyage to the innermost planet. The octagonal spacecraft, which is Japan’s contribution to BepiColombo, and its ESA sunshield withstood temperatures higher than 350°C.

This is a taste of things to come for the spacecraft. BepiColombo will encounter fully ten times the radiation power received by a satellite in orbit around Earth and, to simulate this, the Large Space Simulator (LSS) at ESA’s ESTEC centre in the Netherlands had to be specially adapted.

Engineers talk about the power of the Sun in units called the solar constant. This is how much energy is received every second through a square metre of space at the distance of Earth’s orbit.

“Previously, the LSS was capable of simulating a solar constant or two. Now it has been upgraded to produce ten solar constants,” says Jan van Casteren, ESA BepiColombo project manager.

The improvements have been achieved in two ways: the lamps from the simulators are being used at their maximum power and the mirrors that focus the beam have been adjusted.

Instead of producing a parallel beam of light 6 m across, they now concentrate the light into a cone just 2.7 m in diameter when it reaches the spacecraft. This creates a beam so fierce that a new shroud with a larger cooling capacity had to be installed to ‘catch’ the light that missed the spacecraft and prevent the chamber walls from heating up.

BepiColombo consists of separate modules. The MMO will investigate the magnetic environment of Mercury. It is kept cool during its six-year cruise to Mercury by the sunshield. These are the two modules that have now completed their thermal tests.

“The sunshield test was successful. Its function to protect the MMO spacecraft during the cruise phase was demonstrated,” says Jan.

Once at Mercury, most of the Sun’s fearsome heat will be prevented from entering BepiColombo by special thermal blankets. They consist of multiple layers including a white ceramic outer layer and several metallic layers to reflect as much heat as possible back into space.

“The tests allowed us to measure the thermal blanket’s performance. The results allow us to prepare some adjustments for the tests of the Mercury Planetary Orbiter next year,” says Jan.

In addition to enduring temperatures of 350°C, ESA’s Mercury Planetary Orbiter (MPO) will go where no spacecraft has gone before: down into a low elliptical orbit around Mercury, of between just 400 km and 1500 km above the planet’s scorching surface.

At that proximity, Mercury is worse than a hot plate on a cooker, releasing floods of infrared radiation into space. So, the MPO will have to deal with this as well as the solar heat. The MPO begins its tests in the LSS in the summer.