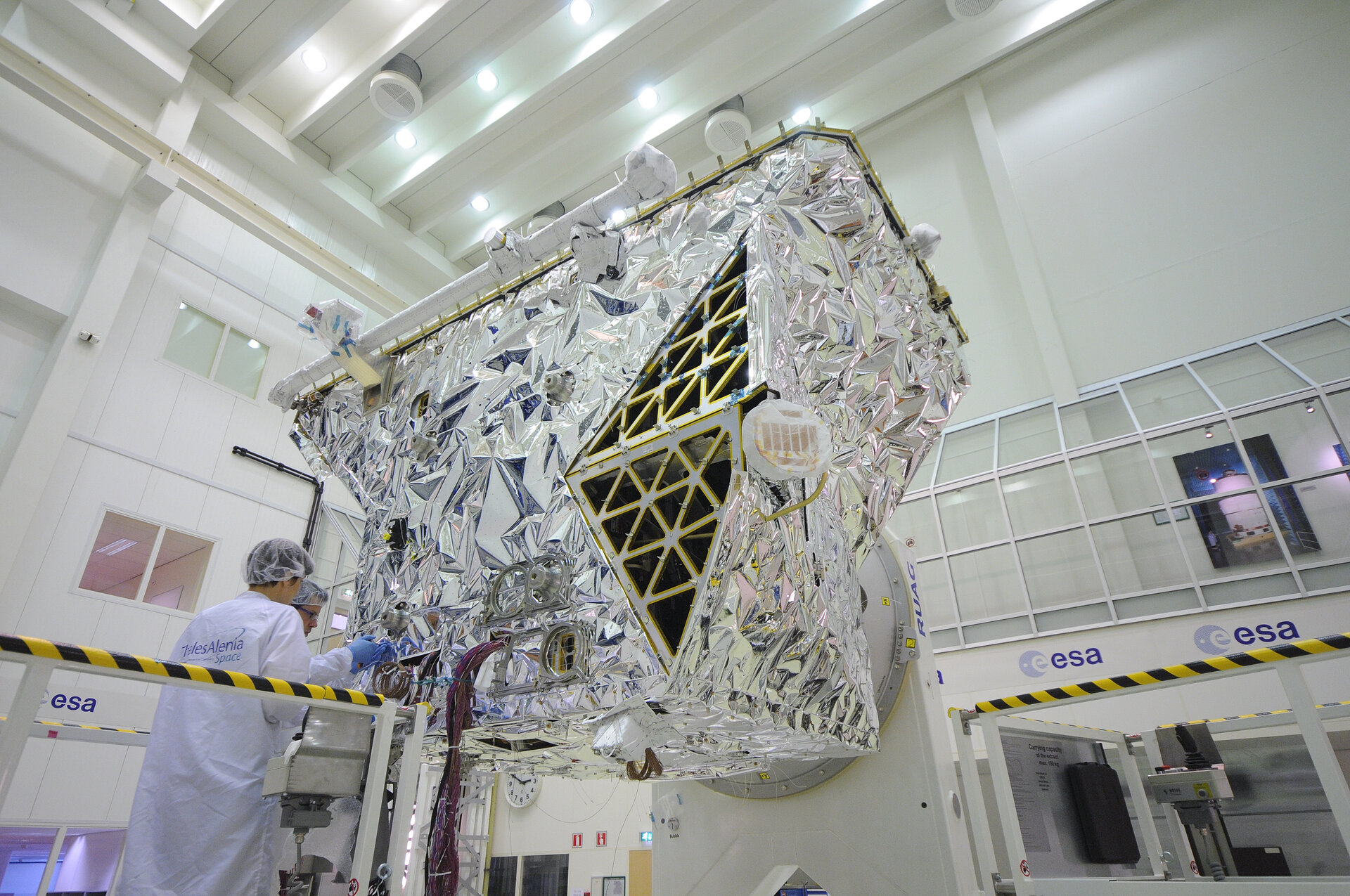 ESA is recreating the intense sunlight and sustained heat encountered around Mercury, the innermost planet of the Solar System, inside the largest vacuum chamber in Europe.

A highly accurate, full-scale engineering model of the final MPO arrived at ESA’s ESTEC Test Centre in Noordwijk from Thales Alenia Space Italy in Turin on 29 July. It is being placed inside the Large Space Simulator, the largest vacuum chamber in Europe, which is big enough to house an up-ended double-decker bus, and can maintain space-quality vacuum for weeks on end.

The LSS has been specially upgraded to mimic the tenfold increase in solar illumination experienced at Mercury’s distance from the Sun. Its 19 IMAX-projector-class light bulbs are unaltered, but the 121 hexagonal mirrors that reflect their simulated sunlight into the vacuum chamber now provide a much tighter focus for increased intensity.

These illumination levels are so intense that clever engineering was needed to maintain the chamber temperature within safe limits: an extra thermal shroud installed along the simulator walls has increased the flow of liquid nitrogen by more than sixfold, averaging 5000 litres of the –196ºC liquid every hour of each two-week test.

To withstand such extreme conditions, the MPO itself is shrouded in high-temperature blankets and special coatings to help keep it cool, while its interior is fitted with a maze of heat pipes. These pipes work like a closed-loop version of human sweat glands to transport excess heat from MPO’s sunward-side to a radiator facing the other way.

This 2 m x 3.6 m radiator is itself protected by a unique set of coated louvres that prevent the radiator ‘seeing’ the hot planet below it while still permitting its heat to escape to deep space.

The BepiColombo testing began last year with test versions of Japan’s Mercury Magnetosphere Orbiter – which will orbit further away than the MPO and so faces lower levels of heat radiated from Mercury’s surface – plus the ESA-built sunshield that will keep it shaded during its journey to Mercury.

This year, as well as testing the MPO replica, the project will go on to test the Mercury Composite Spacecraft, which is the combination of both orbiters plus sunshield and transfer module that will taxi them across interplanetary space using solar electric propulsion.

BepiColombo’s launch is planned for 2014, arriving in Mercury orbit in 2020. To get more details of current test activities, visit the right hand link.