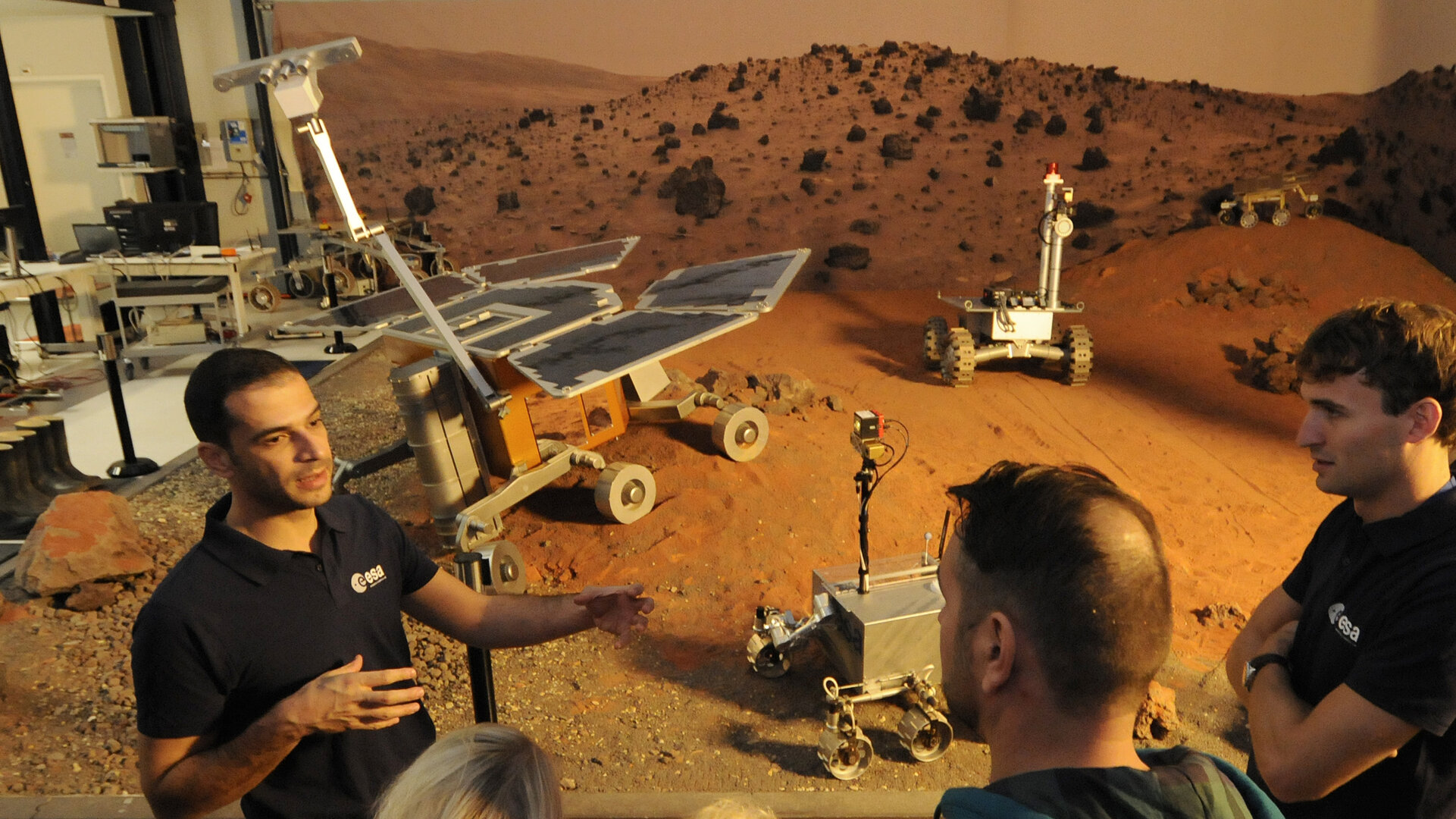 Europe’s largest place for space is little visited, but hugely influential: this October you get the chance to see for yourself. ESA’s technical centre ESTEC is opening its doors to the public – a must for all space enthusiasts.

Mark your calendar: this year’s ESTEC Open Day will take place on Sunday 4 October – the 58th anniversary of the launch of Sputnik-1 – as part of the Netherlands’ national Weekend of Science and World Space Week.

This will be your chance to meet astronauts and space experts, tour key facilities and examine actual space hardware in close-up, including the flight model of the IXV spaceplane – which last year performed a fiery plunge down from orbital altitude – and the multiple spacecraft making up the BepiColombo mission to Mercury, set to be launched in early 2017.

This year’s event will focus on our longer-term space future, highlighting the novel technologies being developed to change the space industry state-of-the-art, and the new destinations being opened up in the process.

Innovations such as telerobotics, 3D printing and advanced automation mean that the coming half century of space exploration is likely to be radically transformed – come learn more from the very experts developing them.

Easily accessible from Amsterdam and The Hague, ESTEC is made up of a sprawling complex of buildings nestled beside the coastal dunes of Noordwijk. It includes a suite of technical laboratories, the Erasmus centre – ESA’s human spaceflight research facility – and a dedicated facility for testing full-sized satellites.

This is the place where Europe’s Rosetta comet-chaser was first conceived and designed, then tested in advance of its interplanetary odyssey – and where the Rosetta project team remain based to this day, not to mention a 4 m-diameter 1:1100 scale model of target comet 67P/Churyumov–Gerasimenko – itself on view for Open Day.

A host of other missions also owe their origins to ESTEC, from the very first European satellites more than four decades ago to the forthcoming BepiColombo mission to Mercury and the ExoMars missions to the Red Planet – along with Juice, the Jupiter Icy Moons Orbiter, now in preparation.

ESTEC has also spawned its own Business Incubation Centre, creating new start-up companies by applying cutting-edge space technologies to terrestrial markets, many of which will be exhibiting their products and services at the event.

The entire family are welcome at the ESTEC Open Day; visitors will tour the site at their own pace, with dedicated children’s areas along the route.

Noordwijk, ESTEC’s home city, is additionally planning an entire month of space-related activities through October, celebrating its status as the ‘space coast’ of the Netherlands.

Full details of the event will be given later this summer, with registration opening on 31 July. Meanwhile, please reserve the date for now.