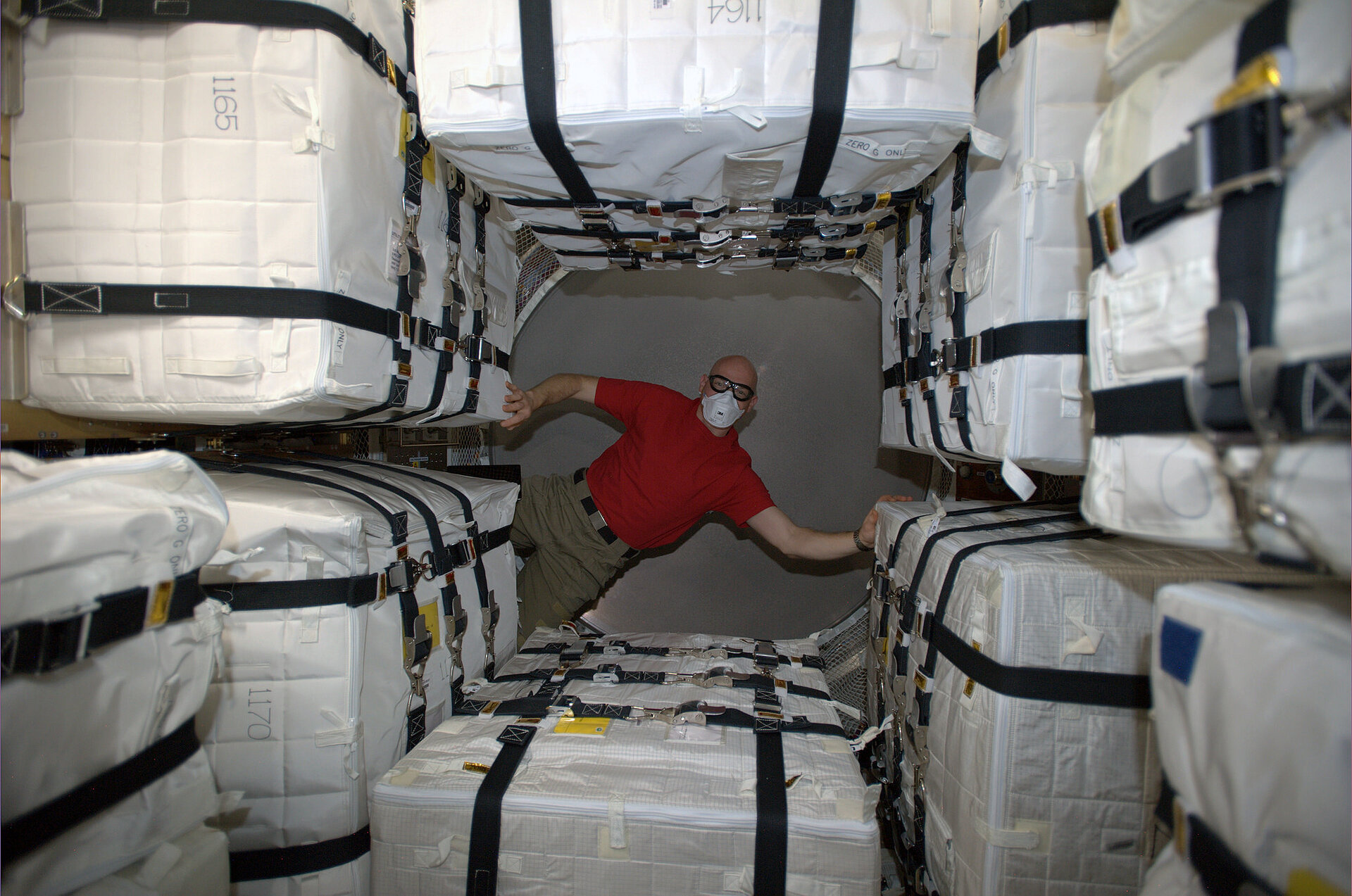 As International Space Station crewmen unpack the many cargo bags delivered aboard ESA’s ATV space freighter, they are working with some of the cleanest items – carried within one of the cleanest interiors – yet flown in space.

Any unwanted contaminants on the ATV that docked at the International Space Station on 12 August could impact both the astronauts, who have weakened immune systems as a consequence of spaceflight, and the Station itself.

To prevent this, ATV Georges Lemaitre (ATV-5) was built in a clean, sterile environment and was subject to rigorous cleaning to eradicate any unwanted contamination.

Cleanliness campaigns have been carried out for all five of the spacecraft, with specialists from ESA’s Directorate of Technical and Quality Management working alongside the ATV programme team, Arianespace, Airbus and other ISS partner nations. Procedures have grown more rigorous over time.

Workers building and outfitting ATV-5 donned full body ‘bunny suits’, incorporating breathing filters. This is essential because the human body is itself a significant source of contamination. Breath, sweat, shedding hair and skin cells are all potential carriers for unpleasant things.

The Russian Mir space station, at the end of its 15 year lifespan, fell victim to an acid-producing fungus. This affected the plastic, glass and titanium surfaces on board.

To prevent these kinds of events the team in French Guiana regularly exposed containers of nutrient gel in and around the ATV 5 vessel. Working with the Pasteur Institute in nearby Cayenne, they then incubated the gel to measure the microbe colonies that developed on it.

ATV-5 was of course manufactured and packed in cleanroom surroundings, but some bacteria, viruses and fungi inevitably make it through, demanding strict cleaning procedures.

“Also widely used in hospitals, H202 has the advantage of rapidly breaking down into hydrogen and water, so there is no chemical residue, and no damage to the equipment it cleans.

“Follow-up sampling is then performed to check the disinfection process has been effective – typically it has.”

In addition the team tested all of the cargo bags used to carry the payloads, and whenever any last-minute additions are made, the tests were carried out again, repeating the process.

‘Foreign object debris’ is a term for any small particles or even tinier particulates that could be inside or outside the spacecraft. In advance of launch outside surfaces were cleaned, visually spot-checked then checked again under intense lighting.

Any layer of dust might not have allowed a seal to properly form when it came to docking. Indeed, foreign material might even have interfered with the sensors guiding ATV-5 to dock with the ISS.

Larger floating particles, such as those produced by screwing in base plates, had to be monitored because of the inhalation risk or the potential damage they could do to the eyes of astronauts in microgravity.

Once identified, particulates were removed in various ways, starting from small-scale wiping and vacuuming up to flushing and replacing all the air within the ATV and surrounding launch fairing.

One final cleanliness inspection was carried out before the late-loading vertical ATV hatch was closed for good, in advance of launch. A worker and camera were lowered down on a hoist that had itself been thoroughly cleaned first.

All materials other than metals give off fumes over time – think of the distinctive smell of a new car. The problem is, above certain concentrations, these ‘volatile organic compounds’ might actually be hazardous, especially for the astronauts charged with opening the ATV .

“The challenge is that while the payloads are compliant individually, all the off-gassing constituents of the entire cargo module may still add up to a slightly unpleasant or unhealthy environment,” adds Thomas.

Once ATV is docked, air toxicity predictions performed on the ground before launch were used to calculate if any risk existed for the crew.

For additional certainty an air scrubber was installed to clean the air for a few hours before the crewmen made their entry.