The nitrifying compartment's main function is to cycle NH4+ evolved from waste to nitrates, which is the most favourable source of nitrogen for higher plants. The compartment is composed of a mix Nitrosomas and Nitrobacter which oxidise NH4+ to NO2– and NO2– to NO3– respectively.

As this compartment is a fixed bed reactor, the importance of the hydrodynamic factors is slightly more important as well as more complicated. Therefore, the activity on this compartment has been focused on two areas:

A pilot reactor has been built and is running since 2014. 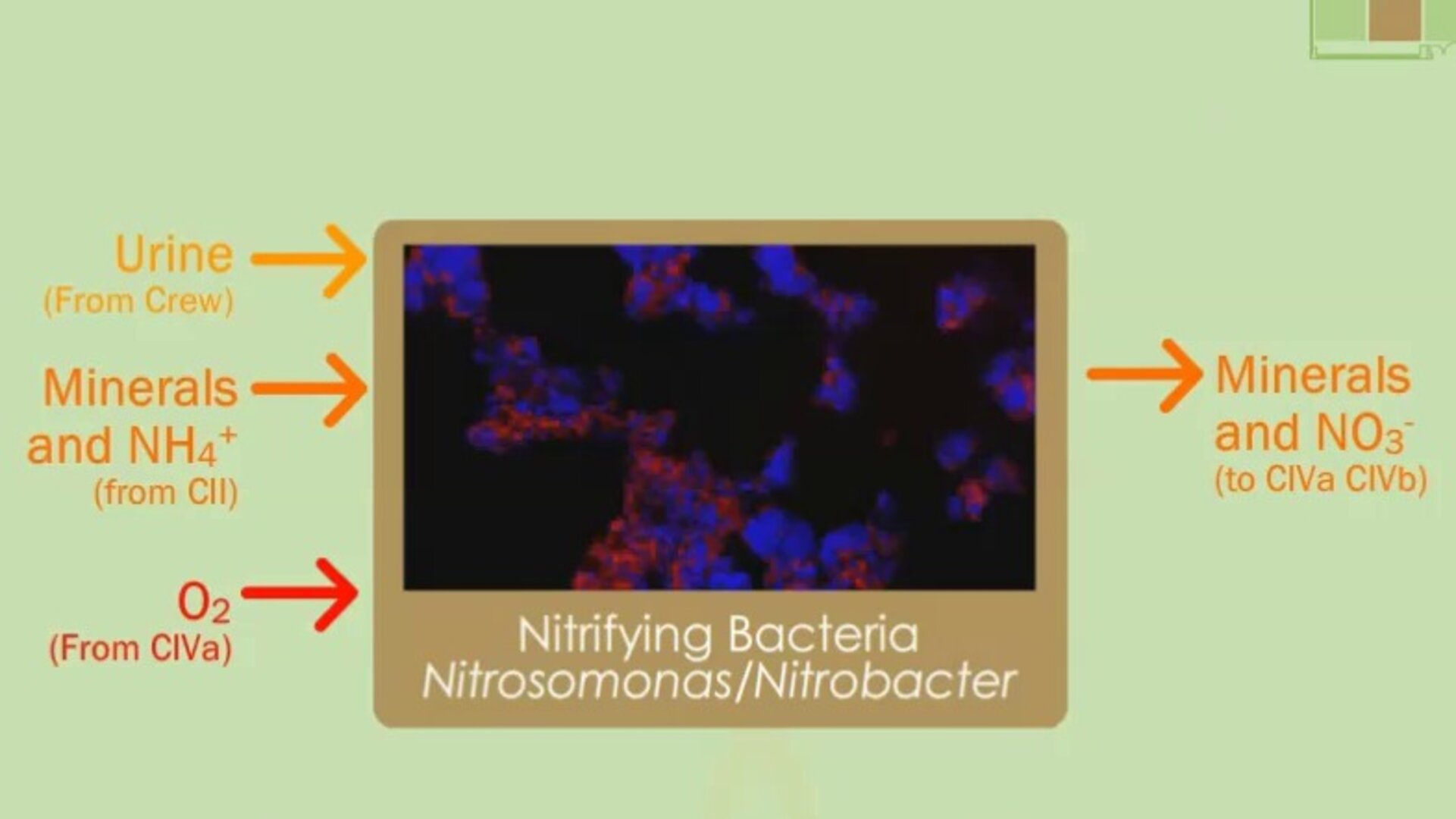